currently, there are delays in the supply of ferrous metals in Central Europe 2-3 days from the normal time of transportation. 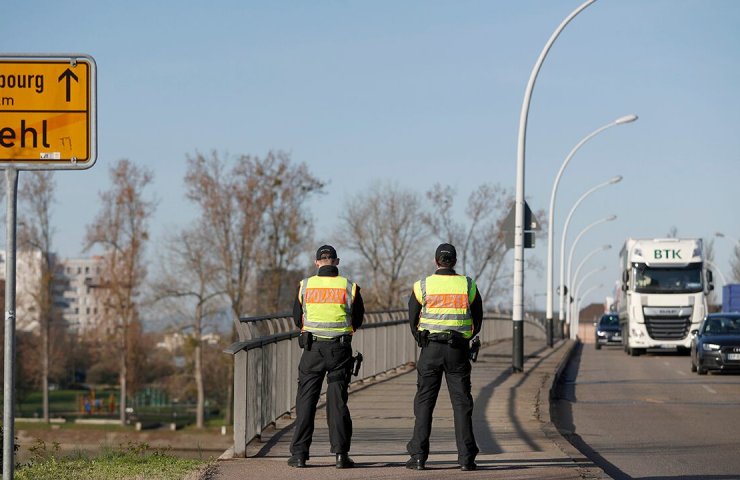 On the market is anxious that new border rules the European Union, designed to slow the spread of the coronavirus in the coming weeks will disrupt trade flows of basic metals and metal products.

After the announcement of Italy to close from March 10 to April 3 their European countries began to understand the plans to close or additional checks at the borders. This will delay delivery of raw materials, metals and finished products throughout Europe, as the free movement of goods temporarily suspended for dealing with an outbreak of coronavirus.

the day after it started locking a Italy Austria introduced border checks to stop the entry of people from Italy, with the exception of those who were passing through Austria without stopping, and for the transport of goods. Austria is an important transit point between Italy and Germany.

Border controls on the border between Austria and Italy created a bottleneck and queue "truck with a length of 50-60 km," said one of the consumers of the metal.

it is Expected that this will delay delivery truck for 2-3 days, while all other supply basic non-ferrous metals and scrap remain normal, said the consumer.

the Situation in Europe remains unpredictable, as more countries are adopting such measures as forced closures. Germany announced that from today it will close its borders with France, Switzerland, Austria, Denmark and Luxembourg. And Spain, which ranks second in Europe in number of cases of coronavirus after Italy, today set a two-week national lock.

In Italy and Spain there are many manufacturers of metals, including copper producers, wire rod manufacturers, steel mills, foundries and casting machines. If the restrictions will affect the production, this could significantly reduce the demand for base metals and scrap in Europe.

most of the plants continue to operate despite the lock-in Italy and Spain, but many of them are forced to close, if there are infected personnel.

"We are currently working, but there are some companies that are closed due to infections within the company," said the manufacturer of aluminum alloy.

Many aluminum extruders based in Brescia in Lombardy is the most affected region of Italy is still working.

"Italian lock currently allows transportation and production - that's why still working," said one Italian extruder. "But, of course, the situation may change at any time."

If the production in Italy is broken, it can affect the supply chain in the rest of Europe.

in addition, the closure of borders and quarantine measures have not allowed cross-border workers to get to work, disrupting the metallurgical industry.

"Every day they announce a new village or town a high risk area," said one of the German dealers. "If you live there, you just need to stay home."

Italy is the fourth largest economy in Europe and one of the biggest markets for the production of the base metal.