New sanctions will be introduced during the Trump administration, but their harshness may be mitigated by President-elect Biden's desire to improve relations with Germany. 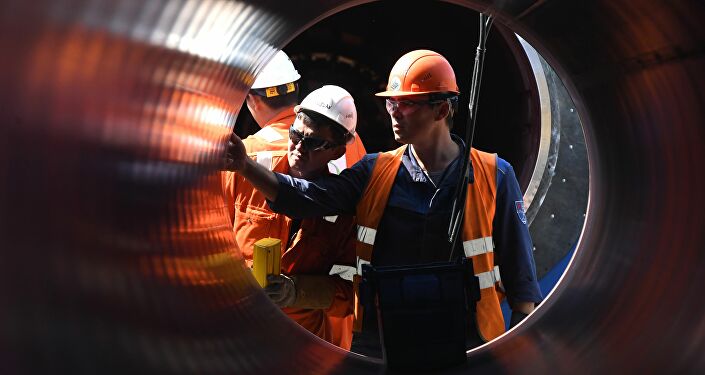 The US Congress is expected to pass new sanctions by the end of the year aimed at disrupting the completion of the Nord Stream 2 gas pipeline from Russia to Germany as part of a broader defense spending law.

The House of Representatives and Senate formed a committee yesterday to agree on versions of defense legislation that each house passed earlier this year. The two versions agree to impose new sanctions against companies involved in the construction of the offshore section of the nearly completed Nord Stream 2, as well as organizations that provide underwriting and insurance for pipe-laying vessels and promote ship re-equipment and modernization. A similar legislative move last year thwarted the completion of the project as it forced the Swiss contractor Allseas to remove the pipe-lay vessel from the project.

The Nord Stream 2 Consortium does not disclose which vessels will be used on the unfinished 100-mile (160 km) section of Nord Stream 2 in Danish and German waters.

A key issue that needs to be resolved is a provision in the Senate's version that provides for sanctions against any organization that "provides testing, inspection or certification services required or associated with the operation of the Nord Stream 2 pipeline." This wording is so broad that it could potentially even be applied against German and Danish regulators.

The implementation of the law is likely to happen in the final weeks of Donald Trump's presidential term, which ends January 20, and before the arrival of a new administration led by President-elect Joe Biden. Some lawmakers are pushing for the White House to abandon part of the sanctions law or include a requirement to coordinate sanctions with European allies in light of opposition from the German government.

"Coordination should be more than just a warning five minutes before the start of the sanctions policy," says Alexander Schonfelder, Deputy Director General of the German Foreign Ministry for Economic Affairs. “Needless to say, sanctions against allies are unacceptable.”

Schoenfelder's argument is likely to gain more acceptance in the Biden White House than in the outgoing administration of President Donald Trump. The latest guidance released by the Department of State has set a deadline today for companies and organizations providing goods and services to ships used to lay the last offshore segment of the pipeline to scale back or face sanctions.

Biden's team promised to impose new sanctions against Moscow in connection with the alleged Russian interference in the US elections, while not saying a word about the Nord Stream 2 project. Given Berlin's resistance to new sanctions and Biden's pledge to improve relations with the EU, his administration should focus on reducing the strategic risks of Nord Stream 2, says former State Department sanctions coordinator Dan Fried. Fried said this mitigation could take the form of working with the EU to create new infrastructure for LNG imports and pipeline connections, as well as offering support to Ukraine should it lose revenues from Russian gas transit.

With the departure of Trump, Moscow is losing its supposed ally in the White House - Russian President Vladimir Putin is one of the few foreign leaders who have not yet congratulated Biden on his victory. But relations between the United States and Russia, even under Trump, have reached a "stable but negative state," with little room for improvement, says Undersecretary of State Stephen Bigan. "This improvement can only happen if, firstly, you find sentiment and willingness here in the United States, and secondly, if the Russian Federation begins to take such interaction seriously enough," he said. p>

Recommended:
Worldwide steel market has gone crazy - President of the Polish Stainless Steel Association
Australian schoolchildren file class action lawsuit in Melbourne court against coal company
PolyMet wins Minnesota court ruling on $ 1 billion mine
On this topic
Yuzhmash told whether it is possible to launch reusable rockets from the Black Sea
Denmark gave Nord Stream 2 the green light to continue laying pipe
The Swiss-Dutch company Allseas stopped the construction of the "Nord stream-2"
US senators warned the company Allseas about the "fatal legal and economic sanctions"
U.S. seeks closing of the companies involved in the construction of "Nord stream 2"
Nord Stream 2 investors will sue the European Union
Add a comment
Сomments (0)
News Analytics
Siemens Energy promised Deutsche Welle to closely monitor democracy in Belarus06-03-2021, 10:32
US and EU suspend the collection of duties that were imposed against each other05-03-2021, 22:48
Turboatom and Electrotyazhmash discussed prospects for cooperation under05-03-2021, 19:04
DMZ Yaroslavsky in February almost doubled the production of rolled products05-03-2021, 18:19
Sanjeev Gupta Metallurgical Alliance Stops Paying Greensill Loans05-03-2021, 18:18
Spread between raw materials and high strength alloy steel in Europe increased01-03-2021, 20:21
Increase in prices is forecasted in the markets of steel raw materials -26-02-2021, 09:25
Troy ounce of gold will drop $ 500 in two years - Fitch25-02-2021, 18:29
Global iron ore production growth to outstrip cumulative production in India23-02-2021, 10:22
Fitch Ratings Warns of “Shocking Impact” on Fossil Fuel Exporters18-02-2021, 14:44
Sign in with: