According to the latest documents, the share of steel purchased by the government in the UK has almost doubled since last year. 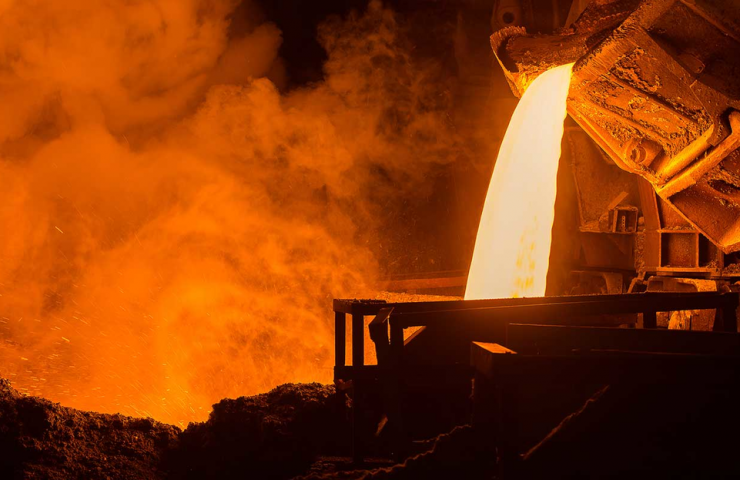 The Department of Business, Energy and Industrial Strategy of the UK government said that steel purchases from domestic producers have almost doubled since the beginning of this year.

It noted that all government departments comply with guidelines for purchasing steel from UK mills, where applicable.

The share of steel purchased in the UK for government projects is reported to be 77%, up from 40% last year. The value of contracts with UK suppliers also increased by 20%, from £ 67 million to £ 81 million.

The estimated steel demand of almost five million tonnes is linked to the central government's infrastructure plans for the next decade.

Large-scale measures to support the UK steel industry include over £ 480 million to cover electricity bills since 2013 and provide guidance to help UK manufacturers have the best chance of winning and participating in public sector tenders. </p >

Recommended:
400 students and students of specialized educational institutions will undergo practical training at Zaporizhstal
AvtoVAZ announced the largest recall campaign in 2.5 years
Prices for gasoline and diesel fuel will rise in Ukraine - Derzhzovnishinform
On this topic
The European Central Bank does not believe the coronavirus a "catastrophe" for the economy
Eurofer: problems of the European steel market will last until the second half of 2020
Eurofer expects demand for steel in the EU by 3.1% and sees no bottom
Prospects for the development of the economy and steel market in the EU in 2019-2020
ArcelorMittal: European steel market kicks off
Steel demand growth forecast in Europe up to 2020
Add a comment
Сomments (0)
News Analytics
Mitsubishi попросила японские компании о временном трудоустройстве своих рабочих28-10-2020, 11:48
Since the beginning of 2020, the staff of Ukroboronprom has been updated by28-10-2020, 10:44
Russian companies are expanding their competencies in creating equipment for28-10-2020, 10:41
Metinvest equips new oxygen points in Mariupol for seriously ill coronavirus28-10-2020, 09:06
Aston Martin: Mercedes will receive a 20% stake in the luxury brand28-10-2020, 09:34
Dolomite powder market to reach USD 33.44 billion by 202705-10-2020, 12:33
Iron ore prices to surpass six-year high soon16-09-2020, 10:32
World Oil Demand Peak May Be Over - BP15-09-2020, 09:05
China expands car market capacity by increasing demand for steel and metals11-09-2020, 10:56
Prices continue to rise in the long and flat steel markets08-09-2020, 14:25
Sign in with: