A spokesman for the European Union said that Iran's transition to uranium enrichment up to 20% would be a "significant departure" from Tehran's obligations under the 2015 nuclear deal. 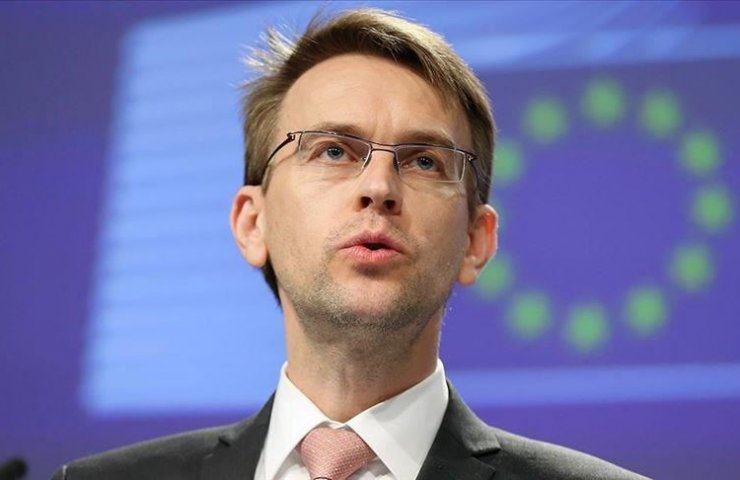 The European Union has warned that raising Iran's uranium enrichment threshold to 20% would be a "significant departure" from Tehran's 2015 nuclear deal.

Iran has begun the process of enriching uranium to 20% purity at its underground facility in Fordow, state media reported earlier Monday, well above the threshold set by the 2015 nuclear deal.

"At the Shahid Alimohammadi (Fordo) enrichment complex, the process of uranium production with enrichment up to 20% has begun," said government spokesman Ali Rabiei.

Iran told the IAEA on December 31 that it will start producing uranium enriched to 20% purity, the level it had before the nuclear deal.

According to the latest available IAEA report, published in November, Tehran has previously enriched uranium to levels above the 2015 Vienna Agreement limit (3.67%), but not exceeding the 4.5% threshold.

After the assassination in late November of Iranian nuclear physicist Mohsen Fakhrizadeh, in which Iran accuses Israel, hardliners in Tehran promised to respond, and the parliament, which is dominated by conservatives, adopted a law "to lift sanctions and protect the interests of the Iranian people."

The bill also calls for the production and storage of "at least 120 kg per year of uranium with enrichment up to 20%", and also requires the UN to stop inspections of Iran's nuclear facilities if the remaining participants in the transaction are Great Britain, China, France, Germany and Russia - will not comply with the free oil trade regime.

Iranian officials, including Foreign Minister Javad Zarif, said the government would comply with the parliament's decision. At the same time, Tehran declared its readiness to cooperate with US President-elect Joe Biden after four tense years of Trump's rule, who re-introduced and strengthened tough sanctions against Tehran after the US withdrawn from the nuclear agreement.

Israeli Prime Minister Benjamin Netanyahu reacted angrily to the news of the enrichment.

“Iran’s decision to continue to violate its commitments, increase enrichment levels and expand industrial capacity to enrich uranium underground cannot be explained in any way other than its ongoing commitment to develop a military nuclear program,” Netanyahu said in a statement. "Israel will not allow Iran to produce nuclear weapons."

Meanwhile, on Monday, the Islamic Revolutionary Guards hijacked a tanker flying the South Korean flag in the Persian Gulf, claiming it was due to an" environmental hazard ".

Финансовая аналитика, прогнозы цен на сталь, железную руду, уголь и другие сырьевые товары. More news and analytics on Metallurgprom telegram channel - subscribe to get up-to-date market information and price forecasts faster than others.
Сomments
Add a comment
Сomments (0)
On this topic
Iran's decision to produce uranium metal could drive up oil prices
Iran will allow IAEA experts to continue work
Iran is satisfied with the reaction of the world community to 60% enrichment of uranium
Stocks of uranium enriched to 20% in Iran exceeded 120 kilograms
IAEA donated a truck to Moldova to transport hazardous nuclear and radiation materials
Production of uranium concentrate in Iran will be increased eightfold to 35-40 tons per year
Recommended:
Brazilian steel industry expects modest growth in 2023: Aço Brasil
The European Union has sharply increased purchases of Russian titanium
The owner of the Dnipro iron and steel works commented on reports of absentee arrest in the Russian Federation
News Analytics
Analysts predict 5% annual growth in the iron casting market through 203006-12-2022, 12:44
Oman to build a new steel plant worth $3 billion in 3 years06-12-2022, 12:14
Tesla's Shanghai gigafactory set a new record for electric vehicle shipments in05-12-2022, 15:24
Sanjeev Gupta may lose control of his steel plants in Belgium05-12-2022, 13:55
Steel demand and weather in Australia will affect coking coal prices05-12-2022, 13:16
Analysts predict 5% annual growth in the iron casting market through 203006-12-2022, 12:44
Commodity prices will fall, metals quotes will rise slightly - Focus Economics28-11-2022, 13:28
Platinum market to face shortage next year - WPIC22-11-2022, 18:25
Global steel demand falls and will fall by 2.3% in 2022: WorldSteel19-10-2022, 23:12
Iron ore prices fall to 11-month low15-10-2022, 10:36
Sign in with: