EU gets WTO permission to increase duties on US imports

Disputes between the EU and the US on subsidizing aircraft manufacturers have been going on since 2004. 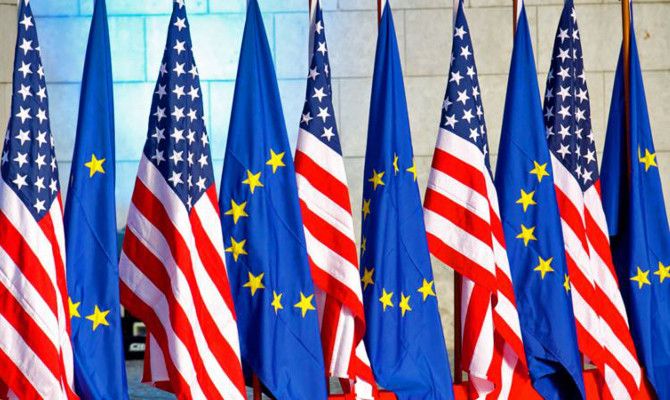 The Appellate Body of the World Trade Organization (WTO) on Monday officially allowed the European Union to take countermeasures for Washington's illegal subsidies to the Boeing Co concern and to increase duties on imports from the United States by up to $ 4 billion.

"The European Commission is preparing countermeasures in close cooperation with the Member States (EU), - said, commenting on this decision, the Deputy Chairman of the EC Valdis Dombrovskis. - The preferred outcome for us remains a settlement through negotiations with the United States. To this end, we continue actively interact with my American counterparts and I am in regular contact with US Trade Representative Robert Lighthizer. In the absence of an agreed result, the EU will be ready to take action in accordance with the WTO ruling. "

In March 2019, the WTO Appellate Body confirmed most of the EU's claims against the US.

Recommended:
The Verkhovna Rada of Ukraine registered a bill on decarbonization of the economy
Electricity consumption by industry in Ukraine decreased by 28% over 10 years
Tens of thousands of jobs in the Ukrainian metallurgy under the threat of reduction - A. Kalenkov
On this topic
Airbus will cut aircraft production by a third due to coronavirus
Airbus suspends production in France and Spain
US increases tariffs on European planes with 10 to 15%
Boeing received in 2019 more bounce from deliveries than orders for new aircraft
Emirates airlines is buying 50 new Airbus A350 aircraft
Investigation results: The crash of the Boeing 737 Max Lion Air was caused by a combination of 9
Add a comment
Сomments (0)
News Analytics
German high-speed trains will ride on Ukrainian wheels30-11-2020, 16:26
Diplomatic squabble between Beijing and Canberra crashes coke imports into China30-11-2020, 15:53
The European Commission announced the reduction of industrial emissions by 2%30-11-2020, 15:43
Ukraine does not plan to release shells and cartridges in the coming years -30-11-2020, 15:59
UK investigates human death due to air pollution for the first time in history30-11-2020, 14:37
European Union scrap collectors worried about possible export restrictions18-11-2020, 10:41
Occupational diseases of workers in the extractive industry: types and ways to16-11-2020, 17:49
Eurofer expects recovery in EU steel demand05-11-2020, 09:47
Hot rolled carbon steel demand will continue to grow by 4% pa until 203004-11-2020, 16:14
Platts Steel Trade Review: China Will Decide Asia's Fate30-10-2020, 10:04
Sign in with: