As reported by Bloomberg, the size of the discussed financial assistance is higher than the market value of the concern. 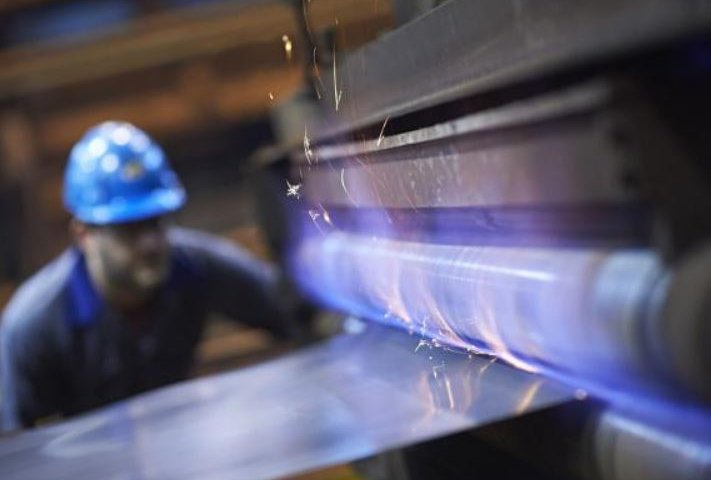 German metallurgical giant Thyssenkrupp AG is in talks with the German government to provide a state aid package of at least 5 billion euros, which is well above the group's current market value. About this reported by Bloomberg.

The government of Chancellor Angela Merkel has expressed its willingness to provide financial support for the steel division of the enterprise and ensure the future of domestic production of environmentally friendly steel, according to people familiar with the matter.

While a wide range of assistance is still being discussed, the steelmaker and politicians are preparing a state support program in the amount of about 2 billion euros in liquidity and at least 3 billion euros in grants intended to switch to green steel that does not contain fossils as part of the hydrogen metallurgy development program.

Thyssenkrupp, as well as the Ministry of Finance and Economy of Germany, refrained from commenting.

"We want to keep steel production in Germany," Bloomberg quoted Karsten Schneider, general secretary of the Social Democrats, the youngest coalition party in the Merkel government.

Once synonymous with German industrial excellence and product quality, Thyssenkrupp is now struggling to survive after a series of failed investments in the US and Brazil. The pandemic has exacerbated deep-seated structural problems in the company, which still employs over 100,000 people. Its steel division is facing major challenges as margins have plummeted due to huge pension deficits and cheap steel imports from Asia.

Let us remind you that Thyssenkrupp has recently been selling its assets and is actively looking for a partner to sell part of its metallurgical business in Europe. Indian Tata Steel and British Liberty Steel were named among potential buyers. However, at the moment, the German concern declares that negotiations are not one step forward and the search for a partner will continue.

Recommended:
Krukovka Carriage Works has sent a 1,500th mineral locomotive to a Belarusian customer
In "Ukrmetallurgprom" told how to reduce the tariff for electricity transmission
Underground tunnel operator died at VostGOK mine
On this topic
German politicians increased pressure on Merkel demanding sanctions against the Nord Stream 2 gas
Merkel will not be able to refuse to implement the project "Nord Stream 2" - Bloomberg
The refusal of Merkel to attend the summit of G-7 may be associated with the "Northern stream-2"
Japan called virus crisis "the biggest since the second world war"
ThyssenKrupp sold its Elevator business dropped 17.2 billion euros
The Swiss manufacturer of elevators challenged the sale of Elevator division Thyssenkrupp
Add a comment
Сomments (0)
News Analytics
British Steel Teesside increases headcount for the first time in many years26-11-2020, 19:44
"Bogdan Motors" started manufacturing trolleybuses for KP "Kyivpastrans"26-11-2020, 17:17
Minks infected with coronavirus found near border with Ukraine26-11-2020, 16:44
All Maserati will be electric cars in five years26-11-2020, 16:37
Secret metallurgical equipment for Azovstal arrived in Mariupol port26-11-2020, 15:55
European Union scrap collectors worried about possible export restrictions18-11-2020, 10:41
Occupational diseases of workers in the extractive industry: types and ways to16-11-2020, 17:49
Eurofer expects recovery in EU steel demand05-11-2020, 09:47
Hot rolled carbon steel demand will continue to grow by 4% pa until 203004-11-2020, 16:14
Platts Steel Trade Review: China Will Decide Asia's Fate30-10-2020, 10:04
Sign in with: