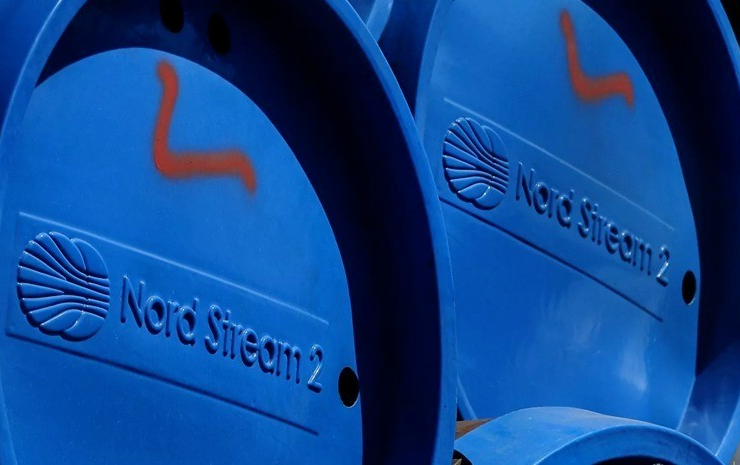 Defense Minister Annegret Kramp-Karrenbauer said that the issue of sanctions against the pipeline through which gas will be supplied from Russia to Germany depends on Moscow's cooperation in figuring out what happened to Navalny.

Foreign Minister Heiko Maas said suspicion would fall on Russia if it could not help resolve this issue.

The German government says Navalny was poisoned with a Novichok nerve agent similar to the one used to kill a former Russian spy in England two years ago.

Moscow claims it sees no evidence of his poisoning.

“I've always said that I don't like the Nord Stream 2 project. It has always been clear to me that the security interests of the Eastern European states and Ukraine should be taken into account, ”the German minister said. When asked whether Germany is ready to authorize this project, Kramp-Karranbauer said: “What happens next depends on the behavior of the Russian side.”

“I certainly hope the Russians won't force us to change our position on Nord Stream 2,” he told Bild am Sonntag newspaper.

What happened to Navalny led several leading conservatives to call on Merkel to suspend the project to build a pipeline to deliver Russian gas to Germany along the bottom of the Baltic Sea, bypassing Poland and Ukraine.

Merkel, who sided with Nord Stream 2, said she should not be linked to the Navalny case.

Финансовая аналитика, прогнозы цен на сталь, железную руду, уголь и другие сырьевые товары. More news and analytics on Metallurgprom telegram channel - subscribe to get up-to-date market information and price forecasts faster than others.
Сomments
Add a comment
Сomments (0)
On this topic
The refusal of Merkel to attend the summit of G-7 may be associated with the "Northern
Germany stated that threatening Iraq with sanctions is "not very useful"
Reuters: EU to extend sanctions against Russia imposed over the annexation of Crimea
Germany will not change its position on "Nord Stream - 2" because of the United States -
Germany will not give up coal mining in the coming years - Angela Merkel
Angela Merkel: up to 70% of the population will be infected with coronavirus
Recommended:
Ukraine arrested Russian metallurgical assets
European steel price rise that began in January will be short-lived - MEPS
The United States refused to comply with the decision of the WTO on tariffs on steel and aluminum
News Analytics
Sanjeev Gupta's Liberty Steel Seemed as Potential Buyer of Aartee Bright Bar07-02-2023, 13:07
Tata Steel showed a steady increase in its revenues07-02-2023, 12:32
Eurofer expects EU steel demand to fall 4.6% in 2022 and 1.6% in 202305-02-2023, 13:31
EU Green Deal should encourage investment in mild steel projects: Eurofer02-02-2023, 16:32
Belarusian steel plant to operate at full capacity from February02-02-2023, 16:56
European stainless steel producers ready to raise prices31-01-2023, 16:16
S&P: Russia will continue to dominate the steel export market in the Black05-01-2023, 11:22
Fitch Analysts Predict Big Drop in Global Steel Consumption This Year14-12-2022, 13:59
Analysts predict 5% annual growth in the iron casting market through 203006-12-2022, 12:44
Commodity prices will fall, metals quotes will rise slightly - Focus Economics28-11-2022, 13:28
Sign in with: