Germany tried to reassure Ukraine about gas transit ahead of Zelensky's talks with Biden. 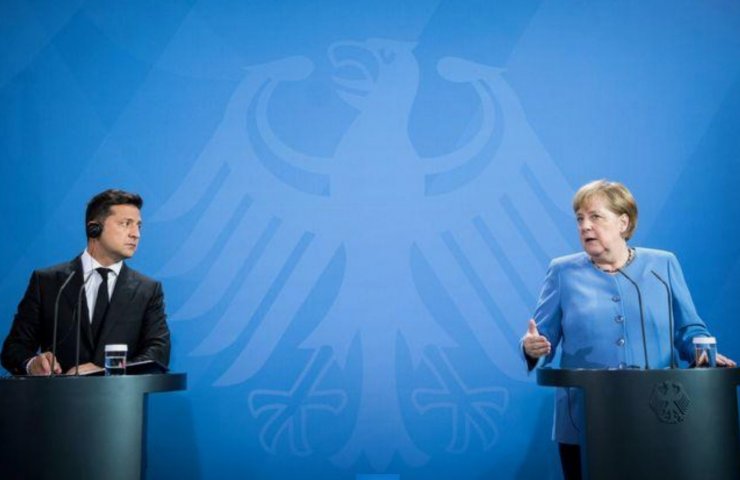 Ukraine can be sure that Germany and the European Union will guarantee its status as a transit country for Russian gas even after the opening of the Nord Stream 2 gas pipeline, German Federal Chancellor Angela Merkel said on Monday.

Merkel made the announcement during a press conference with Ukrainian President Volodymyr Zelenskiy three days before she holds talks in Washington with US President Joe Biden, whose administration is opposed to the pipeline's near-completion.

“The European Union and Germany will make sure that this continues after 2024,” said Merkel. “We have promised Ukraine and we will keep our promise. It is my custom to keep my word, and I believe that this applies to every future chancellor. ”

Washington and Kiev fear that Russia could use a pipeline that will carry Russian gas to Germany across the Baltic Sea to rob Ukraine of lucrative transit fees and potentially undermine its fight against Russian-backed separatists.

Zelensky suggested including the issue of Ukraine's energy security in the so-called Normandy format negotiations, where Ukraine, Russia, France and Germany discuss the status of the conflict in eastern Ukraine.

Earlier in July, the head of the German Ministry of Finance, Olaf Scholz, also said that Germany would also seek to extend the agreement on gas transit through Ukraine. “We are working very actively to make sure that the gas transit agreement between Ukraine and Russia would be extended,” Scholz said in an interview with Bloomberg TV.

According to Scholz, Germany sees its responsibility to ensure transit through Ukraine in the future, and not only for two or three years, but for decades to come.

The current agreement, according to the representative of the German government Steffen Seibert, is valid until at least 2024, but the agreement implies that the parties will check the possibility of extending the agreement until 2034.

In May, Biden lifted sanctions on the company behind the Nord Stream 2 gas pipeline.

Recommended:
German Saarstahl agreed to acquire French metallurgical plants Liberty Steel
Russian metallurgists were asked to free up oxygen supplies for hospitals
Poland starts producing Soviet-style tram rails according to European standards
On this topic
Republicans criticized Biden for waiving sanctions against Nord Stream 2 AG
Akademik Chersky arrives at the Nord Stream 2 pipe-laying site
US to impose sanctions against Nord Stream 2 by the end of the year
German politicians increased pressure on Merkel demanding sanctions against the Nord Stream 2 gas
The Swiss-Dutch company Allseas stopped the construction of the "Nord stream-2"
Who will freeze first, if Ukraine will stop the transit of Russian gas?
Partner news
Сomments
Add a comment
Сomments (0)
News Analytics
Ukroboronprom confirmed the intentions of Antonov State Enterprise to start25-07-2021, 11:15
Gazprom reacted to the refusal of Naftogaz of Ukraine to buy Russian gas with25-07-2021, 11:00
Iron ore has become a strategically important raw material for defense -24-07-2021, 11:06
Vietnam overtook Ukraine in the world ranking of steel-producing states24-07-2021, 11:38
Port "Yuzhny" has set a record for the speed of loading pig iron on a ship24-07-2021, 10:10
On the regional markets of metallurgical products, prices are balancing in a22-07-2021, 16:22
Demand for armaments will ensure a stable growth of armored steel sales by 4%20-07-2021, 10:10
Protectionist Measures Support European Steel Prices Despite Summer Lull19-07-2021, 11:02
Positive price growth is observed in the markets for metallurgical products16-07-2021, 14:12
European steel market is in confusion: price growth has slowed down, but no one21-06-2021, 17:40