German environmental organizations have filed a lawsuit against a US company that has begun cutting down an additional 82 hectares of pine forest near Berlin. 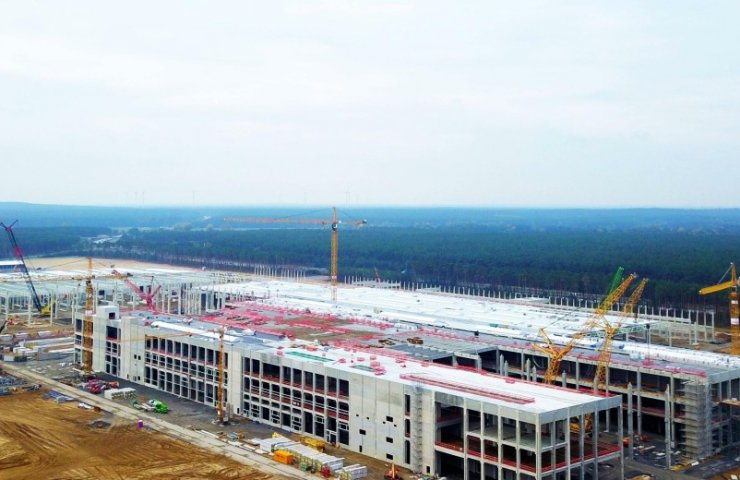 The construction of the Gigafactory near Berlin has been stopped following a complaint from environmental organizations Brandenburg Conservation Union and the Green League, which had previously filed a lawsuit against the clearing of an additional 82.9 hectares of pine forest, announced by Tesla and recently approved by the German State Environmental Agency.

Since it can be assumed that the clearing of 82.9 hectares of forest will take only a few days, further waiting for this decision will practically lead to the settlement of the existing legal dispute, ”the court's reasoning says.

From Tesla's point of view, the still-existing pine forest area is needed to create a sewer line for the factory and storage facilities. Environmental associations do not consider this to be justified and criticize the fact that clearance is also carried out with prior authorization - before the actual approval process is completed.

Recommended:
China's manufacturing PMI fell to 50.6 points
Canada's economy plunges record 5.4% in 2020
Hyundai to replace batteries in 82,000 Kona and Ioniq electric vehicles due to spontaneous combustion hazard
On this topic
WTO to consider Turkey's complaint against European Union restricting steel imports
A German court has blocked the construction of Girafarig Tesla in Berlin
Tesla can count on subsidies from the German government – Minister Altmaier
In Germany banned Uber taxi
The "green deal" will cost the European Union $ 100 billion
ArcelorMittal threatens to close Europe's largest steel mill
Add a comment
Сomments (0)
News Analytics
Bosch launches automotive chip plant in Dresden08-03-2021, 13:45
Eurozone investor morale at its highest rise in 12 months08-03-2021, 12:30
Port on the coast of Pilbara in Australia stops shipments of iron ore due to08-03-2021, 11:14
Coronavirus drove Belgian skiers to the slopes of the Charleroi waste heap07-03-2021, 13:52
US Steel focuses on the production of nanosteel for high-strength alloys07-03-2021, 13:46
Spread between raw materials and high strength alloy steel in Europe increased01-03-2021, 20:21
Increase in prices is forecasted in the markets of steel raw materials -26-02-2021, 09:25
Troy ounce of gold will drop $ 500 in two years - Fitch25-02-2021, 18:29
Global iron ore production growth to outstrip cumulative production in India23-02-2021, 10:22
Fitch Ratings Warns of “Shocking Impact” on Fossil Fuel Exporters18-02-2021, 14:44
Sign in with: