Snakes, rare spruce and bureaucrats have stood in the way of the launch of a € 7 billion German Tesla plant that employs more than 12,000 people. 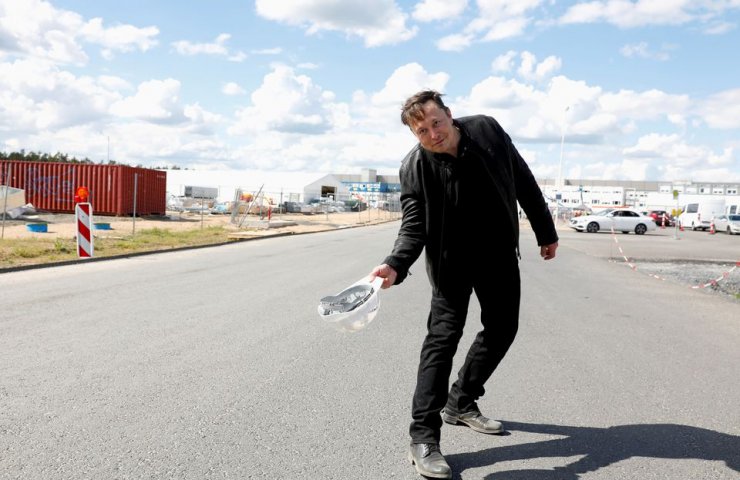 Next Thursday, July 1, was supposed to be the day of the opening of a new "gigafactory" of the American Tesla in Germany in the vicinity of Berlin.

But due to the tough resistance of environmentalists and bureaucrats in the quiet German municipality of Grünheide, today it is completely incomprehensible when electric cars will leave the assembly line of Elon Musk's first European plant.

The EPA in Brandenburg, the state where the € 5.8bn ($ 6.9bn) plant is being built, has yet to give final approval, which means a further delay cannot be ruled out even until 2022 year.

Since 2019, Tesla has been forced to rescue rare animals and snakes, transplant trees and explain the harmlessness of wind and solar power plants to the environmental community of Grünheid. In addition, Elon Musk's company never received a final building permit from the Brandenburg state government.

“I think it would be better if there were less bureaucracy,” Musk said during his last visit to Grünheide in May.

Tesla was supposed to unveil updated plans to launch the Berlin Gigafactory earlier this month, but hasn't released anything yet.

The Grünheide plant consists of several divisions for the production of components and the final assembly of vehicles, including the press room, foundry and bodywork.

It also includes a water treatment plant, a local fire brigade, and a warehouse to transport components and other goods more efficiently. According to the plans, the site's electricity needs will be met by local renewable energy sources.

Once the gigafactory is fully up and running, the facility, which Tesla says will be “the most advanced large-scale electric vehicle plant in the world,” is expected to create 12,000 jobs and have a capacity of up to 500,000 vehicles per year.

Until mid-July, members of the public can view approximately 11,000 pages of Tesla's application documents, including drawings, tables and calculations, at Grünheide Town Hall for the third time they were on display.

As part of this process, anyone can file an objection by August 16 before the Brandenburg EPA decides whether to hold a public comment on September 13.

When the documents were last published in the public domain, there were over 400 objections raised in 2020.

After that, no clear terms appeared. The agency is expected to give final approval at some point - but when is anyone's guess.

Финансовая аналитика, прогнозы цен на сталь, железную руду, уголь и другие сырьевые товары. More news and analytics on Metallurgprom telegram channel - subscribe to get up-to-date market information and price forecasts faster than others.
Сomments
Add a comment
Сomments (0)
On this topic
Korean auto makers will switch to hydrogen engines with help from Chinese steelmakers
Elon Musk will invest in the factory in Berlin 4.4 billion euros
Tesla releases "Long Range Plus" Model S with mileage without recharging 630 km
Canadian investors analyze the prospects for the implementation of "green" projects in
Kherson shipyard accepted for modernization two dry cargo vessels of the Dutch EEMS Werken
Energomashspetsstal successfully passed General Electric qualification
Recommended:
The destruction of the dam of the Kyiv hydroelectric complex will not be a disaster - Ukrhydroenergo
The European Commission plans to create a European hydrogen bank with a budget of 3 billion euros
Chinese scientists discover previously unknown mineral in lunar soil samples
News Analytics
The production of passenger cars in Russia decreased by 2.8 times in eight29-09-2022, 11:19
Donetsk and Torez electrotechnical plants will start producing electrical29-09-2022, 11:37
Ukrainian coking plants reduced gross coke production by 55.2%29-09-2022, 11:28
China ramps up investment in transport to bolster economy29-09-2022, 11:33
The heads of mining companies named the main risks for business29-09-2022, 10:03
China production cuts in winter will give limited boost to steel markets -15-09-2022, 10:09
Steel prices may rise as manufacturers stop production11-09-2022, 14:06
IREPAS: The global long products market is in a "dramatic situation"10-09-2022, 20:49
Steel prices are unlikely to rise significantly in the near future - analysts02-09-2022, 22:58
Steel prices may move up on new data from China31-08-2022, 12:19
Sign in with: