Elon Musk: Tesla plant in Germany will start working in 2021

Having visited the construction site of the Tesla gigafactory near Berlin, Elon Musk expressed his conviction that the production of electric vehicles will start before the end of 2021. 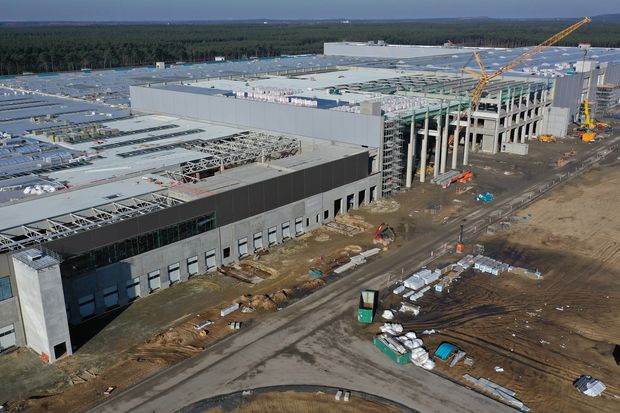 Already at the end of 2021, the Tesla gigafibrika in the federal state of Brandenburg will begin production of cars, the head of the company, Elon Musk, confirmed on Monday, May 17, during a visit to the construction site in the village of Grünheide.

“We've made pretty good progress,” he told Reuters, assessing the pace of construction of the factory.

Musk's visit to Germany is of a "technical nature" and does not provide for meetings with politicians, the Brandenburg authorities emphasized.

Originally slated to begin production in July 2021, Tesla changed the construction proposal to include the world's largest battery plant, along with Tesla's only electric vehicle plant in Europe. Since the additions to the construction plan require careful scrutiny by the regional authorities and the public, a delay of several months is expected.

Musk complained in early April that even 16 months after the initial application, there was no specific date for the final approval of the gigafactory project, forcing Tesla to move forward at its own risk and based on prior approvals.

For the first time, the head of Tesla announced his plan to build a gigafactory near Berlin in November 2019. The design capacity of the plant is 500 thousand electric vehicles per year. The construction of Gigafactory 4, which began in the first quarter of 2020, is progressing at a record pace for modern Germany. Initially, Tesla intends to hire 12,000 people, but local authorities assume that by the end of the decade, the enterprise could create up to 40,000 jobs.

Финансовая аналитика, прогнозы цен на сталь, железную руду, уголь и другие сырьевые товары. More news and analytics on Metallurgprom telegram channel - subscribe to get up-to-date market information and price forecasts faster than others.
Сomments
Add a comment
Сomments (0)
On this topic
The head of Volkswagen considered hydrogen technologies unpromising for the automotive industry
Electric vehicle production in Germany is growing at astronomical numbers - DW
Volvo engineers dropped 10 new rescue vehicles from 30m height (Video)
Volvo to offer customers a full range of electric trucks in 2021
Mercedes-Benz may face sales ban in Germany
Baku Steel Company appoints new director to replace Mammadov, who was arrested the day before
Recommended:
The state will not support the export of metals from Russia - Ministry of Industry and Trade of the Russian Federation
ArcelorMittal invests $25 million in nuclear technology development
Ukraine and the United States announced cooperation in the field of small modular nuclear reactors
News Analytics
China's iron ore output to rise in 2023 as new projects are launched30-11-2022, 18:10
"Centravis" agreed to supply a new batch of seamless pipes to a30-11-2022, 16:51
Metinvest enterprises in Ukraine resumed work after massive shelling of29-11-2022, 11:59
The European Council added the violation of restrictive measures (sanctions) to28-11-2022, 14:22
The abolition of export duty in India may reduce the price of Turkish steel28-11-2022, 14:07
Commodity prices will fall, metals quotes will rise slightly - Focus Economics28-11-2022, 13:28
Platinum market to face shortage next year - WPIC22-11-2022, 18:25
Global steel demand falls and will fall by 2.3% in 2022: WorldSteel19-10-2022, 23:12
Iron ore prices fall to 11-month low15-10-2022, 10:36
China production cuts in winter will give limited boost to steel markets -15-09-2022, 10:09
Sign in with: