Tesla is building a Gigafactory in Germany at its own peril and risk. An environmental permit for the state of Brandenburg has not yet been received. The hearings on this matter will be long, as local residents and public organizations have written more than 800 complaints about the construction of the facility. 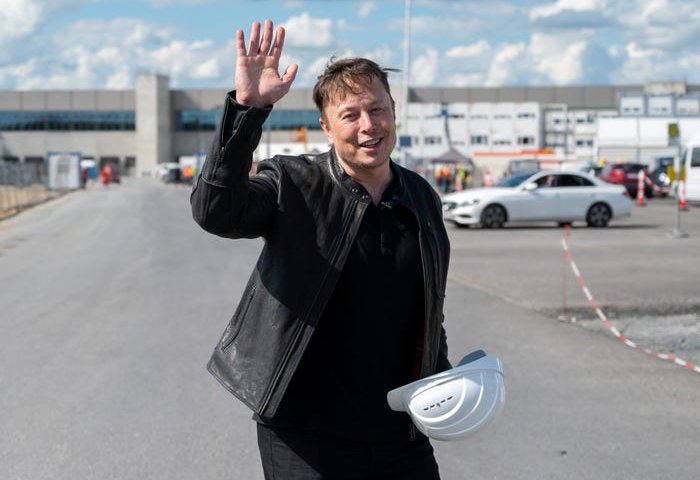 On October 9, the American electric vehicle manufacturer Tesla opens Giga-fest at its plant in Germany. The head of the company, Elon Musk, confirmed his participation in the event on Twitter.

Tesla invites residents of Brandenburg and Berlin to get to know the plant "closer", according to the car manufacturer at a specially created for the event website .

"You will have the opportunity to take a behind-the-scenes tour of the factory, visit stands, take part in various events and ride Model Y, our newest electric vehicle to arrive in Europe," the company said.

Tesla is currently building the Gigafactory at its own peril and risk. An environmental permit for the state of Brandenburg has not yet been received. If the plant does not receive final approval, Tesla will have to restore the site to its original condition at its own expense.

The EV maker originally wanted to start production in July, but then Tesla expanded the construction app to include the construction and operation of a battery manufacturing plant. The Brandenburg State Environment Agency has received over 800 objections to the construction of the facility from citizens and organizations.

However, the fact that Tesla can count on government funding for a battery plant planned at the Grünheide plant indicates a rather positive outcome of the case. The electric car maker will receive 120 million euros from Brandenburg, as has already been decided by the relevant committees of the regional parliament.

The final decision on additional federal funding has not yet been made. It is reported that Tesla will receive around € 1 billion through the Federal Ministry of Economics' Second European Battery Cell Program (IPCEI) is only a formality.

Финансовая аналитика, прогнозы цен на сталь, железную руду, уголь и другие сырьевые товары. More news and analytics on Metallurgprom telegram channel - subscribe to get up-to-date market information and price forecasts faster than others.
Сomments
Add a comment
Сomments (0)
On this topic
Tesla Berlin Gigafactory construction halted again
Tesla in Germany faced problems and it is unclear when it will be able to launch its
Elon Musk: Tesla plant in Germany will start working in 2021
On June 3, Tesla will start selling an electric car that can accelerate to 100 km /h in less than 2
Tesla's Berlin Gigafactory to be fined for installing devices not approved by the authorities
Elon Musk presented the fastest electric car in the world Tesla Model S Plaid (Video)
Recommended:
The converter shop of the steel plant in Kamensky, Dnepropetrovsk region, resumed work
Norwegian startup to build €4bn green steel plant
The US continued to reduce steel imports in December year-on-year
News Analytics
European steel price rise that began in January will be short-lived - MEPS26-01-2023, 14:44
Steel production in China rose in the first decade of January26-01-2023, 12:30
UK is ready to give 300 million pounds to save British Steel20-01-2023, 21:31
Carriage building plant in Kremenchug stopped production due to debts20-01-2023, 21:11
Europe's passenger car market records its worst year since the turn of the20-01-2023, 21:03
S&P: Russia will continue to dominate the steel export market in the Black05-01-2023, 11:22
Fitch Analysts Predict Big Drop in Global Steel Consumption This Year14-12-2022, 13:59
Analysts predict 5% annual growth in the iron casting market through 203006-12-2022, 12:44
Commodity prices will fall, metals quotes will rise slightly - Focus Economics28-11-2022, 13:28
Platinum market to face shortage next year - WPIC22-11-2022, 18:25
Sign in with: