British billionaire Sanjeev Gupta is determined to enter the chain of major steel suppliers for the automotive industry. 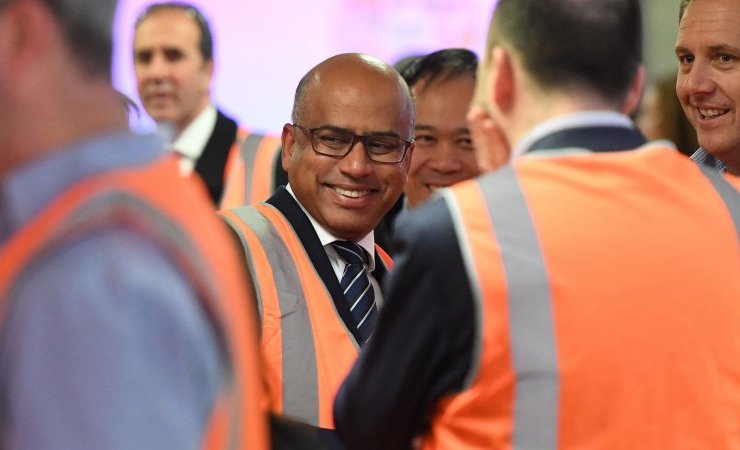 As reported by Argus sources close to situation, British steelmaker Liberty Steel will submit a binding bid today for the purchase of ThyssenKrupp Steel Europe.

The application estimates the unprofitable division of the German concern at several billion euros and follows an optional indicative proposal made a few months ago.

If Liberty acquires the steel business in Germany, it will provide its own raw materials for the Liege-Dudelange electroplating plants, as well as all subsequent Liberty plants and its customers. It will also mark the transition of the business into the automotive steel supply chain, which will be a watershed moment for Liberty, which until now has had a very limited presence in Europe.

According to Deutsche Bank, any deal on the sale of German assets could bring the factories € 200-300 million in savings. Competition concerns are also likely to be less, given the slight overlap in customer base - ThyssenKrupp Steel Europe is heavily focused on the automotive industry, while Liberty sells mostly general industrial segments.

According to recent reports, ThyssenKrupp is also exploring the possibility of spinning off a division through a share listing. Some shareholders and unions question whether the Liberty division should be sold.

Recommended:
Elon Musk invited Vladimir Putin to the online chat Clubhouse
Georgia's economy shrinks by 11.5% in January
The Ukrainian government will close two coal mines in Donetsk and Lviv regions
On this topic
Thyssenkrupp says it will cost too much to support the German government
Sanjiv Gupta one of these days will find out all the financial secrets of the largest German steel
British billionaire Sanjeev Gupta raises the stakes in race for Thyssenkrupp Steel assets
The German utility will help Thyssenkrupp to switch to hydrogen in steelmaking
The European auto Association have adopted a joint plan to resolve coronaries
Is the German auto industry preparing for a collapse?
Add a comment
Сomments (0)
News Analytics
Georgia's economy shrinks by 11.5% in January26-02-2021, 21:21
Ukraine retained its position in the world ranking of steel producers and rose26-02-2021, 15:52
ArcelorMittal has raised prices for galvanizing for the European market to 90026-02-2021, 13:23
The European Commission initiated a new investigation on steel imports to26-02-2021, 13:22
A rally of workers of the stopped shipyard was held in Mariupol26-02-2021, 12:34
Increase in prices is forecasted in the markets of steel raw materials -26-02-2021, 09:25
Troy ounce of gold will drop $ 500 in two years - Fitch25-02-2021, 18:29
Global iron ore production growth to outstrip cumulative production in India23-02-2021, 10:22
Fitch Ratings Warns of “Shocking Impact” on Fossil Fuel Exporters18-02-2021, 14:44
Raw material prices rise by about 10.5% in January 2021 - Deutsche Industriebank12-02-2021, 10:48
Sign in with: