British car enthusiasts will be paid £ 3,000 to stay in their garage

Payments will be offered to owners of vehicles with diesel and gasoline engines that rolled off the assembly line before 2016 and before 2006, respectively. 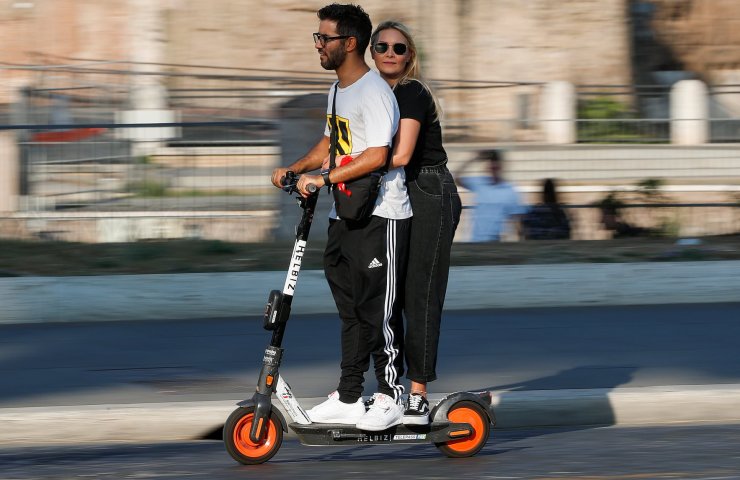 British motorists will be paid up to £ 3,000 (about $ 4,000) to ditch their cars and use public transport, bicycles, e-scooters, car sharing or taxis. About this on Saturday reported The Times.

Drivers of the most polluting vehicles will receive government money in the form of "loans" as part of a government program to reduce traffic congestion and improve air quality.

A pilot project will start in Coventry this spring, offering payments to owners of cars with diesel and gasoline engines that rolled off the assembly line before 2016 and until 2006, respectively. The program is designed for two years, after which its effectiveness will be assessed.

The British traveled a total of 574 billion kilometers in their vehicles in 2019, up 11% from five years ago, according to the UK Department of Transport.

Motorists are “the largest contributor to the UK's carbon footprint, costing billions of dollars annually,” according to Xavier Bryce, head of the cycling and walking charity.

British authorities are planning to allocate £ 255 million to local communities to develop schemes that reduce emissions from diesel engines. A total of £ 3 billion will be allocated to programs to improve air quality.

France is preparing to ban the sale of fossil fuel vehicles by 2040, and the Norwegian parliament has set a goal that all local cars should have zero emissions by 2025.

Recommended:
The cost of electricity in Russia peaks in five years
Ukrzaliznytsia in 2021 will invest over UAH 14 billion in production and infrastructure
Eurasian Resources Group Supports Fund to Prevent Child Labor Exploitation in Mining Communities
On this topic
Major European automakers will stop producing cars with internal combustion engines until 2040
Ukraine asks the UK to share its experience in transforming coal regions
The deficit in Britain: the Brits are stocking up before Brexit
Prospects for the development of the economy and steel market in the EU in 2019-2020
The owner of the Turkish Erdemir is ready to invest a billion pounds in the future of British Steel
EU steel imports growth declines sharply in Q1 2019
Add a comment
Сomments (0)
News Analytics
Metinvest will gain control over the largest producer of coking coal in Ukraine04-03-2021, 19:26
Ukrainian business sees great opportunities in expanding China's openness -04-03-2021, 19:08
The fall in the price of nickel by more than 8% was the sharpest in 4 years04-03-2021, 18:25
At the Yaroslavsky metallurgical plant in the Dnieper began to pay for new04-03-2021, 14:39
Novokramatorsk Machine Building Plant strengthens its position in the national04-03-2021, 14:44
Spread between raw materials and high strength alloy steel in Europe increased01-03-2021, 20:21
Increase in prices is forecasted in the markets of steel raw materials -26-02-2021, 09:25
Troy ounce of gold will drop $ 500 in two years - Fitch25-02-2021, 18:29
Global iron ore production growth to outstrip cumulative production in India23-02-2021, 10:22
Fitch Ratings Warns of “Shocking Impact” on Fossil Fuel Exporters18-02-2021, 14:44
Sign in with: