The Comprehensive and Enhanced Partnership Agreement between the European Union and Armenia comes into force at the height of the political crisis in the republic, which the incumbent Armenian Prime Minister described as an attempted coup. 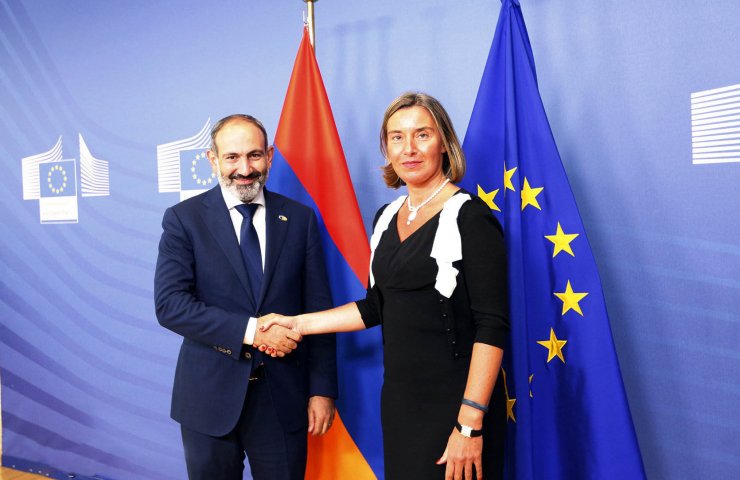 On March 1, 2021, the Agreement on Comprehensive and Enhanced Partnership between the European Union and Armenia will enter into force. It has been ratified by the Republic of Armenia, all EU member states and the European Parliament.

The agreement provides a framework for the EU and Armenia to work together in a wide range of areas: strengthening democracy, the rule of law and human rights; creating more jobs and business opportunities, improving legislation, public safety, a cleaner environment, as well as better education and research opportunities, the European Commission noted.

The agreement with Armenia will also contribute to the achievement of the EU's common goal of deepening and strengthening relations with the countries of its eastern neighborhood within the framework of the Eastern Partnership.

“While times have fallen on Armenia, the European Union continues to support the Armenian people. The entry into force of the bilateral agreement between the EU and Armenia on March 1 will allow us to strengthen our work in the priority areas of economy, communications, digitalization and green transformation. This will bring concrete benefits to the people and is the key to the country's socio-economic recovery and long-term resilience. In these turbulent days, the main thing is to remain calm and respect democracy and constitutional order, ”said Commissioner for Neighborhood and Enlargement Oliver Varheli.

The agreement between the European Union and Armenia was signed in November 2017, and has been partially applied in relations between them since June 1, 2018.

"The European Union is ready and hopes for even closer cooperation with Armenia for the full and effective implementation of the Agreement in our common interests and for the benefit of our societies and citizens," the European Commission said in its comments.

The opposition of Armenia, which has long been demanding the resignation of Pashinyan after the defeat of Armenia in the war in Karabakh, supported the demand of the General Staff.

Recommended:
Tomorrow Ukraine will sell the rights to the largest titanium ore deposit - Gosgeonedra
Mineral resources can become a driver of the Ukrainian economy - head of the State Geological Survey Roman Opimakh
Converter was repaired at the metallurgical plant of Alexander Yaroslavsky in Dnipro
On this topic
From January 1, 98% of all Ukrainian goods will have free access to the UK market
Poland will receive 56 billion euros for the transformation of coal regions
EU wind farms will be 25 times more powerful
Europeans agreed with the Chinese not to steal other people's geographical names
US increases tariffs on European planes with 10 to 15%
The European Union and Belarus signed the agreement on simplification of visa regime
Add a comment
Сomments (0)
News Analytics
Восточный горно-обогатительный комбинат снизил производство уранового14-04-2021, 16:47
The construction of the Euro-track Chop-Uzhgorod will be financed from the14-04-2021, 14:24
UAE partners with Japan's iSpace to send Rashid rover to the moon in 202214-04-2021, 10:34
Uralvagonzavod put into operation 334 units of new equipment in 202014-04-2021, 09:44
Minister of Infrastructure of Ukraine invites Azerbaijan to invest in transport13-04-2021, 18:01
World Steel Association defines green steel and its variations12-04-2021, 13:14
China unlikely to cut steel capacity in 2021 due to high steel prices07-04-2021, 12:11
Scrap metal market at the beginning of April02-04-2021, 11:10
Rising Chinese Prices Fueled Rising Global Steel Prices - MEPS25-03-2021, 18:54
Weakening demand will negatively affect quotations of steel raw materials17-03-2021, 15:39
Sign in with: