The deficit in Britain: the Brits are stocking up before Brexit

UK is too dependent on external food supplies, experts say, so in the case of panic on the Islands may be a shortage of food. 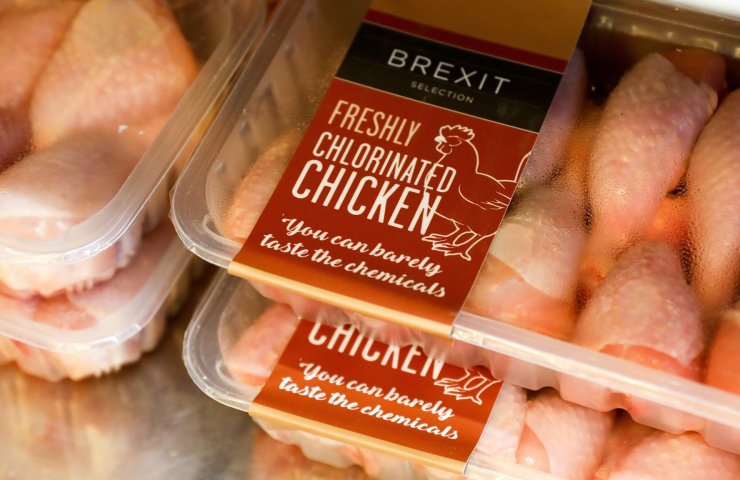 the British are afraid of the shortage of commodities and not very necessary – the shelves will be lost, everything from bottled water, pasta, rice, dried fruits, grains, tea, flour, toilet paper and wine to washing powder and baby diapers.

This is not a complete list of what is stored or suggest to stock up on the participants in various Internet forums in case of hard Brexit. Growing and growing with each successive deposition of the release date of the United Kingdom from the European Union.

supply Disruptions and temporary shortages of products it will, experts say, because the British are more its food imported from abroad, particularly from other EU countries.

"Almost 40% of the products that feed on the British have to import, says Chris Elliott, the founder of the Institute for global food security at Queen's University Belfast. For comparison, two decades ago the share of imports in the diet of Britons did not exceed 25%. About one third of all food consumed in the UK are imported from EU countries".

That is the British increasingly dependent on others to feed themselves, noted expert on food safety.

it's been three and a half years after the fateful for Britain a referendum on leaving the EU - and the who's "membership and now there is": and society in General and political class in particular covered by a syndrome that can be defined as fatigue Brexit.

Its symptoms? Or uncontrolled irritation, or blurred eyes languishing depressed indifference. The uncertainty is tiring, draining the psyche, annoying and contributes to the spread of aggression, psychologists say.

And business leaders, in addition, that depend on supplies from Europe indicate economic means uncertainty, which leads tangible losses from unsigned contracts and unconcluded agreements.

by far the most serious count of the losses of the British economy as a result of rupture of many decades of EU membership, which the government has made an authoritative Institute of fiscal studies showed that at any variant of Brexit - or by contract, soft, or without an agreement, hard UK after 15 years will be poorer than if it remained part of the European Union.

Split British society as a whole seeks certainty: even opponents of Brexit say they would prefer to leave this process behind us and forgotten as a nightmare, on the three and a half years of confusion, confrontation, crowd under different flags and tumultuous passions.

They say, based on the numbers of economists, why leave the EU if the country was better, and British membership is more profitable? But the so-called pexider on this object that is ready to go to economic deprivation - just as quickly as possible to throw off the fetters of political dependence on bureaucrats in Brussels. They say, poor, but free.

But here there is complete uncertainty as a way out of the EU, and actually that, will it take place before 31 January 2020. Failure to provide pexit is the basis for the second time of the referendum, General elections and attempts to restart the Parliament.

(part of the Pro-European parties - the Welsh plaid Cymru, liberal Democrats and greens - have formed the Alliance in the elections for the EU. That is, will be to nominate and support on districts of a single Pro-European candidate)

in the meantime, an election campaign in the minds of ordinary British people is an internal struggle of a different kind: what to stock up on in case of food shortages - apocalyptic scenario of empty shelves that scare consumers interested in panic buying organizations and seekers of business ideas or fish in "troubled waters" political uncertainty and mass confusion.

Even when approaching the first deadline possible hard Brexit - 31 March 2019 was created in a Facebook group, mainly of those who voted against leaving the EU, which amounted to a list of products that you need to stock up for the inevitable supply disruptions. The name of the group - 48% are Preppers. That's the number of participants in the referendum of June 23, 2016 voted to remain part of the EU. 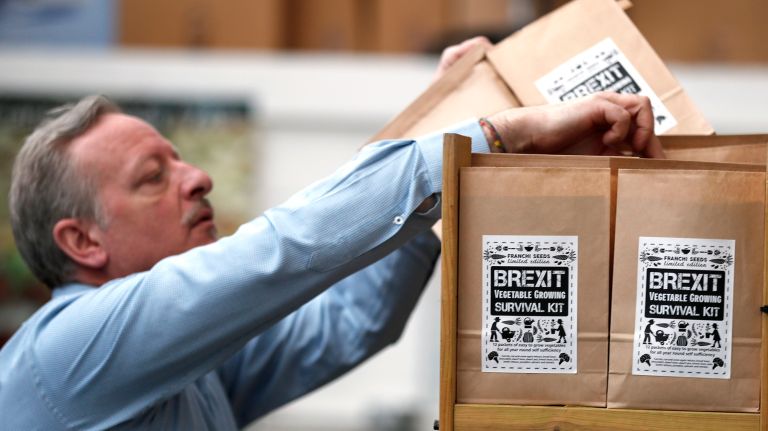 went to the Essentials and those products which can long be stored. Fresh produce will rise, experts say, but a salad or a fish not to prepare in advance.

A recent survey commissioned by the Association of wholesale trade showed that every fifth Briton spent an average of 380 pounds (about $ 500) to buy food for stock. In General, such purchases cumulatively estimated at 4 billion pounds (more than $ 5.1 billion), recently wrote to the Guardian newspaper, edition of which tended against broksita.

after Analyzing the lists of products that often appear in Brexit forum posts, Mumsnet, the researchers found 700 items, of which the following are popular:

of Course, this is in addition to the other things moms need such as their favorite kids baby food or diapers.

A savvy businessman from the city of Leeds James Blake saw in panic countrymen a good business idea. He began selling so-called Brexit Box - sets required for 30 days, which includes meals in the form of disposable portions, a filter for drinking water and fire. 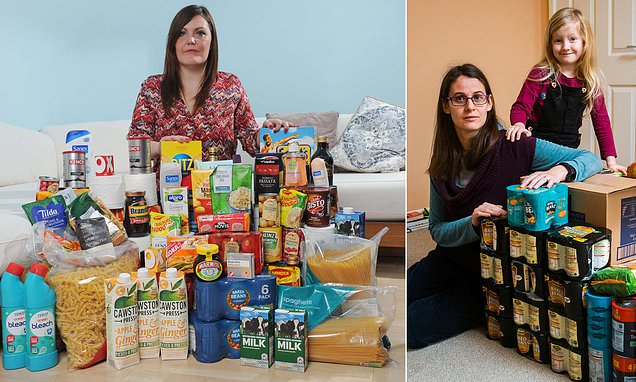 Breaksit box creatively reinvents the idea of the baby box, but with the important difference that if the set for the baby will definitely come in handy all the freshly baked parents, brekbit-box plays a role as a sedative for those prone to panic.

Government speakers at all levels assure that any supply disruptions in the case of rigid Brexit will be short-lived and intangible, but these are the same officials who have repeatedly assured that by 31 October in the UK out of the EU - whatever you say!

Therefore grown wise experience, the British are coming in the second General election to bring brickset (or cancel!) and at least some of them holding food for a rainy day, or a day of freedom from the dictates of the EU, depending on the camp to which they belong.

Because of pexit you're for or against, and a family to feed everyone.

Финансовая аналитика, прогнозы цен на сталь, железную руду, уголь и другие сырьевые товары. More news and analytics on Metallurgprom telegram channel - subscribe to get up-to-date market information and price forecasts faster than others.
Сomments
Add a comment
Сomments (0)
On this topic
In climate change the fault of the rich - a new study by British scientists
EU steel imports growth declines sharply in Q1 2019
What are the reasons for the shortage of raw materials in the world?
How Tesla became the world's most valuable automaker
Experts advise investing in precious metals in 2021 and here's why
Ukraine asks the UK to share its experience in transforming coal regions
Recommended:
Analysts confident of significant growth in global demand for galvanized steel
China's crude steel production in 2022 falls for the second year in a row
Norwegian startup to build €4bn green steel plant
News Analytics
War in Ukraine to accelerate world economy transition to clean energy - BP30-01-2023, 11:49
ArcelorMittal invests $120m in US green steel company30-01-2023, 11:11
The United States refused to comply with the decision of the WTO on tariffs on29-01-2023, 20:08
China remains the world leader in shipbuilding with a 50% share of new shipyard29-01-2023, 12:35
Prices for metal products in Ukraine increased by 26% last year29-01-2023, 12:06
S&P: Russia will continue to dominate the steel export market in the Black05-01-2023, 11:22
Fitch Analysts Predict Big Drop in Global Steel Consumption This Year14-12-2022, 13:59
Analysts predict 5% annual growth in the iron casting market through 203006-12-2022, 12:44
Commodity prices will fall, metals quotes will rise slightly - Focus Economics28-11-2022, 13:28
Platinum market to face shortage next year - WPIC22-11-2022, 18:25
Sign in with: