Government officials fear that £ 170 million requested by Sanjeev Gupta will go towards paying off debts in other countries and have hinted that the house in London, bought by his wife, is worth about £ 50 million. 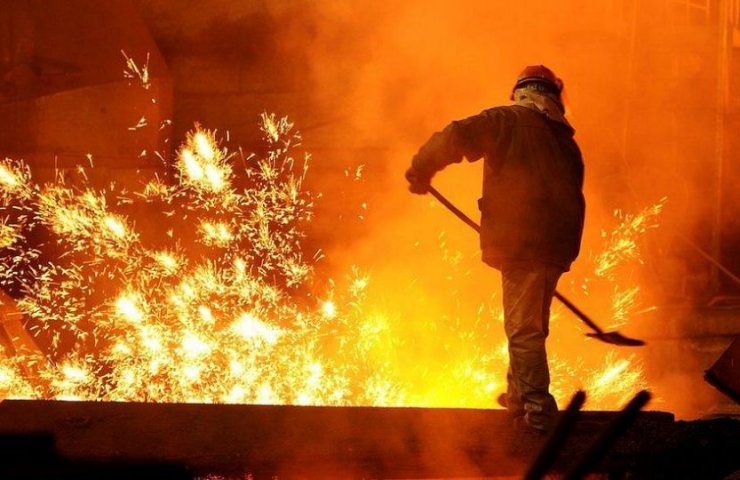 Fears about the future of Liberty Steel and several thousand UK jobs have risen after the government rejected company request for emergency assistance in the amount of £ 170 million.

The rejection increased pressure on Liberty Steel, part of a business empire created by industrialist Sanjeev Gupta. In recent weeks, the company has been trying to find additional funding for its business following the collapse of its key financial partner, Greensill Capital.

However, government officials have drawn up an intervention plan to keep Liberty Steel's factories operational should it be forced to go into bankruptcy and overseas management. Options under consideration include a strategy similar to the one used to bail out British Steel in May 2019, when an official recipient, a government employee, took control of the company while it looked for a buyer for the distressed asset.

According to The Guardian, the government denied the loan because ministers had concerns about the opaque corporate structure used by the GFG, as well as about whether the money from UK taxpayers would go to finance operations in other countries.

Kwasi Quarteng, a business secretary, told parliament on Thursday that the government is "looking at all options to see what we can do" to secure the future of Liberty Steel, and said the government hopes to keep it "completely." /p>

However, it is believed that ministers will not intervene until operations are outsourced to an external administration. The corporate structure of GFG complicates any rescue, as there are several commercial organizations operating at 14 UK sites.

Greensill Capital, which funded the Gupta empire, was founded by Lex Greensill, an Australian banker who worked closely with the government when David Cameron was prime minister. The Sunday Times first reported that Australians had access to as many as 11 government departments and agencies to offer the supply chain financing mechanisms that would later become the hallmark of Greensill Capital.

“The government has been very supportive of the steel sector, including over £ 500 million in energy costs in recent years. Our unprecedented Covid support package remains available to the sector to protect jobs and ensure producers the support they need during this challenging time, ”a UK government spokesman told the press.

The GFG Alliance has yet to comment on negotiations with the government or Greensill administrators.

Сomments
Add a comment
Сomments (0)
Partner news
Recommended:
In October, Energomashspetsstal shipped 1,715 tons of products to customers
Boeing Receives FCC Approval For Satellite Launch
The State Environmental Inspection will check the largest iron ore producer in Kryvyi Rih
On this topic
David Cameron declares his innocence in the problems of Liberty Steel and GFG Alliance
British Steel buyer has not yet appeared
Liberty Steel requests £ 170m emergency aid from UK government
The Chinese company will buy British Steel in the coming days: every day of delay costs 1 million
The owner of the Turkish Erdemir is ready to invest a billion pounds in the future of British Steel
Liberty Steel has moved millions of UK taxpayers to other countries - Financial Times
News Analytics
Elon Musk urges people to leave Binance, Coinbase and other cryptocurrency28-11-2021, 13:19
Ukraine's population is declining at one of the fastest growing rates in the28-11-2021, 13:09
Spain refuses to build uranium plant28-11-2021, 13:19
Elon Musk turned out to be from subsidies for Tesla plant in Germany27-11-2021, 11:33
State Service of Geology and Mineral Resources of Ukraine has updated data for27-11-2021, 11:40
What unites Ilona Mask and other richest people in the world31-10-2021, 12:28
Moldavian Gordian knot - big politics28-10-2021, 11:03
Elon Musk's equity capital is approaching the $ 300 billion mark27-10-2021, 13:26
Hopes are dying to end the world's dependence on coal25-10-2021, 16:54
Will the rise in steel prices limit metallurgical production?25-10-2021, 11:44
Sign in with: