American investors demand to declare some of the companies of the British metallurgical magnate insolvent and start bankruptcy proceedings. 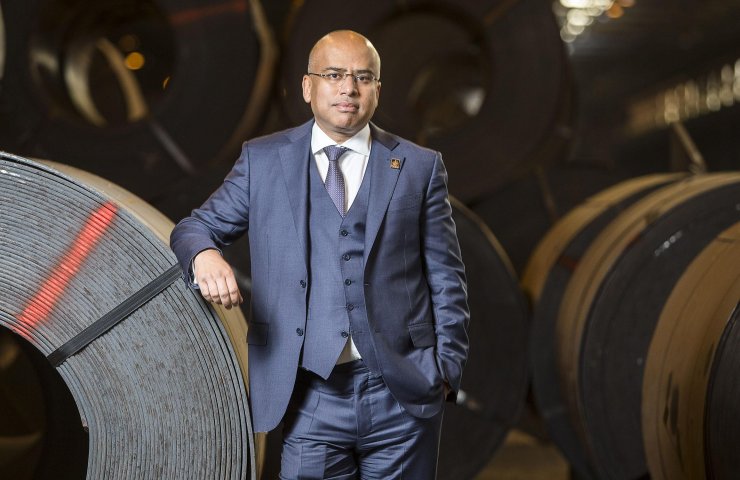 The US investment bank Citigroup has filed numerous claims in the London insolvency court against some of the raw materials and industrial enterprises of the metallurgical tycoon Sanjeev Gupta, writes Wednesday Financial Times edition.

Creditors may go to court to close the company that owes them money, in accordance with UK law, the report said. In addition, creditors may require a forced sale of assets to pay off debt.

The court rejected the Financial Times' request to confirm the existence of cases or release details, stating that, under rules introduced last year, liquidation petitions are private until they are considered in court. This process can take several weeks.

Citi is the trustee of the bondholders sold by the bankrupt finance company Greensill Capital. Greensill resold Gupta's debts to various investors.

Swiss bank Credit Suisse, which has invested $ 10 billion of its clients in Greensill investment products, is one of the main investors in these bonds.

As a reminder, this week the UK government Rejected Sanjeev Gupta's request for £ 170m in emergency financial aid, fearing that UK taxpayer funds could be used to pay off GFG Alliance debts in other countries.

Subsidiary of GFG Alliance, Liberty Steel UK said on Tuesday it will resume production next week at its UK plants shut down two weeks ago, despite insufficient funding for raw material supplies.

Recommended:
The 7th power unit of SlavTES is connected to the united power grid of Ukraine
Russia may face a shortage of metal products due to the restriction of its exports
Ukraine must load Motor Sich with defense orders or lose the enterprise - USPP
On this topic
Sanjeev Gupta Metallurgical Alliance Stops Paying Greensill Loans
British unions fear thousands of jobs to be lost due to Sanjiv Gupta's financial woes
Metinvest extended maturity of bonds
Citigroup experts did not rule out the collapse of Brent oil to $ 5 per barrel
Liberty Steel CEO writes letter to Financial Times
British Steel buyer has not yet appeared
Add a comment
Сomments (0)
News Analytics
Brazil is interested in the production capabilities of Yuzhmash21-04-2021, 14:35
Energoatom ordered a condenser from Turboatom worth 0.5 billion hryvnia for21-04-2021, 14:28
Ukrzaliznytsia reached an agreement with suppliers on the shipment of diesel21-04-2021, 14:25
Global hydrogen demand to grow 7-fold by 2070 - PwC21-04-2021, 12:31
Energy independence of Ukraine depends on decarbonization and "green" energy -21-04-2021, 12:42
Global hydrogen demand to grow 7-fold by 2070 - PwC21-04-2021, 12:31
World Steel Association predicts a good year for metallurgists15-04-2021, 18:19
World Steel Association defines green steel and its variations12-04-2021, 13:14
China unlikely to cut steel capacity in 2021 due to high steel prices07-04-2021, 12:11
Scrap metal market at the beginning of April02-04-2021, 11:10
Sign in with: