Sanjeev Gupta told Whitehall that he needed £ 170 million from British taxpayers to keep from declaring bankrupt. 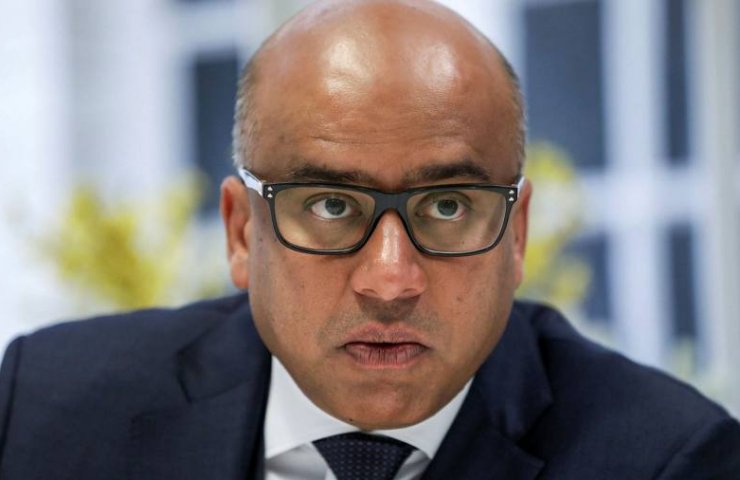 The UK's third largest steelmaker has asked the government to approve a £ 170m emergency aid as it is on the brink of collapse. About this reported by Sky News.

Reporters learned that the GFG Alliance, a conglomerate led by Sanjiv Gupta, wrote a letter to the government at the end of this week asking for emergency funding as thousands of jobs were at risk.

A source close to the company acknowledged that Liberty Steel's appeal to the government represents the last chance for Sanjeev Gupta to stay afloat.

A letter addressed to officials from the Department of Business, Energy and Industrial Strategy suggests that GFG requires new funding of up to £ 170 million to cover working capital and operating losses.

UK government business secretary Kwasi Quarteng has met several times with Liberty Steel executives over the past few days to discuss the crisis in the group. He told MPs on Thursday that the government intends to develop a support package for Liberty Steel, although it is unlikely that it will be provided before bankruptcy.

A spokesman for the GFG Alliance declined to comment on the request for government support, but said the company was "generally stable".

“Although Greensill's difficulties have created a difficult situation, we have adequate funding for our current needs. Discussions on securing alternative long-term financing are ongoing, and while this is happening, we have asked all of our businesses to carefully manage their cash. We are grateful to customers and suppliers for their support in this work, which goes along with our goal of providing additional working capital to support the business and our use of the vacation scheme to support employees. We will continue to work closely with unions and our employees to identify the most effective ways to support business and keep jobs, ”the GFG Alliance said in the comments.

Earlier today it became known that the British aircraft engine manufacturer Rolls-Royce has bought out all its need for special steels from Liberty Steel for a year in advance, fearing a worst-case scenario associated with the bankruptcy of the metallurgical company and the shutdown of factories.

Liberty Steel, which employs 30,000 people worldwide, is a key supplier to industries such as the aerospace industry thanks to its special steel production. Liberty Engineering is an important component of the supply chain for automotive groups such as Jaguar Land Rover.

Recommended:
The Antimonopoly Committee of Ukraine has unblocked the purchase of passenger cars by Ukrzaliznytsia
Fitch Changes Metinvest Rating Outlook From Negative To Stable
The metallurgical plant of Alexander Yaroslavsky is carrying out the reconstruction of coke oven batteries
On this topic
Rolls-Royce buys metal products from Liberty Steel on a prepaid basis and with a large stock
Sanjeev Gupta Metallurgical Alliance Stops Paying Greensill Loans
Liberty Steel changes its mind about buying Hungarian steel mill Dunaferr
British unions fear thousands of jobs to be lost due to Sanjiv Gupta's financial woes
Britain denies loan guarantees for metallurgical holding GFG Alliance
Thyssenkrupp expects the Chinese to sell their industrial assets
Add a comment
Сomments (0)
News Analytics
Iran is satisfied with the reaction of the world community to 60% enrichment of18-04-2021, 13:24
Gas prices in Ukraine have reached a record value over the past two years -16-04-2021, 17:24
Ukrmetallurgprom asks the Antimonopoly Committee to allow Metinvest to bid for16-04-2021, 17:23
A fatal accident occurred on the territory of the Dnieper Metallurgical Plant16-04-2021, 13:01
Cars built for Euro 2012 will be repaired at the Kryukov Carriage Works16-04-2021, 12:46
World Steel Association predicts a good year for metallurgists15-04-2021, 18:19
World Steel Association defines green steel and its variations12-04-2021, 13:14
China unlikely to cut steel capacity in 2021 due to high steel prices07-04-2021, 12:11
Scrap metal market at the beginning of April02-04-2021, 11:10
Rising Chinese Prices Fueled Rising Global Steel Prices - MEPS25-03-2021, 18:54
Sign in with: