The head of the European Union for green policy has announced more stringent plans than at the beginning of the year to stimulate the spread of electric vehicles. 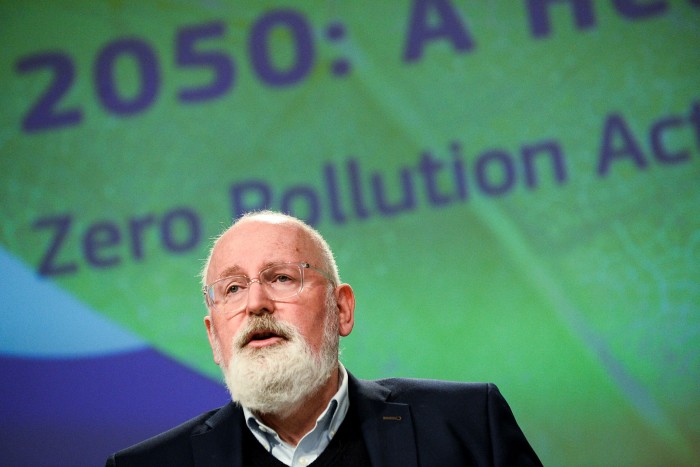 EU Vice President for Environmental Policy and Climate Change Frans Timmermans at interview The Finanicial Times (FT) announced that the European Union is preparing a new program to stimulate the production of electric vehicles and combat exhaust gases. According to him, already this month the European Commission will present a new list of measures aimed at achieving the previously set goal - to reduce emissions by 55% by 2030 compared to 1990.

Timmermans said the auto industry's approach has "completely changed." “The automotive industry has really embraced the idea of ​​decarbonization. There will always be discussions at what pace, but I think they understood that this is the way forward, ”he said.

Mr Timmermans, in particular, noted that the new measures will include toughening 2 CO emissions standards for new cars and the introduction of additional taxes for automakers that exceed the EU emission limits.

“We need to do these two things to stimulate the development of electric vehicles. We do not believe that simply introducing any deadline due date will work. But if this is accompanied by tougher standards, the industry will receive the necessary signal to move in the right direction, ”says Frans Timmermans.

The EU aims to be the first major region to achieve zero net carbon emissions by 2050. On July 14, Brussels will propose 13 legislative measures to make this goal a reality from a legal point of view. The law must be approved by a majority of MEPs and the 27 EU member states to enter into force.

The FT also cites an unnamed European Commission official who notes that Brussels has plans to introduce a total emission ban for new cars from 2035, which could effectively become a deadline for the production of internal combustion engine (ICE) cars in the EU. The German carmaker Volkswagen announced last week that it plans to end production of ICE vehicles for the European market by 2035.

According to the European Environment Agency, electric vehicles accounted for about 11% of new vehicle registrations in the EU in 2020, three times more than in the previous year.