During an inspection of Tesla's construction site in Grunheide, authorities found several "unauthorized devices" and are preparing to issue a decent fine to the American automaker. 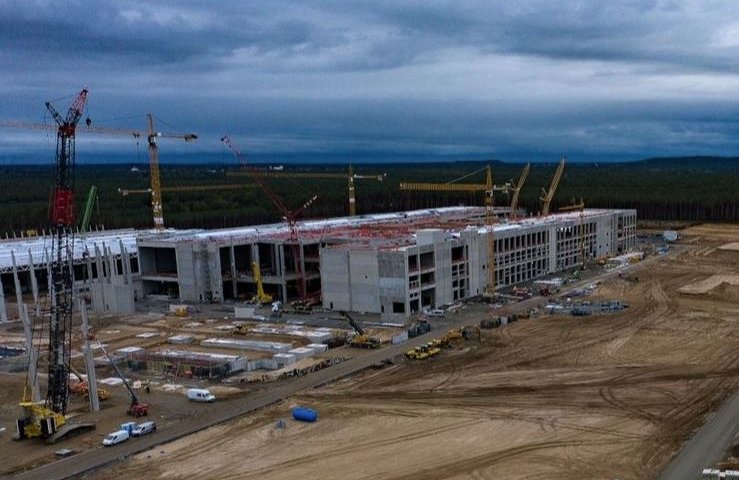 After the installation of three tanks without permission at the construction site of the American manufacturer of electric vehicles Tesla in Grünheide near Berlin, the German authorities intend to severely punish Elon Musk's company. On Friday, the German Ministry of the Environment announced that these units have been installed to temporarily supply electricity and gas, as well as to generate compressed air in time for the already approved functional tests of later production facilities.

The ministry said that these objects had not previously been subject to prior permission from the state of Brandenburg. Therefore, the State Environmental Agency has tested the systems and determined that they can be used for functional testing.

In early July, following suspicions of illegal construction by local Green League ecologists, the State Environmental Agency discovered that Tesla had built several tanks for various liquids, although there was no permit. Environmentalists have suggested that one of the tanks is filled with refrigerant for the chemical tetrafluoropropene.

The procedure for imposing a fine has begun. Tesla will not comment on this yet.

The company has not yet received a final environmental building permit from Brandenburg, but may continue construction with several preliminary approvals for individual stages.

Originally, production of German electric vehicles was supposed to start on July 1 this year, but now Tesla plans to start working processes at the end of the year. After the application for approval has been extended to the battery factory, objections are still possible. Environmental groups still see the project as significant threats.

Финансовая аналитика, прогнозы цен на сталь, железную руду, уголь и другие сырьевые товары. More news and analytics on Metallurgprom telegram channel - subscribe to get up-to-date market information and price forecasts faster than others.
Сomments
Add a comment
Сomments (0)
On this topic
Tesla in Germany faced problems and it is unclear when it will be able to launch its
Tesla Berlin Gigafactory construction halted again
Elon Musk arranges "Giga-fest" at the Berlin Tesla Gigafactory in Grünheide
On Saturday, the Germans protested against the construction of girafarig Tesla on the outskirts of
A German court has blocked the construction of Girafarig Tesla in Berlin
Elon Musk: Tesla plant in Germany will start working in 2021
Recommended:
Export of scrap metal from Japan in January-July decreased by 25.4%
The Baltic States plan to increase the capacity of offshore wind farms by seven times by 2030
Islamabad receives $1.5 billion investment proposal for PSMC privatization
News Analytics
Moody's changed the outlook for the global mining industry to26-09-2022, 19:04
Russia may increase taxation of oil, gas, coal and fertilizers26-09-2022, 15:58
UK steel production hits record low this year26-09-2022, 15:07
Ukrainian court invalidated sale of Ferrexpo Plc shares in 200222-09-2022, 12:45
EU Commission not doing enough to save aluminum industry - associations21-09-2022, 11:07
China production cuts in winter will give limited boost to steel markets -15-09-2022, 10:09
Steel prices may rise as manufacturers stop production11-09-2022, 14:06
IREPAS: The global long products market is in a "dramatic situation"10-09-2022, 20:49
Steel prices are unlikely to rise significantly in the near future - analysts02-09-2022, 22:58
Steel prices may move up on new data from China31-08-2022, 12:19
Sign in with: