Valdis Dombrovskis said that the EU is ready to consider "other possible solutions" to the tariff dispute between the EU and the United States in the context of a thaw in relations after Biden was elected president. 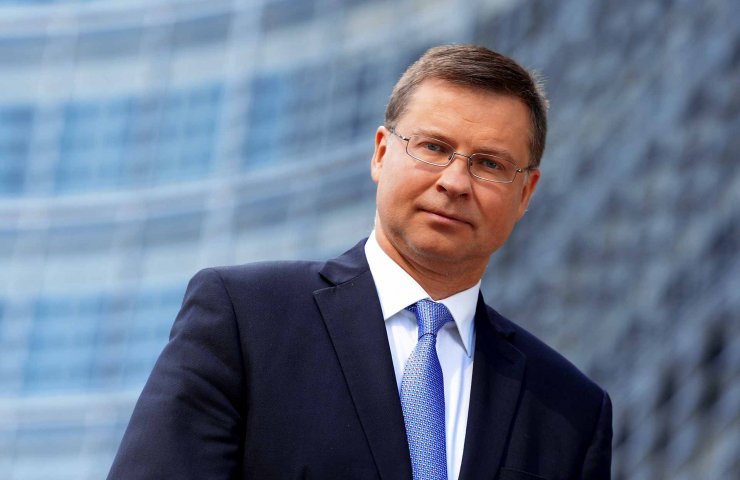 According to the European Union Trade Representative Valdis Dombrovskis, the resolution of the dispute between the EU and the US over steel and aluminum tariffs, which arose during the Trump era, may not lead to the removal of all barriers protecting the industry.

The EU's executive vice president in charge of trade policy said that while the "ideal solution" would be a mutual tariff suspension, as agreed by both parties this year in a dispute between Boeing and Airbus, he was willing to consider "other possible solutions ".

“We understand the US willingness to protect its steel industry, but there are certainly ways to do it in a way that is less damaging to EU producers,” Dombrovskis said in interview Financial Times.

In May, the EU postponed plans to raise tariffs on a number of US goods as a sign of resolution to the conflict with Washington that arose in 2018 when Donald Trump imposed high tariffs on steel and aluminum imports from Europe and other countries.

The measures imposed by the then US president were based on national security considerations taken from section 232 of the US Trade Expansion Act of 1962 - a highly controversial justification from such a close strategic ally that angered Europe. The EU has responded with its own tariffs.

Joe Biden's victory in the US presidential election this year sparked a wave of efforts to improve transatlantic trade relations. In June, both sides achieved a major breakthrough by resolving a 17-year dispute over European aircraft subsidies.

Removing Section 232 tariffs will be politically painful for the President of the United States because they are popular in the politically powerful steel industry and industrial states including Indiana, Ohio and Pennsylvania.

Dombrovskis is expected to visit Washington this fall to hold talks with his counterparts, including US Trade Representative Catherine Tai, on a range of trade topics.

He said that negotiations with the United States on tariffs under section 232 are going "in a constructive way." The ideal solution would be to “completely abolish” the measures provided for in Article 232, without any additional restrictions. But he said the EU "is willing to consider other solutions, realizing the fact that the US is also interested in protecting its steel industry."

According to him, they should be less destructive for EU producers and respect historical trade volumes. Dombrovskis did not disclose how such alternative solutions might look. However, one possibility could be some kind of licensing or monitoring agreement that allows EU exporters controlled access to the US market.

The US may also offer some form of export quotas, although the EU has already ruled out this. Or he could choose to convert section 232 tariffs into “safeguards” designed to deal with the sudden flow of imports, although this would be difficult to reconcile with World Trade Organization rules.

Discussions on Section 232 tariffs are part of a broader US-EU effort to strengthen transatlantic ties after Trump's tumultuous years.

One of the outcomes of the EU-US summit in Brussels last month was the creation of a new Trade and Technology Council, which aims to enhance cooperation on key technologies.

Dombrovskis said that both sides intend to create 10 working groups in a number of areas and decide which topics to prioritize. Key issues, he said, were 5G telecommunications, artificial intelligence, the Internet of Things, additive manufacturing and robotics, as well as investment validation and regulation of Internet platforms.

Финансовая аналитика, прогнозы цен на сталь, железную руду, уголь и другие сырьевые товары. More news and analytics on Metallurgprom telegram channel - subscribe to get up-to-date market information and price forecasts faster than others.
Сomments
Add a comment
Сomments (0)
On this topic
USA records record steel production
The US President re-imposes tariffs on steel and aluminum from Brazil and Argentina
Airbus begins supplying A350 aircraft through its hub in China
European Union will try to reset transatlantic relations - Valdis Dombrovskis
Boeing received in 2019 more bounce from deliveries than orders for new aircraft
Investigation results: The crash of the Boeing 737 Max Lion Air was caused by a combination of 9
Recommended:
Minister of Energy of Kazakhstan visited ArcelorMittal Temirtau
European stainless steel plants close due to energy crisis
EU Commission not doing enough to save aluminum industry - associations
News Analytics
Moody's changed the outlook for the global mining industry to26-09-2022, 19:04
Russia may increase taxation of oil, gas, coal and fertilizers26-09-2022, 15:58
UK steel production hits record low this year26-09-2022, 15:07
Ukrainian court invalidated sale of Ferrexpo Plc shares in 200222-09-2022, 12:45
EU Commission not doing enough to save aluminum industry - associations21-09-2022, 11:07
China production cuts in winter will give limited boost to steel markets -15-09-2022, 10:09
Steel prices may rise as manufacturers stop production11-09-2022, 14:06
IREPAS: The global long products market is in a "dramatic situation"10-09-2022, 20:49
Steel prices are unlikely to rise significantly in the near future - analysts02-09-2022, 22:58
Steel prices may move up on new data from China31-08-2022, 12:19
Sign in with: