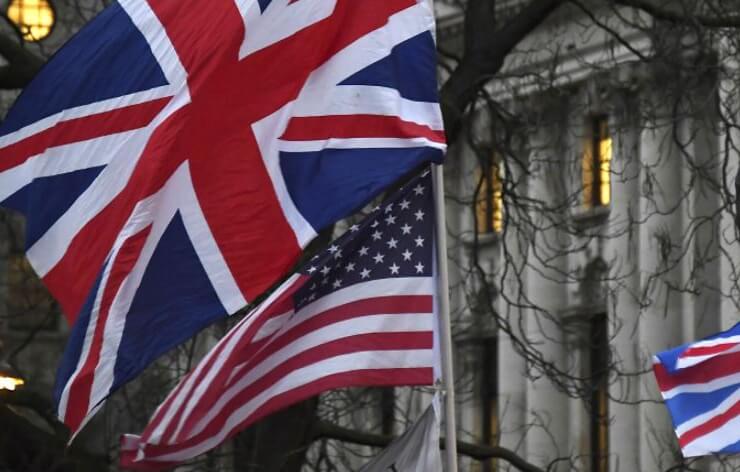 The Financial Times quoted a US Department of Commerce spokesman as saying that talks with the UK on cutting metal tariffs could not move forward.

The US is postponing a deal to abolish tariffs on steel and aluminum in the UK due to Washington fears about London's threats to change the rules of trade in Northern Ireland. The report said the official reiterated US concerns over British threats to bring Article 16 into effect.

Article 16 of the protocol allows either party to unilaterally suspend certain elements of a transaction if this creates serious economic, social or environmental problems.

According to the protocol, Northern Ireland actually remains on the EU's single market for goods. This helps avoid a hard border on the island of Ireland, but increases the number of checks and requirements for trade in goods crossing the Irish Sea from the UK to the north.

The UK or EU may invoke Article 16 if they believe the arrangement caused “serious economic, social or environmental hardship” or “trade diversion.”

The report says that officials in Washington have informed their British counterparts of the reason for the delay in canceling tariffs. Negotiations have stalled due to pressure from Congress over UK threats to implement the clause.

British Prime Minister Boris Johnson has threatened that his government will apply Article 16 unless a solution is found soon with the EU on UK-Northern Ireland trade.

The EU and the US agreed to suspend billions of dollars in steel and aluminum tariffs in October.

Финансовая аналитика, прогнозы цен на сталь, железную руду, уголь и другие сырьевые товары. More news and analytics on Metallurgprom telegram channel - subscribe to get up-to-date market information and price forecasts faster than others.
Сomments
Add a comment
Сomments (0)
On this topic
How the reform of the electricity market in Ukraine can lead to a collapse and what to do about it
Yuzhmash told whether it is possible to launch reusable rockets from the Black Sea
Stopped nuclear power plants and mines. What's going on in the energy sector of Ukraine?
A new lawsuit for "Gazprom": what does "Naftogaz" in the Stockholm arbitration?
Financial Times included Metinvest Trametal in Europe's Climate Leaders rating
British government prepares plans to rescue Liberty Steel plants - Bloomberg
Recommended:
Installed renewable energy capacity in China skyrockets in first four months of 2022
US imposes preliminary anti-dumping duties on Russian oil and gas pipes
Metallurgical plant in Krivoy Rog continues to operate at 20% of installed capacity
News Analytics
The largest producer of titanium raw materials in Ukraine OGCC will sell25-05-2022, 20:48
Glencore accused of bribery in London pleads guilty in the US25-05-2022, 10:44
Swiss oil and gas equipment manufacturer Sulzer leaves Russia24-05-2022, 13:08
BIR: European Commission's decision on scrap metal will be the most tragic24-05-2022, 11:41
Rejection of Russian palladium destroys markets24-05-2022, 11:41
US steel market sentiment becomes more price neutral05-05-2022, 10:15
The global high-strength steel market will grow steadily by 5% annually for the04-05-2022, 08:45
China steel inventories hit 13-month high amid COVID-19 outbreak30-04-2022, 16:38
Slowdown in global auto sector affects steel prices27-04-2022, 12:36
World alumina production reaches a record 138 million tons21-04-2022, 09:54
Sign in with: