One of the reasons for such a drastic step, analysts cite the sensational deportation of Serbian tennis star Novak Djokovic from Australia on Sunday. 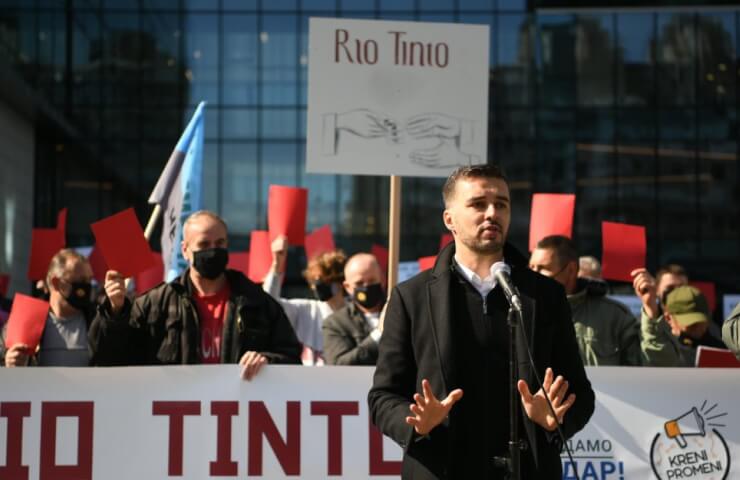 The Serbian government has canceled the license of the international concern Rio Tinto to mine lithium in the west of the country. Earlier it was reported that the issuance of a permit was postponed, and the company announced the postponement of the start of production for a year.

“The plan has been canceled and no longer exists, and all legal acts, all permits and decisions have also been cancelled. We have never had agreements, as we have said many times before. We also canceled the document on the creation of a working group on the Yadar project, so we fulfilled all the requirements of environmental protests and put an end to Rio Tinto in Serbia,” Serbian Prime Minister Ana Brnabic said on Thursday after a government meeting.

“We fulfilled all the demands of the participants in environmental protests and put an end to Rio Tinto's activities in the republic. Everything is finished. We are not afraid of the reaction of Rio Tinto, as we act in the interests of the people. They can do whatever they want,” the Prime Minister added.

An unexpected turn on the part of the government comes months before the expected national elections as the administration of President Aleksandar Vučić struggles to win voter support following a series of major protests that have spread across large parts of the Balkan country.

This step? also linked to the worsening relations between Belgrade and Canberra following the high-profile deportation of tennis star Novak Djokovic from Australia on Sunday, analysts say.

Mass protests in Serbia have not stopped since the fall of last year, their participants expressed fears about the deterioration of the environmental situation in connection with the Rio Tinto project. Representatives of the concern have repeatedly stated that they comply with the highest safety standards in the development of deposits.

Rio Tinto first discovered lithium reserves in the Loznica region in 2004. The company intended to invest $2.4 billion in the project. The mining giant said late Thursday that it was "extremely concerned" by the prime minister's statement.

Rio Tinto is reviewing the legal basis of this decision and the implications for our operations and our employees in Serbia," the company said in a statement.