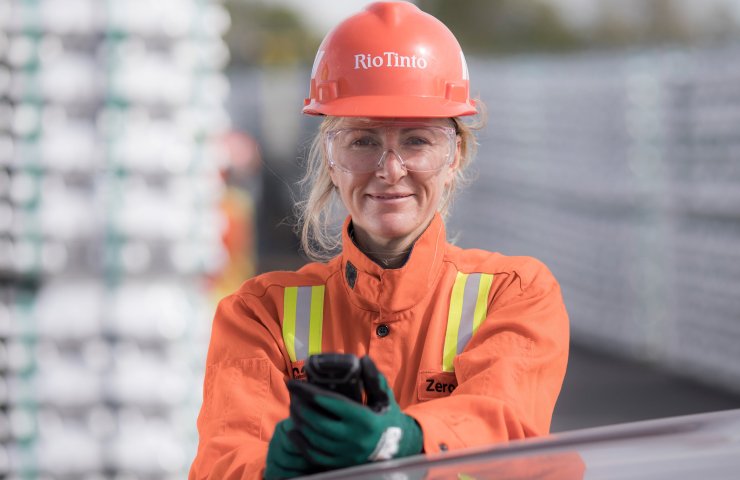 Rio Tinto has pushed back its target of 15% reduction in emissions from 2018 levels to 2025, five years faster than previously planned.

“This is a major shift, but this is the future of Rio Tinto,” CEO Jacob Stausholm said at a media briefing ahead of the conference and investor day presentation.

To meet this goal, Rio will increase investment in renewables, ramp up R&D spending on decarbonization, and double spending on mining critical to the energy transition to about $ 3 billion annually from 2023 year.

The world's largest iron ore supplier said this month that it is testing new technology that will use biomass instead of coking coal in its steelmaking process to reduce industrial carbon emissions, and also said it is considering using hydrogen. p>

Rio Tinto's new targets exceed those of the rival BHP Group, which aims to reduce production emissions by 30% by 2030.

Финансовая аналитика, прогнозы цен на сталь, железную руду, уголь и другие сырьевые товары. More news and analytics on Metallurgprom telegram channel - subscribe to get up-to-date market information and price forecasts faster than others.
Сomments
Add a comment
Сomments (0)
On this topic
How the reform of the electricity market in Ukraine can lead to a collapse and what to do about it
Biden's Production Plan Requires Significant Increase in U.S. Mineral Production
The State Geological Survey of Ukraine has developed an algorithm of actions in the event of
IRENA calls for accelerating the transition to renewable energy sources
Australia allocates $ 1.5 billion for the development of mining
Yuzhmash told whether it is possible to launch reusable rockets from the Black Sea
Recommended:
Steel production in Russia will fall by at least 15% - the opinion of market participants
Belgium 'totally ready' to phase out Russian gas, says Energy Minister Van der Straeten
Alisher Usmanov's Metalloinvest postponed the expansion of rebar production in the UAE
News Analytics
The Belarusian steel plant was visited by the Ambassador of Kazakhstan to06-07-2022, 17:44
US steel prices fall to December 2020 levels06-07-2022, 13:40
Interpipe mastered a new type of railway wheels for the EU market06-07-2022, 12:15
Tesla in the second quarter reduced the supply of cars by 18%04-07-2022, 10:24
Steel prices fall due to weakening European demand and problems in China04-07-2022, 10:40
High iron ore shortage could halt metallurgy's green transition28-06-2022, 14:02
Price volatility hits global steel market27-06-2022, 19:28
Recovery in China could be key to rising global steel prices - MEPS24-06-2022, 14:00
Conflict in Ukraine spurs Europe's drive for clean energy03-06-2022, 12:14
US steel market sentiment becomes more price neutral05-05-2022, 10:15
Sign in with: