to Establish a modern communication system in underground mines is not a trivial task due to the presence of many obstacles to the radio signal. In developed countries prefer industrial wireless communications standard LTE / 4.9 G. 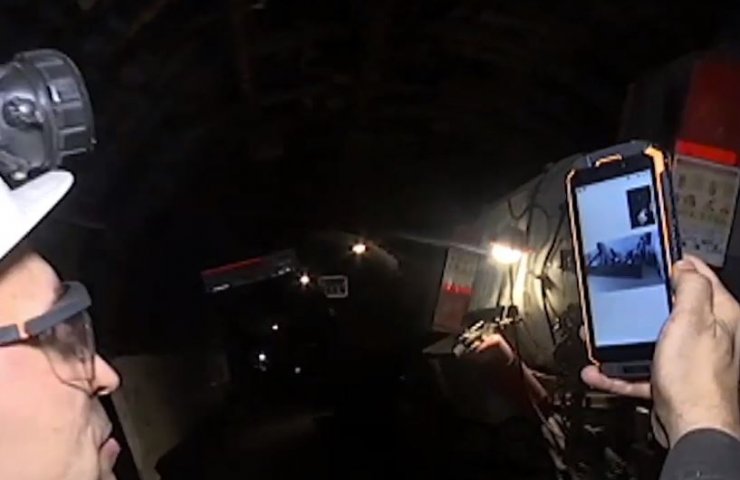 DTEK for the first time in the history of Ukraine paved the Wi-Fi connection at a depth of 500 meters in the mine "jubilee" (Dnipropetrovsk oblast). How announced in a press-service of the company for this purpose were used nearly 130 miles of cable and installed 400 access points. Based on the wireless communication infrastructure, the planned deployment of a multidimensional system to ensure maximum safety of miners.

According to the head of the project "Infrastructure of communication" program in the MODUS digital transformation DTEK Vadim Miroshnichenko, the connection under the ground is a basic infrastructure requirement for project security.

"the communication System will allow us in real time to obtain information from various security sensors and to inform miners about changes in lamp performance, with video cameras to monitor the workflow, if necessary, to declare and carry out the evacuation, and the mountain Manager will be able to remotely help employees in case of accident by sending messages at reasonable lamp-pager, which also is an individual security system miner", - said Vadim Miroshnichenko.

the Association will allow to solve another issue is communications. Now the coal mines in Ukraine for the connection of stationary have traditionally used underground phones. To reach them, you often need to cover a certain distance or even return to the surface, and, therefore, to waste time, which is especially valuable when you need to report a problem or to access important information.

with Wi-Fi and special smartphones miners will be able to instantly communicate by voice calls or text messages from a surface control room, as well as to exchange information between the underground sections. With depth to 500 meters, the miners will be able to send the dispatcher's pictures and videos, conduct live video consultations in person, to identify technical malfunction of the equipment and to obtain work permits.

According to the program Manager at MODUS digital transformation DTEK Dmitry Osyka now DTEK is creating an entire digital ecosystem of the mine, in the heart of the relationship as the guarantor of the smooth operation of the technologies under the ground.

"Underground infrastructure is significantly different from ground. Ground works through the transmitter and the existing "tower". Underground this and underground wireless communication may decrease for a number of reasons - the thickness of earth walls, unequal surfaces, working appliances, dust, etc. In the framework of the module "Digital mine" we have set an ambitious goal - to ensure the smooth operation of the technology underground. And everything worked out. While in Ukraine there was no such large-scale project at such a depth," - said Dmitry Osyka.

He added that the infrastructure communication opens up new range of possibilities - from mobile crawls to remote control, and the experience gained can be used for other fields and industries.

"These projects are our contribution to the transformation of energy, energy independence of the country, is proof of the achievements of DTEK in the field of digital transformation," added Dmitri Osyka.

Next the company plans to run the mine automatic control of air-handling equipment, conveying systems coal and materials underground, protection of workers from falling into dangerous areas of mining machinery as well as tracking violations of safety regulations.

Interestingly, in developed economies, the wifi connection is considered to be an outdated standard. For professionals Nokia Digital Cloud Automation industrial wireless LTE / 4.9 G provides a truly mobile coverage and supports a larger number of active connections on the access point with much greater reliability and security.

"LTE 5G today and tomorrow we will open a new era of wireless industrial level, which will contribute to increased productivity, worker safety and environmental sustainability of the mines all over the world", stated recently Stephen Liters (Stephan Litjens), CEO of Nokia Digital Automation.