At the end of January 2020, the Pechersk District Court of Kiev for the first time set a limit of 50.3% of the shares of Ferrexpo Poltava Mining, owned by Ferrexpo AG Switzerland. 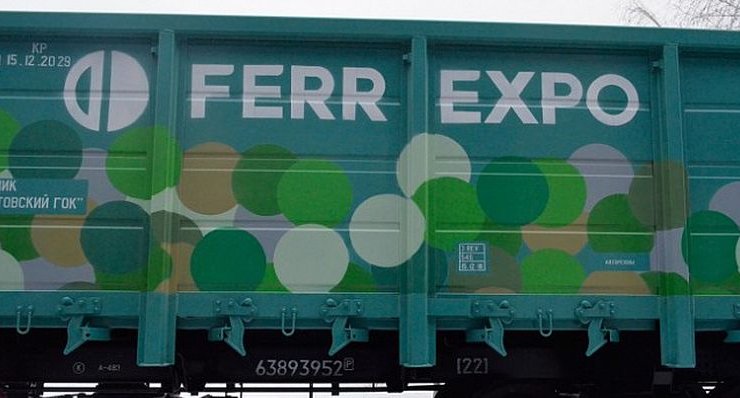 Konstantin Zhevago's iron ore company Ferrexpo announced that it had achieved in a Ukrainian court the lifting of restrictions on operations with Ferrexpo Poltava Mining (FPM) shares owned by Ferrexpo AG Switzerland.

Konstantin Zhevago was a deputy of the Verkhovna Rada of 3-8 convocations, in particular from the Yulia Tymoshenko Bloc (in 5-6 convocations) and as a self-nominated candidate.

The State Bureau of Investigation of Zhevago is suspected of involvement in the scheme of embezzlement and legalization of 2.5 billion hryvnia of Finance and Credit Bank and on October 9 he was put on the wanted list.

On October 11, the SAP reported that NABU detectives, with the agreement of anti-corruption prosecutors, reported Zhevago's suspicion of entering inaccurate information in the declaration. The investigation by NABU detectives under the procedural guidance of the SAP prosecutors has been carried out since 2017.

In October, on his own initiative, he left the post of CEO of Ferrexpo, of which he is the majority owner and CEO.

Ferrexpo is a Swiss iron ore company with assets in Ukraine. The main activity is the production and export of high quality iron ore pellets used in steel production.

Recommended:
Anti-union repression intensifies in Belarus - Trade union of metallurgists and miners of Ukraine
Turkey is developing a hybrid rocket to fly to the moon for the 100th anniversary of the republic
Interpipe NTRP allocated 84 million hryvnia for the implementation of environmental projects
On this topic
Kiev Court of Appeal froze operations with shares of Ferrexpo Poltava Mining
District court of Kyiv imposed a new restriction for 50.3% of Ferrexpo Poltava Mining
Ferrexpo has achieved removal of arrest from shares of Poltava GOK
Mining company Zhevago has invested in the Ukrainian assets of about 6 billion UAH
The court blocked operations Ferrexpo Poltava Mining
A Ukrainian court allowed the arrest of Konstantin Zhevago, the owner of Ferrexpo
Add a comment
Сomments (0)
News Analytics
Coronavirus drove Belgian skiers to the slopes of the Charleroi waste heap07-03-2021, 13:52
US Steel focuses on the production of nanosteel for high-strength alloys07-03-2021, 13:46
Poland could lead the race in hydrogen steel technology07-03-2021, 11:29
US Senate Adopts $ 1.9 Trillion Stimulus Package06-03-2021, 23:54
Tibet invests about $ 30 billion in infrastructure projects in 5 years06-03-2021, 14:39
Spread between raw materials and high strength alloy steel in Europe increased01-03-2021, 20:21
Increase in prices is forecasted in the markets of steel raw materials -26-02-2021, 09:25
Troy ounce of gold will drop $ 500 in two years - Fitch25-02-2021, 18:29
Global iron ore production growth to outstrip cumulative production in India23-02-2021, 10:22
Fitch Ratings Warns of “Shocking Impact” on Fossil Fuel Exporters18-02-2021, 14:44
Sign in with: