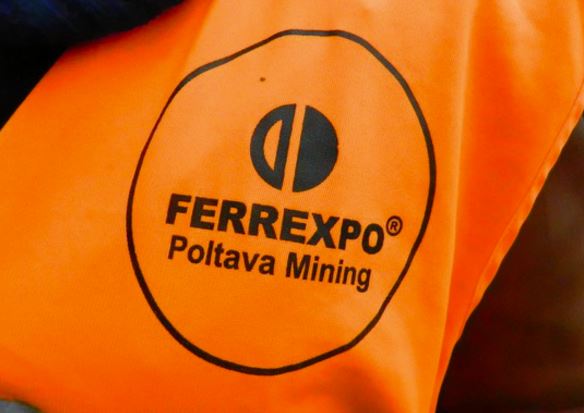 the Swiss iron ore company with headquarters in Ukraine Ferrexpo Plc said Friday that a Ukrainian court has imposed restrictions on the sale of 50.3 per cent stake in Ferrexpo Poltava Mining(FPM), owned by Ferrexpo AG Switzerland, the sole shareholder FPM in one of the mining enterprises of the company.

the Swiss subsidiary of Ferrexpo AG Switzerland filed an appeal against the decision of the court, said message the London office of Ferrexpo Plc. According to the company, a temporary restriction related to the issues concerning the former General Director Konstantin Zhevago and divisions of the Bank "Finance and credit", which he owned until 2015.

"the Limit does not affect the ownership of shares, but prohibits their transfer. Activities of Ferrexpo remains unchanged and continues as normal. In addition, Ferrexpo AG does not intend and never intended to transfer his share in the FPM," said the company.

Board of Ferrexpo believes that the appeal should be successful, given the recommendation that the constraint is appropriate or reasonable grounds in accordance with the legislation of Ukraine.

as soon As the outcome of this appeal will be known, Ferrexpo will inform the market accordingly.

Финансовая аналитика, прогнозы цен на сталь, железную руду, уголь и другие сырьевые товары. More news and analytics on Metallurgprom telegram channel - subscribe to get up-to-date market information and price forecasts faster than others.
Сomments
Add a comment
Сomments (0)
On this topic
Ferrexpo has achieved removal of arrest from shares of Poltava GOK
District court of Kyiv imposed a new restriction for 50.3% of Ferrexpo Poltava Mining
Kiev Court of Appeal froze operations with shares of Ferrexpo Poltava Mining
Ferrexpo has achieved the removal of restrictions on operations with shares of Poltava GOK
Konstantin Zhevago has resigned as CEO of Ferrexpo due to issues in Ukraine
The Board of Directors of Ferrexpo has announced the payment of interim dividend for the year 2020
Recommended:
Ukrzaliznytsia announced the purchase of rails in France cheaper than in Metinvest before the war
The US continued to reduce steel imports in December year-on-year
ArcelorMittal invests $120m in US green steel company
News Analytics
War in Ukraine to accelerate world economy transition to clean energy - BP30-01-2023, 11:49
ArcelorMittal invests $120m in US green steel company30-01-2023, 11:11
The United States refused to comply with the decision of the WTO on tariffs on29-01-2023, 20:08
China remains the world leader in shipbuilding with a 50% share of new shipyard29-01-2023, 12:35
Prices for metal products in Ukraine increased by 26% last year29-01-2023, 12:06
S&P: Russia will continue to dominate the steel export market in the Black05-01-2023, 11:22
Fitch Analysts Predict Big Drop in Global Steel Consumption This Year14-12-2022, 13:59
Analysts predict 5% annual growth in the iron casting market through 203006-12-2022, 12:44
Commodity prices will fall, metals quotes will rise slightly - Focus Economics28-11-2022, 13:28
Platinum market to face shortage next year - WPIC22-11-2022, 18:25
Sign in with: