The Ministry of Energy assesses the situation with the payment of wage arrears at the Nadezhda mine as unprecedented. 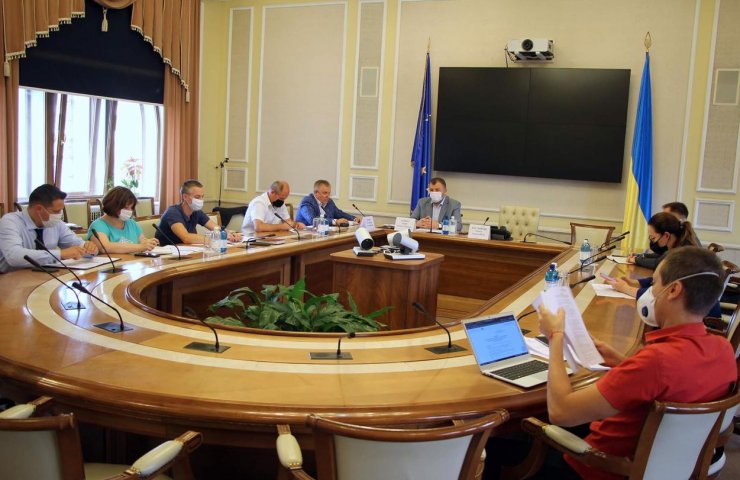 The situation at the Nadezhda mine is unprecedented, since the state has nothing to do with the wage arrears accumulated at the enterprise and at the same time cannot stand aside from the crisis situation the miners are in. About this announced at the Ministry of Energy of Ukraine on Thursday evening.

Like it was noted , the government intends to allocate money from the state reserve fund to pay off wage arrears to miners in the amount of more than 50 million hryvnia, which should be returned by the end of the budget year. At the same time, it is necessary to choose an algorithm of actions that would allow the state to provide such returnable assistance in this case within the framework of the law.

At the same time, the Ministry of Energy has already agreed with PJSC "Centerenergo" and SE "Kalushskaya CHP-NOVA" on the allocation of payments to the mine "Nadezhda" in the amount of 8.7 million hryvnia for coal products. The funds have already been transferred to the mine's accounts and used to pay salaries.

In addition, the Ministry sent the results of a financial audit of the enterprise to bring to justice the former managers of the Nadezhda mine, who brought it to such a state.

The interests of miners in criminal proceedings will be represented by the adviser to the acting Minister of Energy Alexander Trokhimets.

Recommended:
WTO Commission finds Trump's actions against China inadequate
The largest investment project in the metallurgical industry since the 2008 crisis starts in Russia
Wi-Fi technology in DTEK mine entered the Ukrainian Book of Records as the first and deepest in the country
On this topic
UAH 5 million was transferred to pay salaries to miners at the Nadezhda mine
The Ministry of Energy of Ukraine announced 50 million hryvnias of "illegal expenses" at the
Ministry of energy of Ukraine announced the resumption of the work of state-owned mines
The Ministry of energy of Ukraine reported about the repayment of wage arrears to miners
The energy Ministry promises to resolve the crisis situation at the mine "Krasnolimanskaya"
Heating season in Ukraine: where there can be problems with heat and why
Add a comment
Сomments (0)
News Analytics
Indian state steel company to sell non-core assets19-09-2020, 18:50
Largest US steel company to lose $ 100 million in Q319-09-2020, 18:50
UN experts believe that the worst-case scenario for the Ukrainian economy can19-09-2020, 18:47
KZhRK miners' strike threatens with loss of sales markets without prospects of16-09-2020, 21:51
Privatization of the alcohol industry has started in Ukraine16-09-2020, 14:56
Iron ore prices to surpass six-year high soon16-09-2020, 10:32
World Oil Demand Peak May Be Over - BP15-09-2020, 09:05
China expands car market capacity by increasing demand for steel and metals11-09-2020, 10:56
Prices continue to rise in the long and flat steel markets08-09-2020, 14:25
Difference between ferrous and non-ferrous metal28-08-2020, 13:45
Sign in with: