Mine "Nadezhda" does not ship previously paid coal - statement of "Centrenergo"

On the eve of PJSC Centrenergo, despite the absence of any obligations to the Nadezhda mine, it made another advance payment to the miners for future shipments without any guarantees of receiving the paid coal. 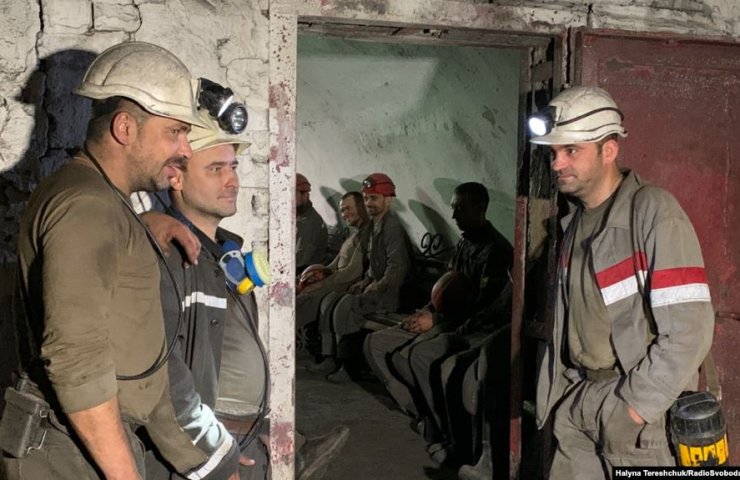 PJSC Mine "Nadezhda" does not ship coal paid for in August to PJSC "Centrenergo". About this reported in the press center of the generating company.

“As of August, Centrenergo's settlements with the Nadezhda mine are 100%, while there were no shipments of coal from this mining enterprise in August at all. Despite this, the miners came out to a new protest and reiterated their multimillion-dollar debts, which indicates the absence of any shifts in the systemic solution of the problem, "- said in the message of" Centrenergo ".

According to the press service, the company not only fully paid off with Nadezhda, but also, at the request of the director of this enterprise, in July entered into a new contract for the supply of coal to help miners get out of the idle time, despite the fact that according to the data “ Centrenergo ”, a cheaper and higher quality resource is available on the market.

The company also stated that none of Centrenergo's requests to the Ministry of Energy and the Government of Ukraine for a credit line from state banks for the purchase of coal in state mines, for changes in the electricity market without preference to private companies, for the establishment of economically justified coefficients for balancing the power system - they were not heard.

The company recalled that at the end of June, the main reason for their protest was the Nadezhda miners' debt to them by Centrenergo PJSC - in the amount of only 6 million hryvnias, while the debts of the mine itself at that time amounted to about 50 million hryvnias, from 75% of them are on salary.

Despite the outright manipulation, Centrenergo not only fully paid off with Nadezhda, but at the request of the director of the coal mining enterprise, in July it entered into a new contract for the supply of coal to help miners get out of a simple situation even when the market is available a cheaper and better resource.

Earlier it was reported that the Ministry of Energy of Ukraine considers the situation around the Nadezhda mine unprecedented for the country's coal mining industry. On September 2, the Cabinet of Ministers took the first step to merge the state mines with Centrenergo. On the initiative of the State Property Fund, the government has created a working group, which in the near future is to determine a model for creating a vertically integrated company based on state mines and Centrenergo.