According to the ministry, due to the understatement of prices for coal products, the enterprise received less than 36 million hryvnia, and purchases at inflated prices caused losses in the amount of about 20 million hryvnia. 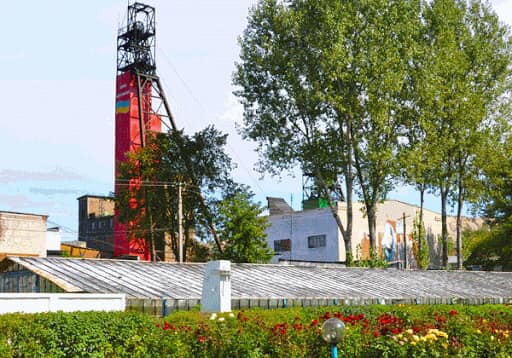 The Ministry of Energy of Ukraine handed over to the General Prosecutor's Office and the Security Service the materials of the financial audit of Nadezhda Mine CJSC, which, according to officials, testify to violations of the former management of the enterprise.

"An audit conducted by specialists from the Ministry of Energy revealed numerous violations in the activities of the previous management of the Nadezhda mine and significant losses caused to the enterprise," the ministry said in a statement.

The Ministry of Energy reported that the addition of the volumes of mined coal led to illegal expenses of almost 50 million hryvnias, and the understatement of prices for coal products led to a loss of income in the amount of more than 36 million hryvnias, including purchases at inflated prices - caused losses of about 20 million hryvnia.

“The miners of the Nadezhda mine should not pay for the atrocities committed by their former leaders. The mine managers who brought it to such a state must be severely punished. The relevant materials have already been transferred to the Prosecutor General's Office and the Security Service of Ukraine. But it takes time to investigate, and we can't leave people in trouble. Therefore, we are analyzing possible options for assistance from the state, ”she said. Minister of Energy Olga Buslavets.

The ministry recalled that since 2001, the Nadezhda mine has been classified as an enterprise for which a decision was made to liquidate, so the enterprise is not eligible for state support to partially cover the cost of coal.

Given the legal form of the enterprise (private joint stock company), it is necessary to carry out a number of measures to start financing under the state program for the liquidation of coal mining enterprises. Tentatively, financing of the mine under this program can begin no earlier than 2021.

Therefore, the Ministry of Energy appealed to the Prime Minister with a request to facilitate the allocation of 51 million hryvnia from the reserve fund for paying salaries to workers of the Nadezhda mine. The funds must be returned to the state budget by December 25, 2020.

As reported, the Prime Minister of Ukraine Denis Shmygal, at a government meeting on September 2, instructed the Ministry of Energy to provide a mechanism for resolving problematic issues related to wage arrears at PJSC Mine Nadia.

He noted that the situation at the mine, where people do not leave the ground for several days due to wage arrears, and also block the roads, is very serious, but since the mine is not state-owned, the government is not able to make direct subsidies to this enterprise.

Recommended:
Wi-Fi technology in DTEK mine entered the Ukrainian Book of Records as the first and deepest in the country
UK to lose over £ 18bn due to Huawei sanctions
NIBULON shipbuilders are working on the sixth non-self-propelled vessel, the NBL-91 project
On this topic
Ministry of energy of Ukraine announced the resumption of the work of state-owned mines
How the reform of the electricity market in Ukraine can lead to a collapse and what to do about it
The energy Ministry promises to resolve the crisis situation at the mine "Krasnolimanskaya"
Environmentalists not allowed to replace Russian coal into the UK domestic raw materials
Relentless degradation of the coal industry. Close Ukrainian mines?
Minamaneho heard the reports of heads of several state-owned mines
Add a comment
Сomments (0)
News Analytics
Australia to help Europe diversify lithium imports22-09-2020, 14:28
State Energy Efficiency of Ukraine proposes to amend the law "On Public22-09-2020, 13:58
India's largest state-owned metallurgical company "doubled"22-09-2020, 13:23
Dnipro Metallurgical Plant successfully combats oxygen losses in networks22-09-2020, 12:17
BELAZ delivered three dump trucks to the Irkutsk Region22-09-2020, 12:21
Iron ore prices to surpass six-year high soon16-09-2020, 10:32
World Oil Demand Peak May Be Over - BP15-09-2020, 09:05
China expands car market capacity by increasing demand for steel and metals11-09-2020, 10:56
Prices continue to rise in the long and flat steel markets08-09-2020, 14:25
Difference between ferrous and non-ferrous metal28-08-2020, 13:45
Sign in with: