Under the chairmanship of Prime Minister Denis Shmygal, a meeting of the Coordination Center for the Transformation of Ukraine's Coal Regions was held. 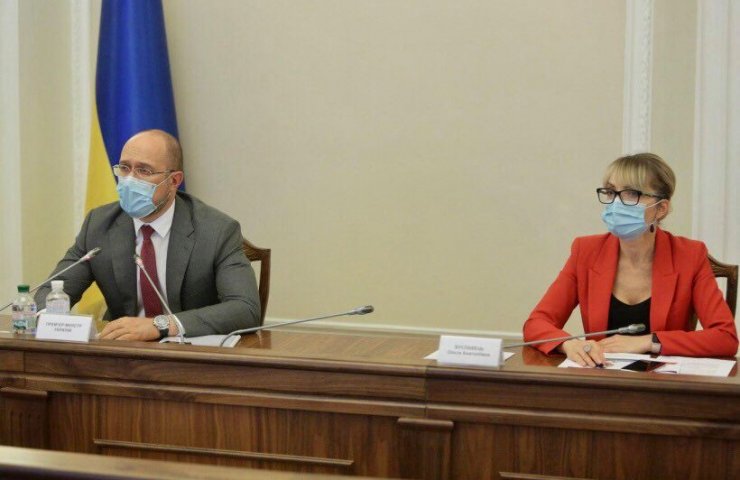 The Ministry of Energy of Ukraine has prepared a draft concept for reforming the coal region, based on the prospects of coal mining enterprises and the need to solve a number of problems accumulated in the industry.

"The industry needs urgent and comprehensive reform, which will proceed from the needs of the state in the field of energy, social development of mining regions and international obligations of Ukraine, and be based on the objective capabilities of the state industry and state authorities," Olga Buslavets said during presentation of the concept draft.

Among several reform options, the Ministry has identified a priority method for combining the privatization process and the process of integrating state-owned mines into Centrenergo PJSC. This path includes the distribution of mines into three groups. The first group - mines to be integrated with PJSC "Centerenergo" and are its resource base. The second is dual-use mines, the sale of which is not limited exclusively to thermal generation. The third group of mines is those that will be offered for privatization not only as coal mining enterprises, but also as integral property complexes that can be used for other economic activities.

“As part of the allocation, the Ministry will be guided by the results of the audit of state enterprises, the investment and geological potential of each mine, the needs of Centrenergo and objective data on the investment attractiveness of state mines,” Buslavets said.

Among the potential first pilot projects, two of the proposed mines are being considered: the Velikomostovskaya mine, located in the west of the country, in the city of Chervonograd, and the city of Mirnohrad, and has the potential of a technological cluster.

“The goal of all pilot projects will not only solve the problems of a specific area, but also create experiences that are easily transferred. All pilot projects will be implemented according to the principle of forming clusters: technological, tourist, innovative and others, ”Olga Buslavets summed up.

Recommended:
The government of Ukraine has taken the first step to integrate SE "VostGOK" into the structure of Energoatom
Onshore section of Nord Stream 2 launched in Germany - Deutsche Welle
The first hydrogen bus may appear in Moscow in one or two years
On this topic
The Ministry of Energy of Ukraine completed the development of the concept of transformation of the
The Ministry of Energy presented the conceptual framework for reforming the coal industry
Olga Buslovich announced a pilot project of transformation of the mines in two towns
The European Union has declared its readiness to support Ukraine in reforming the coal industry
Relentless degradation of the coal industry. Close Ukrainian mines?
Concorde Capital told about the preparations for the privatization of the largest coal companies of
Add a comment
Сomments (0)
News Analytics
Energomashspetsstal successfully completed the modernization of the press with23-04-2021, 10:21
Production of metal products in Donetsk region in March decreased by 5.5%23-04-2021, 10:49
The Ministry of Economy of Russia proposes to create a "Hydrogen Valley" on23-04-2021, 09:03
Ukrainian An-124 transported 216 tons of mining equipment to Africa on two22-04-2021, 19:31
Three European delegations visited the Mariupol commercial port in two days22-04-2021, 14:23
Global hydrogen demand to grow 7-fold by 2070 - PwC21-04-2021, 12:31
World Steel Association predicts a good year for metallurgists15-04-2021, 18:19
World Steel Association defines green steel and its variations12-04-2021, 13:14
China unlikely to cut steel capacity in 2021 due to high steel prices07-04-2021, 12:11
Scrap metal market at the beginning of April02-04-2021, 11:10
Sign in with: