The Acting Minister presented short, medium and long-term programs for the transportation of Ukrainian hydrogen to the countries of the European Union. 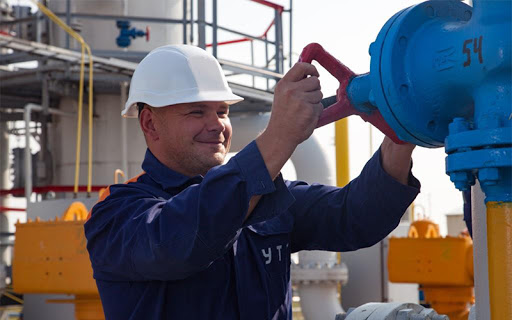 The Ministry of Energy of Ukraine is considering several options for transporting Ukrainian-made hydrogen to Europe. This was stated by the acting. Energy Minister Olga Buslavets at the opening of the round table "Hydrogen Economy: Roadmap".

This year, the European Union approved the "Hydrogen Strategy" as part of achieving zero CO 2 emissions by 2050, in which, in particular, it identified Ukraine as a priority partner due to its potential for producing "green" hydrogen and infrastructure (transit gas pipeline) connected to the EU.

“Ukraine sets ambitious climate targets for decarbonization of energy, industry and transport. Therefore, the use of "green" hydrogen is a tool that can ensure the achievement of the set goals. The Ministry is already developing a roadmap for Ukraine's hydrogen energy. We have outlined short-term, medium-term and long-term prospects for hydrogen transportation, ”Olga Buslavets said.

At the same time, in the long term, it is envisaged to use the regional and transit infrastructure of gas pipelines for the transfer of hydrogen fuel to Europe in large quantities.

At the same time, the possibilities of the gas transportation system for hydrogen transportation must be carefully studied together with experts in order to ensure safe operation, the Ministry of Energy emphasized.

“This issue needs to be further worked out together with EU experts to determine routes, as well as to develop a set of measures to ensure the reliability and safety of the gas transportation system with the new energy carrier,” Olga Buslavets said.

According to her, Ukraine will have to develop and adopt a regulatory framework to ensure the functioning of the hydrogen energy industry, introduce standardization systems in the field of hydrogen energy, develop safety requirements and measures for the production, storage, transportation and consumption of hydrogen, taking into account modern technologies of the leading EU countries.

As a reminder, during the recent visit of the Ukrainian delegation chaired by Olga Buslavets to Dusseldorf, a number of meetings were held with German companies Thyssenkrupp and Siemens. The head of the Ministry of Energy presented a portfolio of potential pilot projects for hydrogen energy, which can be implemented within the energy partnership between Ukraine and Germany.

The issue of cooperation in the field of hydrogen energy is included in the main topics of the energy partnership between Ukraine and Germany, defined General Statement signed by Olga Buslavets and Federal Minister of Economy and Energy of Germany Peter Altmaer in August.

Previously it was reported that German investors are ready to invest about a billion dollars in the construction of a large hydrogen plant in Ukraine, providing it with a wind park and solar panels to produce" green "hydrogen.

Финансовая аналитика, прогнозы цен на сталь, железную руду, уголь и другие сырьевые товары. More news and analytics on Metallurgprom telegram channel - subscribe to get up-to-date market information and price forecasts faster than others.
Сomments
Add a comment
Сomments (0)
On this topic
Russia did not mind replacing natural gas with hydrogen in Ukrainian transit in 2035
Ukraine will continue the strategy of development of renewable energy sources in the new environment
Is it possible to replace Russian gas in the Ukrainian GTS with "green" hydrogen?
Representatives of Ukraine and Germany discussed the prospects for cooperation in the
The development of hydrogen technologies is becoming a national security issue for Ukraine
The Ministry of Energy of Ukraine initiates the creation of the Decarbonization Fund
Recommended:
Metinvest to mothball Europe's largest coking plant due to shelling
China approves futures and derivatives law
World Bank: Commodity prices to remain at historic highs through 2024
News Analytics
Lithium mining in Chile's Atacama sparks controversy over flamingo habitat20-05-2022, 12:33
Europeans have sharply reduced the purchase of new cars20-05-2022, 08:34
Installed renewable energy capacity in China skyrockets in first four months of20-05-2022, 08:18
Martina Merz will continue to lead the German ThyssenKrupp until March 202820-05-2022, 08:50
European metallurgists criticized the plans of the European Commission to20-05-2022, 08:02
US steel market sentiment becomes more price neutral05-05-2022, 10:15
The global high-strength steel market will grow steadily by 5% annually for the04-05-2022, 08:45
China steel inventories hit 13-month high amid COVID-19 outbreak30-04-2022, 16:38
Slowdown in global auto sector affects steel prices27-04-2022, 12:36
World alumina production reaches a record 138 million tons21-04-2022, 09:54
Sign in with: