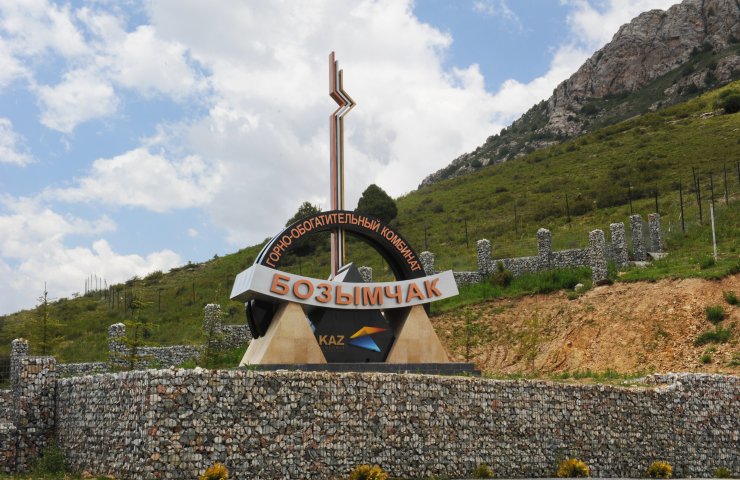 KAZ Minerals mining and processing complex Bozymchak, located in Kyrgyzstan, announced that it has suspended operations and evacuated employees amid unrest that began in the country after the parliamentary elections.

“Unfortunately, now we cannot talk about stable production work. We are forced to evacuate people from the plant, because in any situation the safety and health of our employees is a top priority, ”the company said on Facebook.

“We really hope that the situation will return to normal in the near future and we will be able to continue working as usual. Do not fall for provocations and take care of yourself! " - says the message.

KAZ Minerals Group, a major producer of copper and gold in Kazakhstan, operates at three mines and three concentrators in eastern Kazakhstan, the Bozymchak copper and gold mine in Kyrgyzstan, and the Bozshakol mining and processing complexes in Pavlodar region and Aktogay in the East Kazakhstan region.

Earlier it was reported about numerous attempts to seize mining companies and mines of Kyrgyzstan by unknown persons.

Alliance Altyn LLC at the Jerui deposit. According to the company's press service, this decision was made in connection with the unauthorized entry of unauthorized persons into the territory of a restricted facility - the Jerui production site. The company confirmed the reports of local media that a warehouse was robbed at the production facility, the building was set on fire, the general director of the Alliance Altyn enterprise was beaten.

On the night of October 7 in Bishkek from 20 to 30 people the doors were broken open to the office of the largest gold mining company in Kyrgyzstan" Kumtor ", went inside, but did not take anything, company representatives said.

Also, unknown persons seized the largest coal mine in the country Kara-Keche. Kyrgyz law enforcement agencies have so far refused to comment on these events.

Recommended:
The Ministry of Transport of Russia proposed to ban the import of railway wheels from Ukraine
Metinvest completes the 150 millionth reconstruction of the Ilyich plant despite the pandemic
Kazakhstan launched a new technology for the production of batteries
On this topic
Unidentified persons attacked the office of the largest gold mining company Kumtor in Kyrgyzstan
The largest gold mining enterprise in Kyrgyzstan announced an attempt to seize the deposit
Yuzhmash told whether it is possible to launch reusable rockets from the Black Sea
How the reform of the electricity market in Ukraine can lead to a collapse and what to do about it
Stopped nuclear power plants and mines. What's going on in the energy sector of Ukraine?
Jihadists undermine the extraction of gold in Burkina Faso attacking mine
Add a comment
Сomments (0)
News Analytics
Thyssenkrupp says negotiations to sell steel business have not progressed a step30-10-2020, 18:50
Kazakhstan launched a new technology for the production of batteries30-10-2020, 16:03
Erbol Nurgaliyev visited the metallurgical plant of JSC "ArcelorMittal Temirtau"30-10-2020, 16:27
Ukrzaliznytsia and NABU signed a memorandum of cooperation30-10-2020, 16:59
DMK expands its assortment of continuously cast billets30-10-2020, 16:19
Platts Steel Trade Review: China Will Decide Asia's Fate30-10-2020, 10:04
Dolomite powder market to reach USD 33.44 billion by 202705-10-2020, 12:33
Iron ore prices to surpass six-year high soon16-09-2020, 10:32
World Oil Demand Peak May Be Over - BP15-09-2020, 09:05
China expands car market capacity by increasing demand for steel and metals11-09-2020, 10:56
Sign in with: