According to the administration of PJSC "Kryvbaszhelezrudkom", the actions of the miners who have remained underground for more than a month are illegal and equate to the seizure of production facilities. 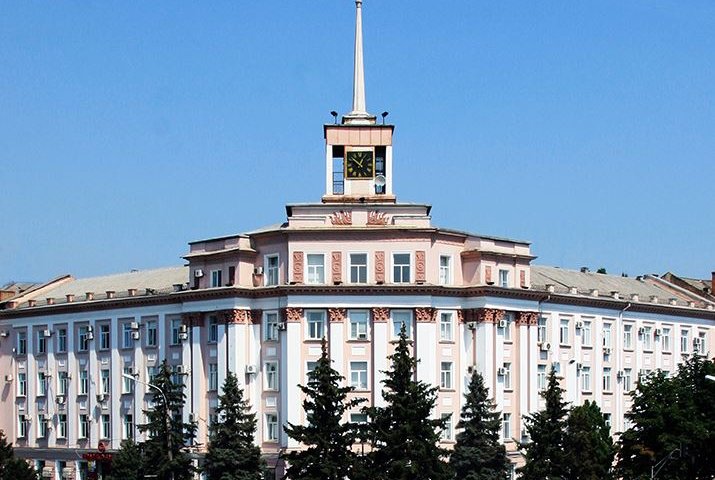 The administration of PJSC "Kryvbaszhelezrudkom" urged employees who still remain in the mine to stop their illegal activities and return to normal life.

By now, the workers of the Oktyabrskaya mine have refused to leave the underground mine workings, where they have been holding a protest action for more than a month, despite all attempts by the KZHRK administration to convince them to stop illegal actions in the opinion of the plant's leaders.

“Employees remain in the mine, completely ignoring the fact that the current legislation of Ukraine does not provide for the possibility or procedure for making payments to employees who, through illegal seizure of the production environment of the enterprise, make it impossible for the enterprise to work and violate the constitutional right to work of other employees. The administration of Kryvbaszhelezrudkom OJSC condemns the methods chosen by the employees, which are clearly unlawful, "the KZHRK said.

At the same time, the management of the enterprise noted that they are sympathetic to the fact that as a result of their own behavior, the so-called "strikers" found themselves in a difficult financial and psychological situation.

"Therefore, in case of receipt from their employees, who remained in mine conditions after the end of work shifts and did not perform their labor function, applications for providing them with material assistance for health improvement, or for urgent household needs, the administration of PJSC" Kryvbaszhelezrudkom "reserves the right to their full consideration and satisfaction, ”the KZhRK reported.

Let us remind you that on September 3 the night shift of the section №16 sh. "Oktyabrskaya" stopped mining iron ore, and after the end of the shift - 5 workers of the site remained in the mine, refusing to go to the surface. Then a number of other employees of the division joined them.

To find out the reasons for this behavior, the management of the mine went down to the workers, and later on the same day, representatives of the administration of the enterprise. However, the workers' visits were unsuccessful as the miners had no formalized requirements. Then it became known that the strikers were demanding a 30% increase in wages and better working conditions.

By two orders for the enterprise, the administration of PJSC "Kryvbaszhelezrudkom" increased the salary rates of employees by 25 - 35%. The pay of the miner who remained underground was unclear until today.

The total maximum number of miners who have so far remained in the underground conditions of the Oktyabrskaya mine is 32.

Recommended:
Australian dollar lost about a percent against the US dollar due to China's refusal to import coal
Ukraine will be transferred to biogas and biofuel
Launch vehicle "Antares" is carrying a new toilet for the crew to the ISS
On this topic
The number of striking underground miners of KZHRK increased to 62 people
PJSC "Kryvbaszhelezrudkom" intends to forcibly raise miners from the mine
KZhRK miners' strike threatens with loss of sales markets without prospects of their return
The head of KZHRK ordered preparations for the conservation of all four mines of the enterprise -
Miners of PJSC "Kryvbaszhelezrudkom" achieved an increase in wages
Rinat Akhmetov's DTEK has launched the underground Wi-Fi connection at a depth of 500 meters
Add a comment
Сomments (0)
News Analytics
Innovative matrix headlights on the Audi E-Tron19-10-2020, 22:43
Tensions rise between China and Australia over commodity trade14-10-2020, 18:15
The European Union confirms its intention to introduce a border tax on carbon13-10-2020, 13:20
ArcelorMittal Europe to start producing green steel from 202013-10-2020, 12:44
Kremenchug refinery launched an isomerization unit13-10-2020, 12:43
Dolomite powder market to reach USD 33.44 billion by 202705-10-2020, 12:33
Iron ore prices to surpass six-year high soon16-09-2020, 10:32
World Oil Demand Peak May Be Over - BP15-09-2020, 09:05
China expands car market capacity by increasing demand for steel and metals11-09-2020, 10:56
Prices continue to rise in the long and flat steel markets08-09-2020, 14:25
Sign in with: