Bidding will take place on the Prozorro portal. Sales. The tender has not yet been announced, because all the procedures for property appraisal have not been completed yet. 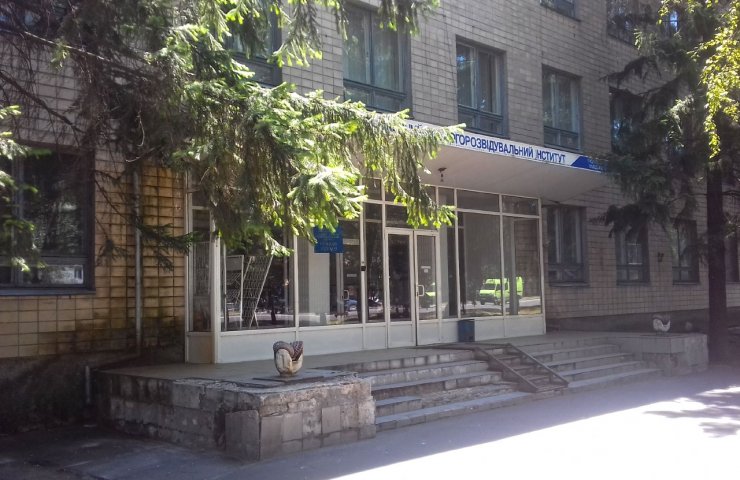 The State Property Fund is preparing to auction the buildings and structures of the "Ukrainian State Geological Prospecting Institute", on the street. European, 149 in Poltava. According to information of the Internet edition "Poltava region" , we are talking about 5344 m² of premises, the starting price of which will reach 3 million hryvnia. The regional branch of the Fund hopes to sell the Poltava branch of the flagship of the Ukrainian geological exploration at a much higher price.

The Regional Branch of the State Property Fund in Poltava and Sumy regions decided to put all this property up for sale with privatization at the end of September this year. According to acting. the head of this department Dmitry Mikhailenko, preliminary, it is estimated at 2.9 million hryvnia. In his opinion, this amount does not correspond to the market value of the object, so the Fund hopes that the price will increase during the auction.

Bidding will take place on the Prozorro portal. Sales. The tender has not yet been announced, because all the procedures for property appraisal have not been completed yet. The auction is expected to start in a few months.

One of 5 divisions of UkrGRRI, founded in 1963, operates in Poltava. In the 1980s-90s, up to 20 developments of the Institute were mastered during expeditions.

Today, the privatization process is taking place for all branches of UkrGRRI in Kiev, Poltava, Lvov, Chernigov and Dnipro. And the sale of buildings in Poltava is a part of this process.

Ukrainian State Geological Exploration Institute (UkrGRRI) was founded in Lvov in 1952 and until 1957 was a branch of the All-Union Scientific Research Geological Prospecting Institute for Oil.

At the end of 1999, in order to increase the efficiency of geological exploration, improve and develop the mineral resource base of Ukraine, to maximize the concentration of the scientific potential of the industry to focus research on the most promising and priority areas of research, UkrGRI was turned into a unique research complex, which provides scientific and methodological support and support for exploration work for all minerals without exception.

Since then, in addition to the areas of scientific activity that are already traditional for the institute (oil and gas geology and geophysics), UkrGGRI has been carrying out scientific support for geological exploration at the mine and non-metallic minerals, coal, groundwater; scientific support for regional exploration works; research is being carried out to develop technologies for the enrichment of mineral raw materials; geological-economic and ecological-geological research and the like.

Сomments
Add a comment
Сomments (0)
Partner news
Recommended:
Metinvest ships an average of 80 tons of oxygen per day to hospitals in Ukraine
Ukraine and Canada have started the practical implementation of the space project "Cyclone-4M"
Chinese consumers slash new car purchases amid rising electric vehicle sales
On this topic
Ukraine canceled the auction for the sale of Europe's largest titanium production facility
Ukraine will again try to sell Europe's largest titanium and zirconium producer
Gas production division of Naftogaz of Ukraine transferred UAH 1 billion in rent payments to the
Новые правила ограничения сроков эксплуатации грузовых вагонов стали результатом уступок
Ukrzaliznytsia puts 100% of all orders of services in freight transport in ProZorro
Ukrposhta carried out the largest purchase of cars in the Ukrainian market
News Analytics
Elon Musk urges people to leave Binance, Coinbase and other cryptocurrency28-11-2021, 13:19
Ukraine's population is declining at one of the fastest growing rates in the28-11-2021, 13:09
Spain refuses to build uranium plant28-11-2021, 13:19
Elon Musk turned out to be from subsidies for Tesla plant in Germany27-11-2021, 11:33
State Service of Geology and Mineral Resources of Ukraine has updated data for27-11-2021, 11:40
What unites Ilona Mask and other richest people in the world31-10-2021, 12:28
Moldavian Gordian knot - big politics28-10-2021, 11:03
Elon Musk's equity capital is approaching the $ 300 billion mark27-10-2021, 13:26
Hopes are dying to end the world's dependence on coal25-10-2021, 16:54
Will the rise in steel prices limit metallurgical production?25-10-2021, 11:44
Sign in with: