Sending construction materials to the moon will be costly and time consuming. But Texas-based startup ICON says it has a sci-fi solution - 3D printing a lunar base from moon dust. 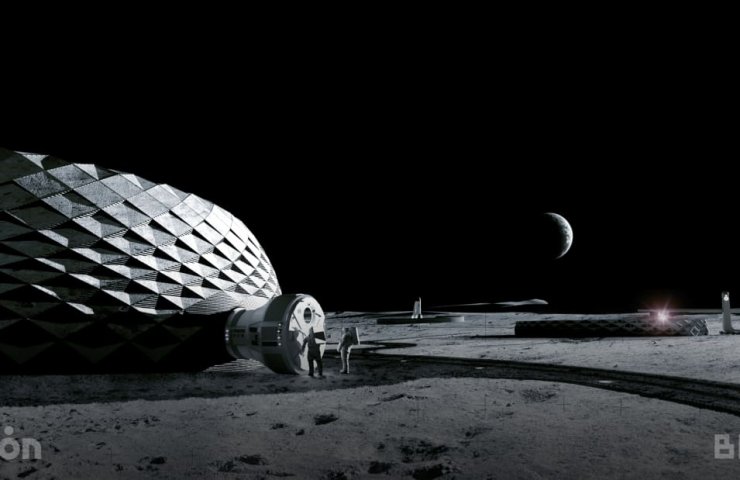 Next year, NASA plans to send the first astronauts to the moon since 1972 and expects a permanent lunar base to be established on the satellite's surface by the end of the next decade. It will be the first habitat ever built on an extraterrestrial surface, and the challenges facing developers are unprecedented.

Sending large quantities of building materials to the moon would be costly and time consuming. But Texas-based startup ICON says it has a solution - 3D-printing the moon-dust base structures.

ICON is working with NASA to develop technology that can turn moon dust into a concrete-like material, says ICON co-founder and CEO Jason Ballard. Lunar dust, also known as lunar regolith, is the sand-like topsoil that covers the surface of the Moon. It's sharp, abrasive, and extremely grippy - the Apollo astronauts found it stick to everything, including their spacesuits. There is a lot of regolith, which means there will be a huge supply of raw materials if ICON is successful.

ICON has been using 3D printing technology to build social housing in Mexico and Texas since 2018. Using a concrete-based mixture called lavacrite, it can print about 500 square feet in 24 hours.

But the Moon is "a radically different world," says Ballard. From Earth, it looks like a serene, smooth, silver ball, but it is susceptible to high levels of radiation, strong lunar earthquakes, sudden changes in temperature, and frequent impacts of micrometeorites.

And turning moon dust into building material is another serious problem. The team is experimenting with small samples of lunar dust in the lab - working out how to change its state using microwaves, lasers and infrared light, using "little or no additives," says Ballard.

According to Ballard, the team studied habitats in extreme conditions, including McMurdo Station in Antarctica and the International Space Station, and used their findings to create a number of lunar design concepts.

NASA began exploring 3D printing as a possible space-building technology with the launch of the 3D-Printed Habitat Competition in 2015. With the launch of the Artemis missions next year, NASA's first step towards a lunar habitat will be the Gateway space station orbiting the moon, according to spokesman Claire Skelly.

According to Skelly, NASA wants to build premises to house four astronauts for up to a month. This is an important first step towards Mars and planets outside our system.

Skelly says it has yet to be decided if the lunar habitat will be 3D printed, but "NASA could provide ICON with additional funding" and could give the company the opportunity to test its technology on the lunar surface.