In short, VostGOK demands to increase the purchase price of uranium concentrate and back it up with an additional agreement, while Energoatom is categorically against it. 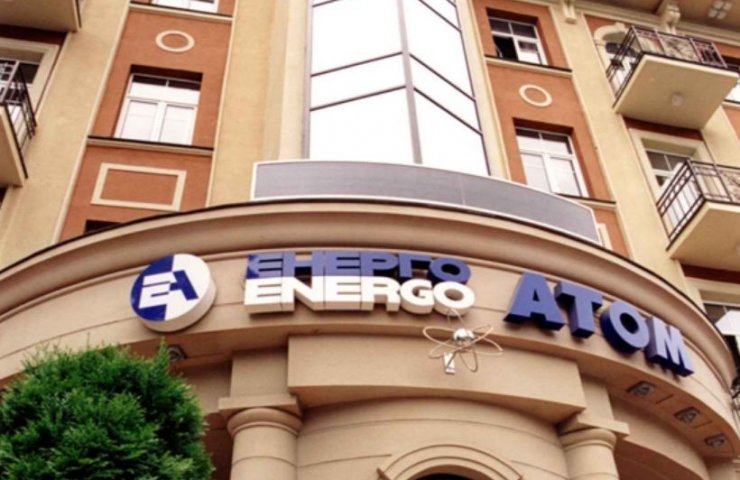 This week marks 100 days since the acting director general was appointed at the only uranium mining enterprise in Ukraine. The main task of the new leader was to pay off wage arrears. However, during this period a little more than half of the debt was paid off and the top manager calls the “unconstructive and unfriendly” position of the National Atomic Energy Generating Company Energoatom the main obstacle to solving this problem.

“The terms of cooperation with NNEGC“ Energoatom ”are very complicated, they cannot be called constructive or friendly. And this affects not only the timely payment of wages, but also the financial condition of the enterprise as a whole, ”said the acting director. General Director of SE "VostGOK" Anton Bendik in interview own press service.

Therefore, among the activities of the head of VostGOK, the issues of establishing productive and constructive cooperation with NNEGC Energoatom on the company's compliance with the obligations stipulated by long-term agreement .

Previously it was reported that in the teams of VostGOK divisions there is an increase in dissatisfaction with the current situation with late payment and with the existing level of wages, employees are ready for decisive action.

Answering the question about the Novokonstantinovskaya mine, where an investment project to increase production capacity is being implemented, Anton Bendik noted: “There are indeed opportunities for investment. As for the investment project for the construction of the Novokonstantinovskaya mine, first of all it should be state investments. For the reconstruction of the sulfuric acid shop at GMZ, we are looking for interested foreign partners. One of the most likely options is to attract investments from European environmental funds. ”

As a reminder, the Interdepartmental Commission on State Investment Projects of the Ministry of Economic Development of Ukraine agreed for 2020 financing of the state investment project“ Novokonstantinovskaya mine. Development of production facilities "in the amount of 140 million hryvnia.

The two operating uranium mines of the plant are, in terms of their energy equivalent, equivalent to 60 coal mines, in other words, one third of the entire Donbass.

Recommended:
Siemens has stopped selling wind turbines in China, stating that the company is not interested in this market
An investment project worth $ 50 million is completed at the Ingulets mining and processing plant
For the first time in Ukraine, a passenger car running on hydrogen was certified
On this topic
1.4 billion hryvnia will be allocated to pay off wage arrears to miners
Workers of the only uranium mining enterprise in Ukraine prepare for protests
Stopped nuclear power plants and mines. What's going on in the energy sector of Ukraine?
Pavlisin: Energoatom may face a shortage of funds for payment of taxes and salaries
Minister Ariel presented to the staff of SE NNEGC "Energoatom" the new head
Energoatom appealed to the AMC with a complaint of possible manipulation in the supply of
Partner news
Сomments
Add a comment
Сomments (0)
News Analytics
Poland refuses to close coal mine despite EU court ruling and € 0.5 million a21-09-2021, 20:49
Lawsuits filed against BMW and Mercedes-Benz in Germany for refusing to cut CO221-09-2021, 11:44
Low-carbon beer: Budweiser and Rusal launch a pilot project21-09-2021, 10:19
High-speed alloy design could revolutionize the hydrogen future21-09-2021, 09:09
UK energy companies file for bankruptcy en masse due to high gas prices21-09-2021, 09:13
Moody's changes its outlook for the mining and metals industry from "positive"14-09-2021, 18:39
European steel prices decline from summer highs and remain stable high04-09-2021, 10:38
Rise in European steel prices to dizzying levels finally fizzled out - Bloomberg27-08-2021, 13:18
Gold continues to be the most efficient portfolio asset - WGC26-08-2021, 12:38
Falling iron ore prices caught Wall Street by surprise - WSJ23-08-2021, 13:57
Sign in with: