The US Presidential Administration wants to impose sanctions against the Chinese exploration and drilling company China National Offshore Oil Corp. 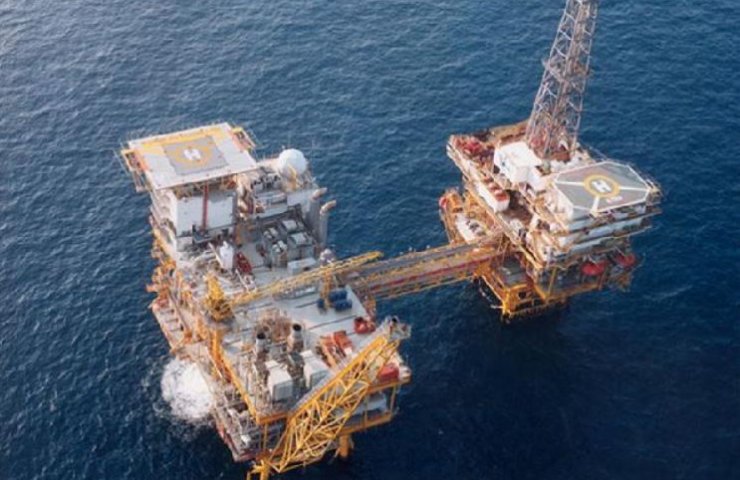 The upcoming step is viewed by the Western media as an attempt to drive Joe Biden into a tough position on Beijing amid bipartisan anti-Chinese sentiment in Congress. For example, Reuters reported last week that the Trump administration may soon name 89 Chinese companies with military ties, limiting their ability to purchase certain American goods and technology.

It is expected that CNOOC will be punished for the production of hydrocarbons on the shelf of the South China Sea. Three more companies are added to the sanctions lists, which, according to Washington, are controlled by the PRC military.

CNOOC is the leader in oil production on the PRC shelf and produces oil far beyond the territorial waters of China - 200 miles off the coast of Vietnam and the Philippines. According to the American authorities, drilling in these areas is part of the PRC's strategy to expand its military presence in the South China Sea. The difficulty lies in the fact that CNOOC also has oil and gas sites in the United States and actively cooperates with the American ExxonMobil.

However, the Chinese company announced the start of production at the new gas field, Luhua 29-1 in the eastern part of the South China Sea.

“The gas field will fully utilize the existing production facilities of the Liuhua 34-2 gas field and the Liwan 3-1 gas field. Peak natural gas production is expected to be approximately 62 million cubic feet per day in 2022, ”CNOOC said.

Financial sanctions against CNOOC, including a ban on attracting funding, will deal a "hard blow" to the company, since it is involved in joint projects with the American ExxonMobil, and in addition, uses American equipment, says SIA Energy analyst Sengik Tei.

Recommended:
Emirates Steel to start production of hot rolled steel coils
The silver market is facing record supply and demand in 2021 - Silver Institute
The Ukrainian government will close two coal mines in Donetsk and Lviv regions
On this topic
US to impose sanctions against Nord Stream 2 by the end of the year
US investment in a carbon-free economy could exceed $ 10 trillion
Biden's trade policy will target China: steel and aluminum tariffs remain
Washington may cancel the portion of the tariff on metals in the fight against the coronavirus
Los Angeles Times: a Perfect storm in the American market of steel
CNBC: Trump exaggerates the effectiveness of sanctions against Turkey
Add a comment
Сomments (0)
News Analytics
Coronavirus drove Belgian skiers to the slopes of the Charleroi waste heap07-03-2021, 13:52
US Steel focuses on the production of nanosteel for high-strength alloys07-03-2021, 13:46
Poland could lead the race in hydrogen steel technology07-03-2021, 11:29
US Senate Adopts $ 1.9 Trillion Stimulus Package06-03-2021, 23:54
Tibet invests about $ 30 billion in infrastructure projects in 5 years06-03-2021, 14:39
Spread between raw materials and high strength alloy steel in Europe increased01-03-2021, 20:21
Increase in prices is forecasted in the markets of steel raw materials -26-02-2021, 09:25
Troy ounce of gold will drop $ 500 in two years - Fitch25-02-2021, 18:29
Global iron ore production growth to outstrip cumulative production in India23-02-2021, 10:22
Fitch Ratings Warns of “Shocking Impact” on Fossil Fuel Exporters18-02-2021, 14:44
Sign in with: