Ukraine is currently developing a National Program for the Transformation of Coal Areas until 2030, which provides for the closure of more than 100 unprofitable state-owned mines. 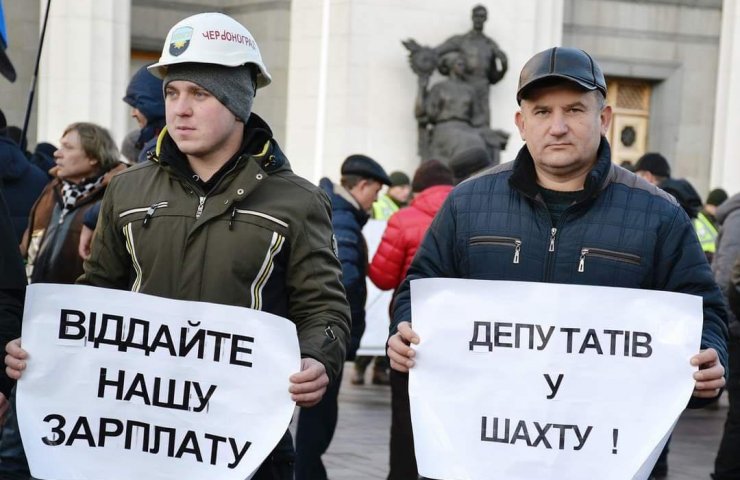 Minister of Development of Communities and Territories of Ukraine Oleksiy Chernyshev asked Ambassador Extraordinary and Plenipotentiary of the United Kingdom of Great Britain and Northern Ireland to Ukraine Melinda Simmons to share her experience of the British transformation of coal regions.

“For the Ukrainian government, the gradual and phased transformation of coal regions is a priority area of ​​work. Considering that the UK has already gone this way, and we are only at the beginning, the British experience will allow us to look from new perspectives on how to turn a loss-making industry into an efficient, compact system and bring economic development to these regions, ”said the Minister of Community Development and the territories of Ukraine Alexey Chernyshev.

According to the draft Concept for the transformation of the coal industry, all unprofitable mines in Ukraine will be closed within 10 years, and in the coming years, subsidies for coal enterprises from the budget will be minimized.

The draft concept for the transformation of the coal industry provides for the distribution of Ukrainian mines into three groups: the first - the mines that are subject to integration with PJSC "Centrenergo" and which are its resource base, the second - the dual-purpose mines that produce both thermal and coking coal, which is used in metallurgy, the third - mines subject to privatization not only as coal mining enterprises, but also as integral property complexes with the aim of re-profiling.

Ambassador Extraordinary and Plenipotentiary of the United Kingdom of Great Britain and Northern Ireland to Ukraine Melinda Simmons, in turn, stressed Britain's readiness to share its experience in re-profiling coal mining regions.

“The UK is pleased to share its experience on this issue, especially given the enormous impact of these processes on the lives of people in the areas where coal is mined,” added Ambassador Melinda Simmons.

The experience of Great Britain in liquidating the coal industry, if carefully studied, may not please Ukrainian officials, since there it was accompanied by the largest strike of miners in history, riots and deaths. It was only thanks to the iron will of Margaret Thatcher that the government succeeded in suppressing the miners' uprising that lasted more than 12 months.

British coal was difficult to compete with foreign because of the high costs of its production associated with the organizational and technical backwardness of the British coal industry. In addition, in England at the end of the last century, coal seams that came out to the surface of the earth and allowed for coal mining by the open method or through horizontal drilling were depleted, which also increased the cost of coal mining.

The "reforms" of the UK coal industry were carried out by Margaret Thatcher, who skillfully and successfully used police forces against miners who were on strike against the closure of mines and wage arrears. As a result of the "transformation" of the coal regions of England in the winter of 1985, hunger began among the miners. About 20 thousand miners were dismissed. Police made 9,750 arrests, 152 miners were sentenced to long prison terms, and three people died in street fighting. However, the main consequence of the defeat of the strike was the complete restructuring of the coal industry. More than a hundred unprofitable mines were closed.

In the winter of 2015, Britain's last deepest coal mine, the Kellingley mine, located in West Yorkshire, was shut down.

“The industrial revolution in Great Britain was fueled by coal. And if in the 1980s the closure of mines could be attributed to the revenge of the conservative government for strikes, now the reasons for this are purely economic. British coal can no longer compete with foreign coal. In fact, we use coal, but it is no longer local coal, "- said then Professor Stephen Fosergill from Sheffield Hallam University.

Recommended:
The Ministry of Energy of Ukraine discusses with the Czech Republic the idea of ​​producing small modular nuclear reactors
Localization of production of electric cars and charging stations started in Ukraine
ArcelorMittal is preparing to announce another price increase in the next few days
On this topic
The Ministry of Energy of Ukraine presented a project for the transformation of the coal industry
The Ministry of Energy of Ukraine completed the development of the concept of transformation of the
Yuzhmash told whether it is possible to launch reusable rockets from the Black Sea
The European Union has declared its readiness to support Ukraine in reforming the coal industry
Relentless degradation of the coal industry. Close Ukrainian mines?
The deficit in Britain: the Brits are stocking up before Brexit
Add a comment
Сomments (0)
News Analytics
Украина сохранила позиции в мировом рейтинге производителей по стали и26-02-2021, 15:52
ArcelorMittal has raised prices for galvanizing for the European market to 90026-02-2021, 13:23
The European Commission initiated a new investigation on steel imports to26-02-2021, 13:22
A rally of workers of the stopped shipyard was held in Mariupol26-02-2021, 12:34
State Energy Efficiency together with UNECE and stakeholders discussed the26-02-2021, 11:36
Increase in prices is forecasted in the markets of steel raw materials -26-02-2021, 09:25
Troy ounce of gold will drop $ 500 in two years - Fitch25-02-2021, 18:29
Global iron ore production growth to outstrip cumulative production in India23-02-2021, 10:22
Fitch Ratings Warns of “Shocking Impact” on Fossil Fuel Exporters18-02-2021, 14:44
Raw material prices rise by about 10.5% in January 2021 - Deutsche Industriebank12-02-2021, 10:48
Sign in with: