the Ukrainian government is preparing a reform of the coal industry: part state-owned mines are going to close, and part privatized. 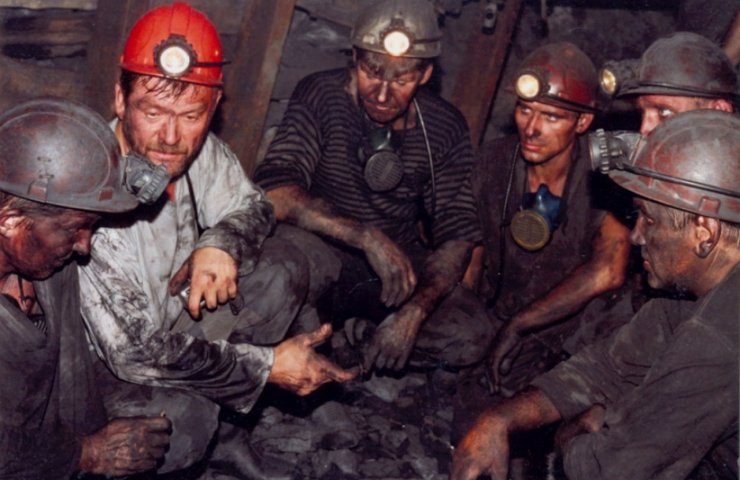 in recent months in the different mining towns of Ukraine held a protest action. The miners stopped work in state enterprises and went outside. The basic requirement has remained unchanged - to pay multimillion-dollar debts to employees on wages. The miners also demanded to pay attention to the overall state of the industry in decline: the equipment is not updated for years, because of accidents, people are dying, and as a result, debt at certain mines, shut off the light, blocking their work. Against this background, the Ministry of energy and environment protection of Ukraine are preparing to reform the coal industry, because most of mines are unprofitable and are constantly subsidized from the budget.

After the outbreak of armed conflict in the Donbass in 2014 about hundreds of Ukrainian mines has been in the occupied territories. Controlled Kiev, now works only 11 state-owned coal enterprises, which unites 33 of the mine. They employ around 36 000 miners. The results of the audit of the accounting chamber, only two mines are profitable - "Hope" in Lviv and"Krasnolimanskaya" in the Donetsk region. And the rest, despite the state support in the last twenty years, constantly degraded. The main reasons for this state of the industry in the financial oversight body called the lack of reforms, inefficiency of marketing system products and unsystematic funding.

Own evaluation of the performance of the mines are now in the Department of energy and environmental protection. There is analyzed the performance of all coal mines and divided them into the following categories: advanced, which are subject to privatization, and unpromising. Regarding the latter, the Ministry has repeatedly stressed that these mines should be eliminated. The Minister of energy Alexey Orzhel previously said about the possible closure of mines 13-15. In his words, abnormal is the situation, "when production, to be profitable, financed from the state budget".

For the state it is more profitable to close unprofitable mines than to continue to subsidize them, said the Deputy Minister Irina Stavchuk.

"of Course, this should happen with social programs for the miners, the possibility of reorientation from the point of view of new jobs and terms long payment of the funds so they could find other jobs," - said the official at a briefing on the results of the UN conference on climate change, which the Minister announced plans for the closure of unpromising mines.

Danger to mining towns in

such unprofitable and unpromising, according to the Ministry, and include three of the four mines of JSC "lisichanskugol" operating in the border region. Capacities of the enterprise are concentrated in three settlements of the region - Lysychansk, Novodruzhesk and Pryvillia. This industrial region is the oldest mining region of Donbass, its deposits exceed 100 million tons of coal, says technical Director of the company Vyacheslav Erosion. He claims that all of their mines to a certain extent promising if only correctly to develop them and invest the necessary funds. The last time the equipment of the mines "lisichanskugol" updated, according to the source, six years ago.

"these mines worked and somehow become self-sufficient at least in two ways - salary, and electricity - need to invest. And the last five years have given money only for salaries," - says Vyacheslav Erosion and notes that nowadays, the employees of the enterprise there are debts on payment for two months. Together, the SOE employs 3.5 thousand people. In the case of the closure of the mines Director fears script with mine "witted", which was part of the state-owned enterprises and which was closed in the early 2000s. "they promised the creation of jobs, building factories. In the end, all looted ... And people redirected to other mines, which are then more or less worked".

Now a sad prospect can comprehend the city of Novodruzhesk and Pryvillia, in which there are aggregate of 14 000 people. Life of the majority of residents associated with the mines "Novodruzheskaya", "Prevalencia" and "Kapustin", which the government recognized unpromising. "People have nowhere to run. This is the main problem, with this you will have to fight. If the person is not doing anything, there is a "blooming" whatever you want - from banditry to other negatives" - going through the source.

Vyacheslav Erosion recognizes that in the future Ukraine will not pass the rejection of fossil fuels, which is not possible at this stage. "The gas is expensive, power plants are constantly demanding coal" he says. Now in minamaneho recommended that the management of state-owned enterprises all the resources to direct the development of only one mine - "Melnikov" that the city Lisichansk. However, there is hope that they will still pass close, the mine will receive government support.

On the restructuring of the coal industry in 2020, the government has laid of 1.96 billion hryvnia. Of these, one billion will be spent on technical re-equipment and modernization of the mines, according to the Ministry.

Under the guise of restructuring actually will be the closure of the mines, said the MP, Chairman of the Independent trade Union of miners of Ukraine Mikhail Volynets. In his opinion, a crisis situation in the coal industry in the short term will lead to the fact that the protests will resort not only miners, but also the whole mining town, which, because of ineffective government policy now doomed to extinction.

"miners around the world are quite conservative, it is very difficult to adapt to other industry sectors, even to young people. It's like a separate caste", - says Mikhail Volynets, and notes that it is essential to include socio-economic impacts from any future government reforms. In Minekonomiki agree that the priority in future work will be the preservation of jobs or employment of laid-off workers in the event of a reorganization.

"First and foremost task is to reduce the burden on the budget. With this aim, decisions are taken on the further functioning of enterprises in conditions of market relationships and limited state budget", - said the press service of the specialized Agency. The Ministry noted that the coal industry is primarily a people and the city, and therefore not yet settled the social question, "decisions on closure of mines will not be".

in the near future the government promised to introduce a new concept of reforming the coal industry. However, such programmes were prepared and the predecessors of the Minister of Oriel. However, according to the audit results, so far none of them has been completely implemented effectively, and therefore, the industry situation continues to deteriorate.

Recommended:
EU economy will not be able to return to pre-pandemic level before mid-2022 - Lagarde
Ukraine and Australia have become one step closer in cooperation in the space sector
The largest energy company in Ukraine asks the state to intervene in the situation with coal supplies
On this topic
Miners go to Kiev on protest action
Miners of Ukraine has started to extinguish debts on a salary for 4 months
In Luhansk region the miners refused to come to the surface
Fitch: steel production in Ukraine will not come to pre-war levels
Miners go to Kiev to protest: will demand a billion hryvnia
Heating season in Ukraine: where there can be problems with heat and why
Add a comment
Сomments (0)
News Analytics
US Senate Adopts $ 1.9 Trillion Stimulus Package06-03-2021, 23:54
Tibet invests about $ 30 billion in infrastructure projects in 5 years06-03-2021, 14:39
Siemens Energy promised Deutsche Welle to closely monitor democracy in Belarus06-03-2021, 10:32
US and EU suspend the collection of duties that were imposed against each other05-03-2021, 22:48
Turboatom and Electrotyazhmash discussed prospects for cooperation under05-03-2021, 19:04
Spread between raw materials and high strength alloy steel in Europe increased01-03-2021, 20:21
Increase in prices is forecasted in the markets of steel raw materials -26-02-2021, 09:25
Troy ounce of gold will drop $ 500 in two years - Fitch25-02-2021, 18:29
Global iron ore production growth to outstrip cumulative production in India23-02-2021, 10:22
Fitch Ratings Warns of “Shocking Impact” on Fossil Fuel Exporters18-02-2021, 14:44
Sign in with: