As a result of the collapse of the rock, two miners were under the rubble - one of them has already been freed. 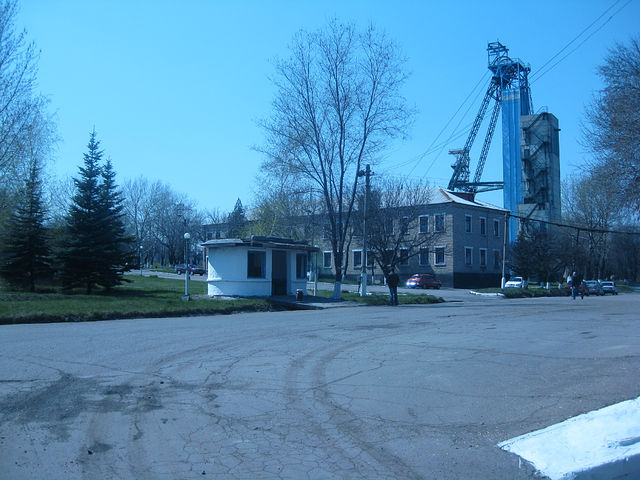 Tonight at 0:13 there was a collapse of mountain masses on the horizon of 687 meters of the Zolotoe Mine of the Pervomaiskugol State Enterprise. This was announced on his Facebook page by the chairman of the Independent Trade Union of Miners of Ukraine Mikhail Volynets.

Two mine workers were caught in a landslide. Soldiers of the mine rescue service managed to quickly free one of them. He refused hospitalization.

Rescue and search work continues. Soldiers of the mine rescue service are taking all measures to save the life of another miner.

“Despite progress and digitalization, the situation has persisted for decades - relatives and friends of miners worry every time their loved ones go to work. For one of the most dangerous jobs in the world, ”M. Volynets noted.

Earlier it was reported that more than 14 million hryvnias were embezzled in the works to prevent the flooding of the Zolote mine. The investigation established that the heads of the state-owned enterprise, its divisions and the heads of private structures acted in collusion. As a result, out of UAH 33 million allocated by the government, more than UAH 14 million was illegally overpaid, which settled on the accounts of private companies.

Mine "Zolotoe" is a coal mining enterprise in the city of Zolotoe (Pervomaisky City Council, Lugansk region, Ukraine). Part of the state enterprise "Pervomaiskugol". Until the 1950s, the mine was called Stakhanovets.

Recommended:
US hits Iran's steel industry again
From January 1, 98% of all Ukrainian goods will have free access to the UK market
Smart Holding and Dragon Capital agree to sell Unex Bank
On this topic
Tomorrow in Kiev is expected protests by miners demanding to dismiss A. Gerus
Stopped nuclear power plants and mines. What's going on in the energy sector of Ukraine?
Relentless degradation of the coal industry. Close Ukrainian mines?
In Luhansk region the miners refused to come to the surface
The Independent Trade Union of Miners of Ukraine decided to prepare for an all-Ukrainian protest
Fire broke out at the mine "Stepnaya " SE "Lvovugol "
Add a comment
Сomments (0)
News Analytics
From 2030, all new Boeing jets will be able to refuel from household waste24-01-2021, 18:56
Polish President urged the European Union to strengthen sanctions against Russia24-01-2021, 15:14
Trump's legacy - carmakers shut down factories over Chinese chip shortages24-01-2021, 12:05
Adviser to the President of Ukraine: We expect 2021 to be a year of economic24-01-2021, 11:52
11 miners rescued from exploding gold mine in China on January 1024-01-2021, 11:05
China will overtake the United States to become the world's largest economy in27-12-2020, 12:04
The shortage in the US steel market will last at least until the end of the25-12-2020, 11:36
Steel production in China to surpass one billion tons this year23-12-2020, 10:59
Iron ore prices hit seven-year high and continue to rise15-12-2020, 10:26
Prices for metallurgical raw materials continue to rise in regional markets10-12-2020, 11:32
Sign in with: