According to the Acting President of NNEGC Energoatom, SE VostGOK did not fulfill its obligations to supply uranium concentrate despite 100% prepayment. 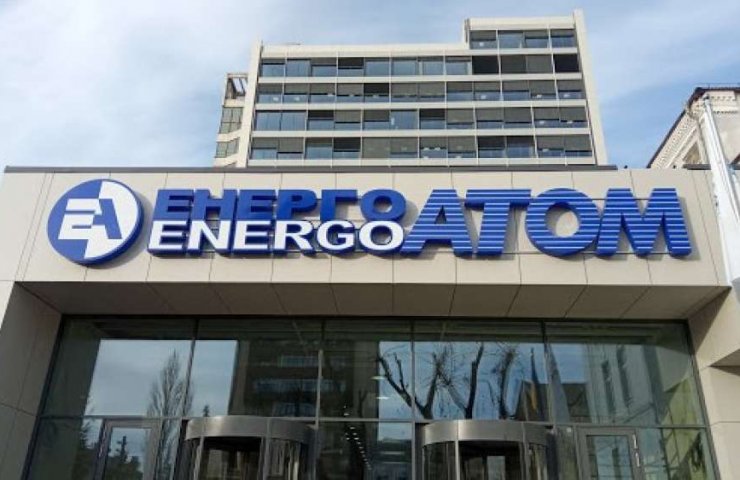 “Now we have fully paid for 800 tons (the volume of delivery in 2020 - ed.), yesterday we transferred them 50 million hryvnia at the request of the prime minister. Their debt on the concentrate is 700 million hryvnia to us, and we understand that they will not supply it, "he said.

According to Kotin, Energoatom and VostGOK have reduced the annual supply from 1,000 to 800 tons of uranium concentrate.

“Under this agreement, they have to supply us with 1,000 tons of concentrate. We pay them in advance payments - UAH 290 million a month. In September-October, we realized that they would not produce 1,000 tons, but we pay and pay, so we agreed that we would reduce the supply from 1,000 to 800 tons, ”Kotin said.

He added that Energoatom admits the possibility of VostGOK joining its structure, by the decision of the government.

“We go for this idea, we understand ... that we need to take control of them and bring the situation (to a better state - ed.). We admit this possibility, we do not deny, ”Kotin said.

VostGOK's accession to Energoatom is seen as one of the ways to resolve the debt situation at the enterprise, the Prime Minister of Ukraine Denis Shmygal confirmed.

Previously it was reported that the mines of the VostGOK State Enterprise, which were shut down in early December, will return to work on January 4. Workers of the only uranium mining enterprise in Ukraine held protests and this week blocked four highways of state importance for three days, demanding payment of wage arrears and the resumption of the mines.

At the end of November, the acting head of the Ministry of Energy Yuriy Boyko reported that the Cabinet of Ministers of Ukraine is considering the possibility of joining VostGOK to Energoatom, which should automatically remove debt issues within the framework of the functioning of a single property complex.

According to him, in conditions when the cost of production of domestic uranium concentrate significantly exceeds the world indicators, the merger of enterprises could improve the financial situation at the plant.

Energoatom is the operator of all four operating nuclear power plants in Ukraine. Operates 15 power units equipped with pressurized water reactors with a total installed electrical capacity of 13,835 GW.

VostGOK is the only in Ukraine and the largest in Europe enterprise for the extraction and processing of uranium ore. The annual demand of Ukrainian NPPs for uranium concentrate is about 2.4 thousand tons, while its internal production by SE "VostGOK" is about 1 thousand tons.

Recommended:
State Service of Geology and Mineral Resources of Ukraine will continue to fight for investments - Roman Optimakh
Electric vehicles accounted for 5.7% of all new cars sold in Europe in the first quarter
Gas prices in Ukraine have reached a record value over the past two years - 9000 UAH /thousand cubic meters
On this topic
Uranium problems: Ukraine may lose its own production
Ukraine held its 13th position among 62 steel-producing countries in October
Steel production in September 2020
Eastern GOK reduced production of uranium concentrate by 30%
Minister Ariel presented to the staff of SE NNEGC "Energoatom" the new head
"VostGOK and Energoatom signed a six-year contract for the supply of uranium concentrate
Add a comment
Сomments (0)
News Analytics
China's Non-Ferrous Metals Sector Records High First Quarter Profits08-05-2021, 15:43
Copper price rises to a record high08-05-2021, 10:17
Dneprotyazhmash manufactures technological equipment for DMK07-05-2021, 10:07
The National Bank of Ukraine will sell 46 tons of scrap metal from obsolete07-05-2021, 10:10
Dnieper Metallurgical Plant DCH Steel in April reduced steel production by 2.8%07-05-2021, 09:18
The current state of the market is ideal for the sale of rolled steel - IREPAS04-05-2021, 18:41
Global hydrogen demand to grow 7-fold by 2070 - PwC21-04-2021, 12:31
World Steel Association predicts a good year for metallurgists15-04-2021, 18:19
World Steel Association defines green steel and its variations12-04-2021, 13:14
China unlikely to cut steel capacity in 2021 due to high steel prices07-04-2021, 12:11
Sign in with: