In Kamchatka, the bodies of two miners of the Asachinsky gold deposit were found

Five workers of the Asachinsky gold mine in Kamchatka were trapped in the rubble after the mine collapsed. Three people managed to get out on their own. 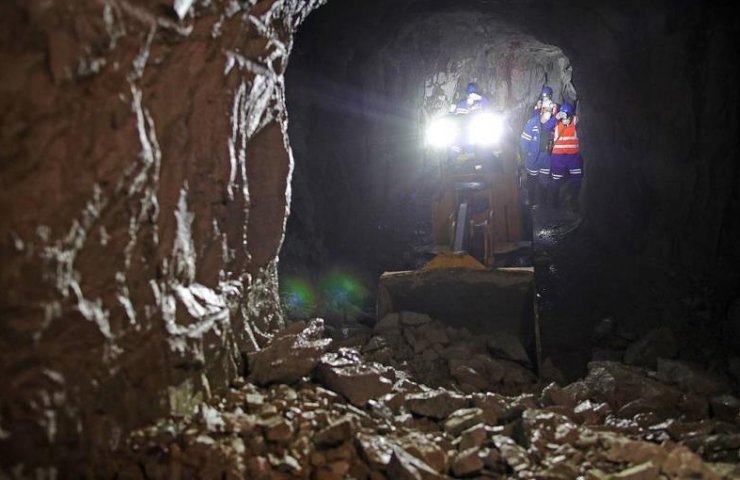 The bodies of two people who disappeared under the rubble during the collapse of the mines of the Asachinsky gold deposit in the Kamchatka Territory, were raised to the surface, said a representative of the mining company "Trevozhnoye Zarevo". He announced that the search for survivors had been completed.

“The second person was found dead and retrieved. The prospecting work has been completed, ”a company representative said. Previously, he reported on the death of the first tunneller.

The collapse of mines in Kamchatka occurred on January 6. Three workers managed to get to the surface on their own, two others were listed as missing. The Asachinskoye gold deposit is considered one of the main gold deposits of the South Kamchatka region.

The Asachinskoye gold deposit is located 160 kilometers from Petropavlovsk-Kamchatsky, in the Elizovsky municipal district. The licenses for the right to use the subsoil of the Asachinsky gold deposit are held by CJSC Trevozhnoye Zarevo. The company is engaged in the extraction of gold and silver ore. This mine is one of the main gold deposits in the South Kamchatka region.

Recommended:
China plans to build 600,000 more 5G base stations in 2021
Interpipe attracted a 37 million euro loan from Ukrgasbank
Russian automotive market shrank 9.1% in 2020
On this topic
A rock collapse occurred at the Pervomaiskugol mine - one worker remains under the rubble
Founder of one of the largest gold mining companies arrested in Russia for embezzlement
Extractive industry development roadmap will ensure Ukraine's GDP growth of $ 34 billion
Armenia and Azerbaijan draw a new border right in the middle of a gold mine
The number of victims of the breakthrough of the dam of the gold mine on the Ceiba River increased
In Kamchatka, a bear tore an employee of a gold mining company
Add a comment
Сomments (0)
News Analytics
Interpipe Steel: green metallurgy in Ukraine turns 9 years old18-01-2021, 15:28
Ukrmetallurgprom clarifies data on iron and steel smelting in Ukraine for 202018-01-2021, 12:50
At least 12 living miners remain under the rubble of a mine blown up on January18-01-2021, 11:47
In the Republic of Tuva, a citizen of China died as a result of a collapse in a17-01-2021, 11:44
Lenovo remains the global leader in personal computer shipments in 202017-01-2021, 08:19
China will overtake the United States to become the world's largest economy in27-12-2020, 12:04
The shortage in the US steel market will last at least until the end of the25-12-2020, 11:36
Steel production in China to surpass one billion tons this year23-12-2020, 10:59
Iron ore prices hit seven-year high and continue to rise15-12-2020, 10:26
Prices for metallurgical raw materials continue to rise in regional markets10-12-2020, 11:32
Sign in with: