As a result of the fire, which was immediately extinguished, there was smoke in the underground workings of the Sheregeshskaya iron ore mine. 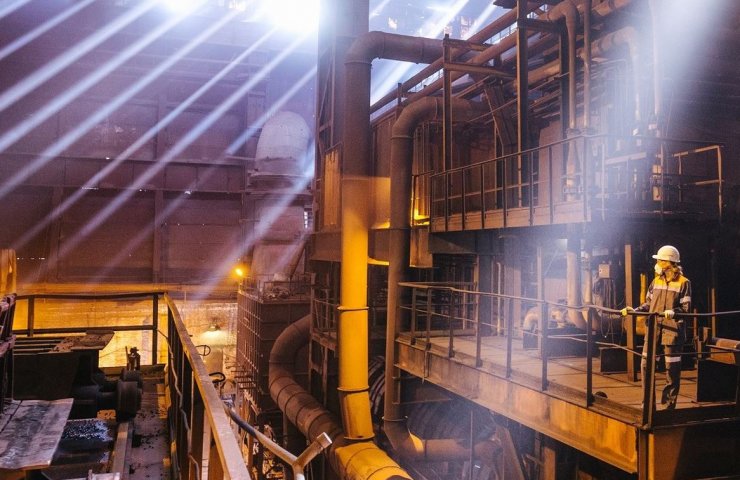 Miners of the Kuzbass iron ore mine "Sheregeshskaya" were evacuated due to smoke underground, the administration of the Tashtagol district of the Kemerovo region reported. According to the administration's press service, there was no open fire. None of the miners were injured, the message says.

“The fire occurred in a change house located underground,” said one of the mine workers. According to him, the fire was immediately extinguished.

As a result of the smoke, about 180 miners were raised to the surface. Specialists are currently investigating the cause of the incident.

"The horizon will be ventilated, and the mine will resume work," the press service of the Tashtagol region administration said.

In November last year, EVRAZ launched a digitalization project at the Sheregeshskaya mine. As part of the project, a high-speed data transmission network based on fiber-optic communication lines and a wireless LTE network were deployed in the underground mine.

The Sheregeshskaya mine is part of the EVRAZ ZSMK mining segment. Iron ore is mined underground. Sheregeshskaya produces up to 4.8 million tons of crude ore per year. This is the first mine in Kuzbass, where high-performance self-propelled equipment was used.

According to EVRAZ, today 95% of mining operations at the mine are carried out using modern tunneling machines, surface drilling machines, bolting machines, charging and auxiliary machines. The use of modern digital solutions in the future will allow the enterprise to increase the volume of crude ore production by 200 thousand tons per year.

Recommended:
Chinese automaker FAW reports significant growth in car sales in 2020
China plans to build 600,000 more 5G base stations in 2021
Ukraine starts monitoring greenhouse gas emissions from industrial plants
On this topic
Rostec has developed unique equipment for subsea oil production
KZhRK miners' strike threatens with loss of sales markets without prospects of their return
Wi-Fi technology in DTEK mine entered the Ukrainian Book of Records as the first and deepest in the
In the 3rd quarter 2019 consolidated crude steel production of Evraz decreased by 3.4%
EVRAZ will not increase its stake in Raspadskaya yet
Fire broke out at the mine "Stepnaya " SE "Lvovugol "
Add a comment
Сomments (0)
News Analytics
In 2021, Ukrzaliznytsia plans to repair more than 300 locomotives for UAH 426-01-2021, 15:30
Ukraine has enough "metals of the future" for the development of innovative26-01-2021, 14:40
High-speed railway line will connect the south of Kazakhstan and the capital of26-01-2021, 14:27
In 2021, an analogue of the US Department of Defense Research Projects Office26-01-2021, 11:24
Turkey plans to produce 100 tons of gold annually26-01-2021, 11:15
China will overtake the United States to become the world's largest economy in27-12-2020, 12:04
The shortage in the US steel market will last at least until the end of the25-12-2020, 11:36
Steel production in China to surpass one billion tons this year23-12-2020, 10:59
Iron ore prices hit seven-year high and continue to rise15-12-2020, 10:26
Prices for metallurgical raw materials continue to rise in regional markets10-12-2020, 11:32
Sign in with: