In the Republic of Tuva, a citizen of China died as a result of a collapse in a mine

In connection with the state of emergency, the investigative bodies of the RF IC in the republic are conducting a pre-investigation check for signs of a crime under Part 2 of Art. 216 of the Criminal Code of the Russian Federation ("Violation of safety rules during mining, resulting in the death of a person by negligence "). 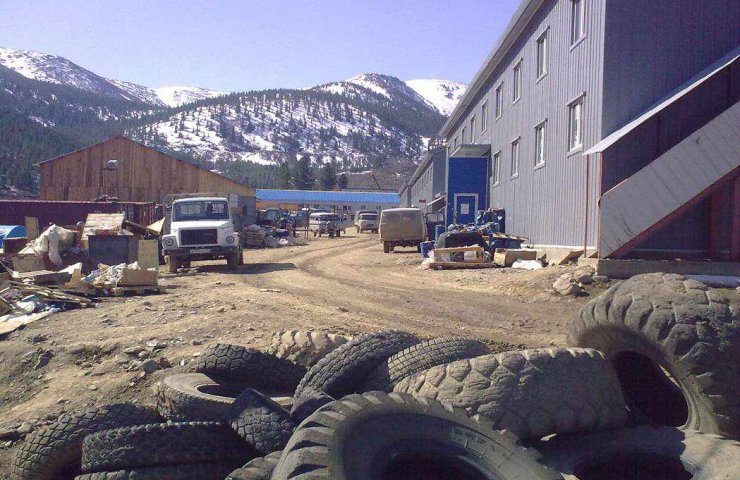 The Investigative Committee of Russia (TFR) began an inspection due to the collapse in the Tuvan mine of LLC Lunsin, which happened at about 10:00 today, January 17. One employee of the enterprise was killed - a citizen of the People's Republic of China (PRC).

“According to preliminary information, there were 42 workers at the mine. Directly at the site where the collapse occurred, there were three workers, two of whom left on their own. The body of a missing worker with no signs of life was removed from the rubble by rescuers, ”the website of the Investigative Committee of the Russian Federation says.

At the moment, all mine workers have been evacuated to the surface. Six people from the mine rescue team and one piece of equipment worked at the site of the collapse.

The ore mine, where the emergency occurred, suspended work for the duration of the inspection by law enforcement agencies.

Lunsin LLC was created in November 2005 specifically for the development of the Kyzyl-Tashtygskoye field, and received a license a year later. In 2015, the company commissioned a mining and processing plant with a processing capacity of 1 million tons of polymetallic ore and production of about 220 thousand tons of copper, zinc and lead concentrates.

The founder of Longxing LLC is Zijin Longxing Heilongjiang Mining Company, a member of the Zijin Mining Group.

Recommended:
Tesla will launch production of electric vehicles in India
Britain denies loan guarantees for metallurgical holding GFG Alliance
Iran overtakes India in sponge iron production to become world leader in DRI production
On this topic
An explosion occurred at the ArcelorMittal mine in Kazakhstan - one of the workers remains under
In Perm mini-hotel has died from-for break of a heating pipe 5 people
Russian police have detained opposition leader Alexei Navalny
Minamaneho heard the reports of heads of several state-owned mines
A safe full of gold discovered at the site of a dam break near Krasnoyarsk
In Kamchatka, a bear tore an employee of a gold mining company
Add a comment
Сomments (0)
News Analytics
Coronavirus drove Belgian skiers to the slopes of the Charleroi waste heap07-03-2021, 13:52
US Steel focuses on the production of nanosteel for high-strength alloys07-03-2021, 13:46
Poland could lead the race in hydrogen steel technology07-03-2021, 11:29
US Senate Adopts $ 1.9 Trillion Stimulus Package06-03-2021, 23:54
Tibet invests about $ 30 billion in infrastructure projects in 5 years06-03-2021, 14:39
Spread between raw materials and high strength alloy steel in Europe increased01-03-2021, 20:21
Increase in prices is forecasted in the markets of steel raw materials -26-02-2021, 09:25
Troy ounce of gold will drop $ 500 in two years - Fitch25-02-2021, 18:29
Global iron ore production growth to outstrip cumulative production in India23-02-2021, 10:22
Fitch Ratings Warns of “Shocking Impact” on Fossil Fuel Exporters18-02-2021, 14:44
Sign in with: