The new mine will supply China's domestic market with approximately 35 million tonnes of iron ore per year. 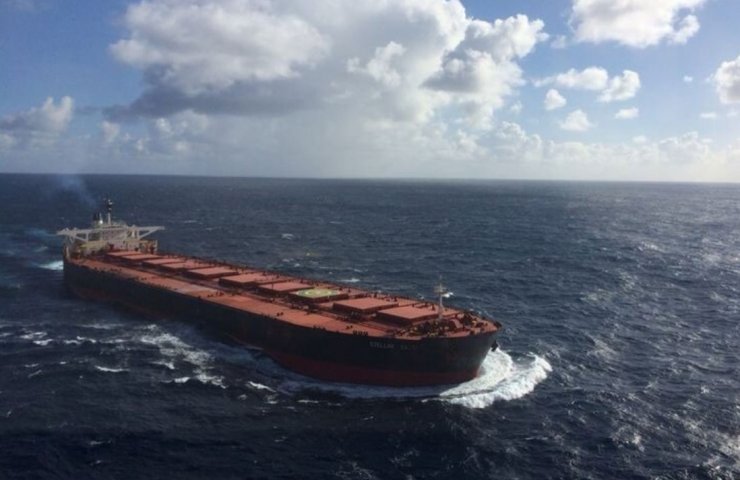 According to information received by the Xinhua news agency from Freetown, on Friday, the ship with the first shipment of iron ore headed from the port of Ash to China as part of a new project of the Chinese company Tsinghua to extract iron ore in Tonkolili in Sierra Leone. </p >

A new development project for the Tonkolili iron ore deposit was officially launched on September 23, 2020, with the investment of the Chinese company Tsinghua.

According to the head of the company Zhao Ting, the deposit in Tonkolili covers 408 km 2 , its reserves amount to about 13.7 billion tons of ore. A railway was laid to the deposit, a system for transporting raw materials to the port was established.

As you know, the economy of Sierra Leone is almost entirely dependent on the export of iron ore and metal ores. Minerals account for 77% of this small West African nation's export earnings.

Recommended:
5G Ultrasonic Robot Used for Remote Treatment in Tibet
Director of the Norilsk Concentration Plant detained in connection with the death of workers
EU enacted “enforcement of trade regulation” to circumvent WTO rules
On this topic
Iran detains Korean tanker carrying 7,200 tons of ethyl alcohol
For the first time, electric transport has become more cost-effective than with internal combustion
A billion tons of cargo have passed through the port of Dubai in 10 years, and most of them are
ArcelorMittal Kryvyi Rih installed a new crushing line
Iron ore and coal can significantly increase in price from-for quarantine in Australia
"Mechel" refused to share in the Elga coal Deposit
Add a comment
Сomments (0)
News Analytics
Metinvest will gain control over the largest producer of coking coal in Ukraine04-03-2021, 19:26
Ukrainian business sees great opportunities in expanding China's openness -04-03-2021, 19:08
The fall in the price of nickel by more than 8% was the sharpest in 4 years04-03-2021, 18:25
At the Yaroslavsky metallurgical plant in the Dnieper began to pay for new04-03-2021, 14:39
Novokramatorsk Machine Building Plant strengthens its position in the national04-03-2021, 14:44
Spread between raw materials and high strength alloy steel in Europe increased01-03-2021, 20:21
Increase in prices is forecasted in the markets of steel raw materials -26-02-2021, 09:25
Troy ounce of gold will drop $ 500 in two years - Fitch25-02-2021, 18:29
Global iron ore production growth to outstrip cumulative production in India23-02-2021, 10:22
Fitch Ratings Warns of “Shocking Impact” on Fossil Fuel Exporters18-02-2021, 14:44
Sign in with: