Denis Shmygal told the German official that this year the Ukrainian government faces the task of attracting up to 12 billion hryvnia this year from the sale of large-scale privatization objects. 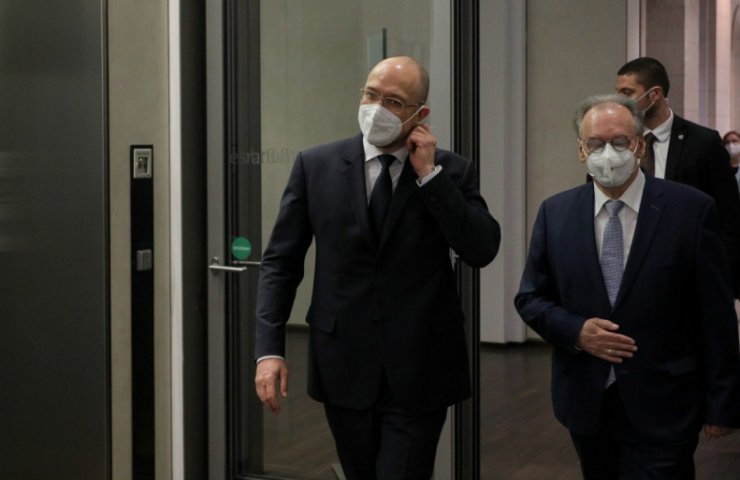 Denis Shmyhal noted that despite the COVID-19 pandemic and the high attention of the Ukrainian government to overcoming the consequences of the pandemic, Ukraine continues to actively implement reforms.

“The government has approved almost 100 priority investment projects for the period up to 2023 in energy, infrastructure, processing industry, tourism and sports. We prove that Ukraine has significant investment potential and is attractive, including for German investors, ”said Denis Shmygal.

Denis Shmygal thanked the German side for the high support of Ukraine, its sovereignty and territorial integrity.

"The support of our reliable partner Germany is extremely important both for the progressive movement of reforms and in the direction of bringing Ukraine closer to the European perspective," the Prime Minister emphasized.

Previously it was reported that the German energy company Siemens Energy and Rinat Akhmetov's energy holding DTEK, with the support of the governments of Germany and Ukraine, have agreed on a pilot project for the production of hydrogen fuel in Mariupol worth 25 million euros.

Recommended:
Ukrposhta carried out the largest purchase of cars in the Ukrainian market
Emergency summit on chip shortage to be held in Washington - Biden administration
Denmark buys 100 electric trains from French Alstom for $ 3.2 billion
On this topic
The Prime Minister of Ukraine discussed cooperation in space with a colleague from Luxembourg
The World Bank will lend Ukraine $ 300 million to overcome the consequences of the pandemic
How the reform of the electricity market in Ukraine can lead to a collapse and what to do about it
The world Bank has provided Ukraine a loan of $ 350 million
Stopped nuclear power plants and mines. What's going on in the energy sector of Ukraine?
The US state Department has called the date of visit Mike Pompeo in Kiev
Add a comment
Сomments (0)
News Analytics
The largest titanium deposit in Ukraine went to Dmitry Firtash14-04-2021, 17:16
Volodymyr Zelenskyy met with Lakshmi Mittal, Chairman of the Board of Directors14-04-2021, 17:27
Vostochny Ore Mining and Processing Plant reduced production of uranium14-04-2021, 16:47
The construction of the Euro-track Chop-Uzhgorod will be financed from the14-04-2021, 14:24
UAE partners with Japan's iSpace to send Rashid rover to the moon in 202214-04-2021, 10:34
World Steel Association defines green steel and its variations12-04-2021, 13:14
China unlikely to cut steel capacity in 2021 due to high steel prices07-04-2021, 12:11
Scrap metal market at the beginning of April02-04-2021, 11:10
Rising Chinese Prices Fueled Rising Global Steel Prices - MEPS25-03-2021, 18:54
Weakening demand will negatively affect quotations of steel raw materials17-03-2021, 15:39
Sign in with: