The system has accumulated 5,326 applications for permits and rights for exploration and production of minerals, concessions and renewals, which will not be considered when it is not known when. 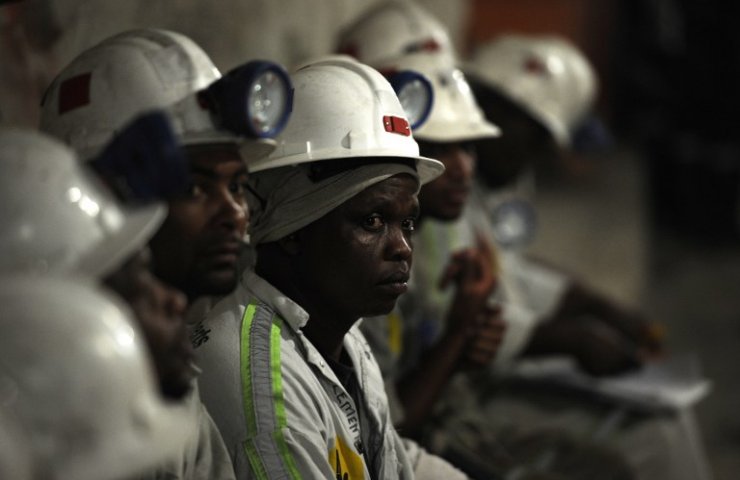 Director General of the Ministry of Mineral Resources and Energy (DMRE) Thabo Mokoena acknowledged that the South African Mineral Resources Management System (Samrad), which was introduced to allow the general public and investors to become familiar with the country's mining rights, is not functioning ... He stated this at a meeting of the parliamentary committee on minerals and resources on February 24, adding that the data in the system was incomplete and that ministry officials did not always enter data into the system.

However, Paul Miller, director of market intelligence and business data consultancy AmaranthCX, commenting after attending the virtual parliamentary meeting, said that DMRE admitted that it had accumulated 5,326 applications for permits and exploration and production rights , concessions and renewals. Of these, 235 pending applications relate to new mines, the processing of which could provide an immediate boost to economic growth.

The Zet Lusipo Minerals and Resources Committee Chair and other committee members on February 24 called on DMRE to provide more details on how long the various applications remained unauthorized, when they were filed, how long the work-in-progress was, and how many applications were filed with throughout each year to get an accurate picture of the lag.

The complication of mineral licensing is significant as it can take 10 to 20 years for a world-class mining project to go from discovery to production, and the disastrous state of the licensing process and regime in South Africa poses a significant risk to the mining industry in the country and its contribution to the economy and development.

Committee members expressed regret that the problems highlighted in the DMRE presentations have existed for a long time and that there does not seem to be a concrete plan for solving them.

“The only way out of this is radical transparency. In other countries, exploration expenditures are published monthly, and countries know exactly how much was spent, where, by whom and on what resources, ”Miller said.

Over the years, the industry has called for an inventory to ensure that mineral resources are exploited fairly, transparently and efficiently and with the greatest promise for legal compliance and environmental protection.

Recommended:
Zaporizhstal increased production of finished rolled metal products by 25% in March
China's foreign trade turnover grew by 29.2% in the first quarter of 2021
Honda suspends car production at all factories in the US and Canada
On this topic
Trump wants to ease environmental restrictions on the US mining industry
Luxembourg sets up European space mining center
Iron ore prices to surpass six-year high soon
South African producers of ferro-alloys're preparing for a tough beginning of 2020
Fitch analysts predict a rise in the use of drones in the mining industry
The price bubble in the ore market will soon deflate quickly
Add a comment
Сomments (0)
News Analytics
Владимир Зеленский провел встречу с председателем совета директоров14-04-2021, 17:27
Vostochny Ore Mining and Processing Plant reduced production of uranium14-04-2021, 16:47
The construction of the Euro-track Chop-Uzhgorod will be financed from the14-04-2021, 14:24
UAE partners with Japan's iSpace to send Rashid rover to the moon in 202214-04-2021, 10:34
Uralvagonzavod put into operation 334 units of new equipment in 202014-04-2021, 09:44
World Steel Association defines green steel and its variations12-04-2021, 13:14
China unlikely to cut steel capacity in 2021 due to high steel prices07-04-2021, 12:11
Scrap metal market at the beginning of April02-04-2021, 11:10
Rising Chinese Prices Fueled Rising Global Steel Prices - MEPS25-03-2021, 18:54
Weakening demand will negatively affect quotations of steel raw materials17-03-2021, 15:39
Sign in with: