The UK government is beginning to recognize the risks of disruption to the critical minerals supply chain. 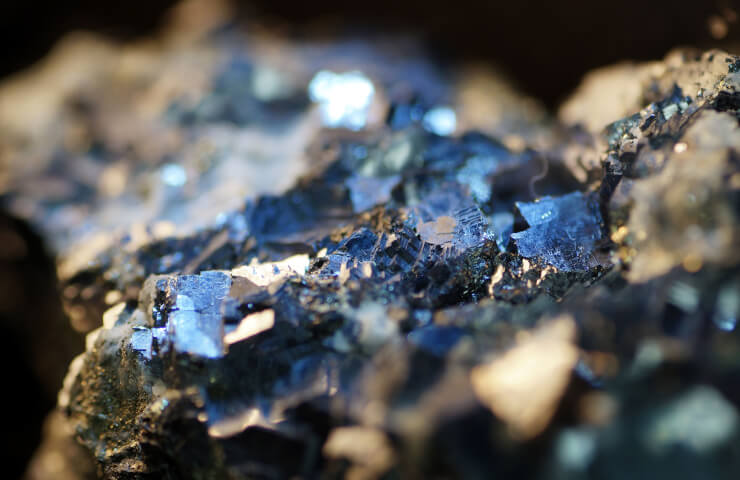 The government's Critical Minerals Unit should be an important first step in supporting mining, processing and manufacturing companies to overcome the complexities of Whitehall's cross-agency priorities, as well as decision makers in local, regional and autonomous administrations, and can provide a clearing house for government departments to come together to achieve a common goal, such as permits, Benham commented in a CMA newsletter.

Benham noted that a single point of contact for critical minerals policy could help avoid situations like the one that recently occurred in the European Union, where lithium was listed as an essential raw material, but shortly thereafter classified lithium chemicals substances as dangerous.

Lithium, cobalt, nickel, manganese, rare earths and graphite are commonly among the metals considered critical, although the list varies by country.

Some minerals that are considered critical on other lists around the world are not on the UK critical minerals list, such as copper and zinc, while the key battery metals nickel and manganese are only on the UK 'watch list'.

The government also plans to offer training in the critical minerals sector, the association says in a publication.

In July, the government developed the UK's first mining strategy. However, more action is still urgently needed to keep the UK on track to meet its decarbonisation goals, which require metals and minerals, according to the CMA bulletin.

Финансовая аналитика, прогнозы цен на сталь, железную руду, уголь и другие сырьевые товары. More news and analytics on Metallurgprom telegram channel - subscribe to get up-to-date market information and price forecasts faster than others.
Сomments
Add a comment
Сomments (0)
On this topic
Representatives of the EU and Ukraine discussed ways to export strategically important metals and
Biden: US will support new mines
Biden's Production Plan Requires Significant Increase in U.S. Mineral Production
South African authorities recognize mineral resource management as a constraint
Fitch analysts predict a rise in the use of drones in the mining industry
The State Geological Survey of Ukraine has developed an algorithm of actions in the event of
Recommended:
Ukraine reduced the export of semi-finished products from carbon steel by 70.3%
EU new car market continues to recover in double digits
Metinvest enterprises in Ukraine resumed work after massive shelling of infrastructure
News Analytics
Metinvest enterprises in Ukraine resumed work after massive shelling of29-11-2022, 11:59
The European Council added the violation of restrictive measures (sanctions) to28-11-2022, 14:22
The abolition of export duty in India may reduce the price of Turkish steel28-11-2022, 14:07
Australia and the UK aim to catch up and overtake China in the battery metal26-11-2022, 22:37
The United States imposed a ban on the import and sale of equipment from26-11-2022, 22:31
Commodity prices will fall, metals quotes will rise slightly - Focus Economics28-11-2022, 13:28
Platinum market to face shortage next year - WPIC22-11-2022, 18:25
Global steel demand falls and will fall by 2.3% in 2022: WorldSteel19-10-2022, 23:12
Iron ore prices fall to 11-month low15-10-2022, 10:36
China production cuts in winter will give limited boost to steel markets -15-09-2022, 10:09
Sign in with: